Peace-loving activist Danny Lim had never incurred a criminal conviction. That was until February 2016, when a Sydney magistrate convicted the septuagenarian of offensive behaviour for displaying this sign in Edgecliff one morning in August 2015:

PEACE BE WITH YOU.

(Lim’s sign featured an upside-down, rounded A, which replaced the “A” in the word “CAN’T”)

According to the magistrate, Lim’s allusion to the word “cunt” with reference to then-prime minister Tony Abbott was likely to arouse anger, resentment, disgust or outrage in the mind of the “reasonable person”. Lim was fined A$500.

But last month, the NSW District Court overturned Lim’s conviction. Judge Scotting reasoned that Lim had not directly used the “impugned word”. Rather, Lim had adapted the word “can’t” as a play on words. The judge held that criticism of politicians — even the prime minister — is an “essential and accepted part of any democracy”. He stated:

The prevalence of the impugned word in Australian language is evidence that it is considered less offensive than other English speaking countries, such as the United States.

Australia may have a reputation for robust language. But this is at odds with its historical and continued criminalisation of swearing.

Since colonisation, those in power treated swearing as a disease, rampant among the “criminal classes”. While the colonial elites could not eradicate this infliction entirely, they could at least confine it to private spaces. Consequently, laws were enacted to criminalise the public utterance of obscene language.

These laws have had a lasting impact. Police continue to fine and charge people for offensive language, particularly those who regularly occupy public space: people who are homeless, youth and many Indigenous Australians.

Australia’s punishment of swearing can be traced back to the very first criminal trial in NSW. On trial was convict Samuel Basrby, sentenced in 1788 to 150 lashes for calling sergeant marines “bloody buggers”. As historian Robert Hughes wrote, even 25 lashes (a “Botany Bay dozen”) was “able to skin a man’s back and leave it a tangled web of criss-crossed knotted scars”.

Obscene language laws were initially confined in scope to punish convicts who insulted their British overlords. But in 1849 comprehensive obscene and indecent language provisions were enacted in NSW. Similar laws were soon adopted across the colonies.

Police used these laws to coerce respect for their authority in public space. Private citizens levelled accusations of vulgarity against fellow private citizens, thereby asserting their own superior moral status while downgrading others.

This public performance of civility was particularly important in the Victorian era: a time where sex, excrement, body parts and bodily functions were “hidden away in swaths of fabric and disguised in euphemisms”. Noteworthy euphemisms of the time included “limb” for leg, “perspire” for sweat, “confinement” for pregnancy and even “accouchement” for having a baby. These polite substitutions advertised one’s delicate sensibilities and good breeding.

Silence in the courts

A product of these squeamish attitudes was the use of a slip of paper in obscene language trials. This practice occurred from the mid-19th to mid-20th centuries to avoid speaking obscenities aloud in courts.

Upon this paper was written the defendant’s alleged utterance. The complainant would pass the slip of paper to the accused, for them to confirm or deny their use of the words. The paper was then handed to the police magistrate who would pronounce a verdict of innocence or guilt. If the latter applied, the magistrate would hand down a fine or prison sentence, and publicly admonish the defendant for their vulgarity.

The slip of paper provided a means to contain “dirty” words in the sanctimonious setting of a courtroom. As a result, few records indicate which words were subject to obscene language charges. They clearly included “the Four Indispensable B’s” — bastard, bitch, bloody and bugger, and slurs such as “whore”, “devil” and “bludger”. And given their longevity, the laws undoubtedly targeted the words “fuck” and “cunt”.

All Australian states and territories retain laws that criminalise offensive, obscene or indecent speech in or near a public place. These laws are descendents of historical obscene speech provisions, and confined to verbal speech. Meanwhile written signs and displays (such as a lewd t-shirt or a sign like Lim’s) are punished as offensive behaviour.

Now seems as good a time as any to ask, as the Australian Law Reform Commission has in its latest inquiry into Indigenous incarceration: Should offensive language remain a criminal offence?

While offensive language crimes no longer target the “four B’s”, police regularly use these powers in response to the words “fuck” and “cunt”, uttered towards them or in their presence. Police have significant discretion: they may choose to ignore these words, issue a caution, a warning, issue an on-the-spot fine or charge the person with a criminal offence.

We can safely predict that future defendants — not so prominent as Danny Lim — will incur fines and convictions for saying “fuck”, or calling police or politicians a “cunt”. Unlike Lim, many will lack the resources, the will or the nerve to challenge these fines or charges. Even if they do appeal their convictions, they still might get an unsympathetic judge.

Modern English speakers should be sophisticated enough to recognise that four-letter words are not inherently disgusting or dangerous. Society bequeaths upon these words their “taboo” status: bad words are “bad” because they are forbidden, and forbidden because they are bad. Swearing is not limited to “criminal” or “uneducated” classes. Instead, swear words are ubiquitous in popular culture, among young and old, those with university degrees and even politicians.

Isn’t it time that Australia ditched anti-swearing laws and embraced its colourful vocabulary? 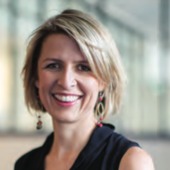