All-encompassing crises like a pandemic can expose systemic flaws and failures in government and society, clearing the decks for radical reform and renovation.

The question is in which direction and in whose interests.

Last week, Prime Minister Scott Morrison announced a four-phase plan to lead Australia out of the COVID-19 crisis. The plan was devoid of numbers, facts, targets or commitments. But Morrison nonetheless declared it to be a “New Deal”.

It would be tempting, but mistaken, to pass this off as just one more politician riffing off US President Franklin D. Roosevelt, who coined the phrase in 1932.

Yet, the disruption caused by the fear of COVID has delivered the Morrison government an unexpected opportunity to reshape Australian politics and society along neo-liberal lines.

Roosevelt’s vision for a new America

In the early 1930s, Roosevelt was confronted by a social and economic catastrophe — the Great Depression.

His genius was to understand that a bold, radical reshaping of the economy and society was required to overcome the crisis and forestall the rise of alternatives to democracy from both the right and left.

The core of Roosevelt’s New Deal was redistribution of wealth from the few to the many. He ran large budget deficits, increased government spending and taxation, imposed regulations to rein in the worst excesses of the banks, and commissioned massive public and social works programs.

Roosevelt’s New Deal shifted the balance from profits to wages, created millions of new, better-paid jobs and stabilised society at a higher and better level for the American people.

The New Deal spent big to save on the grandest scale.

Neo-liberalism’s impact on the COVID response

The resurgence of casino capitalism in the 1980s reinvigorated the free-market opponents of the New Deal era.

In the US, the neo-liberals laid waste to much of the New Deal public health system. In the UK, decades of “market reforms” to the National Health System steadily eroded the principles of public health provision.

These reforms were prosecuted in the name of providing choice and efficiency and went largely uncontested by public opinion.

But they had long-term and serious consequences that the COVID pandemic cruelly exposed. Neo-liberalism undermined the ability of public health structures and institutions to provide independent and open scientific advice.

The US, UK and Brazil were all run by neo-liberal governments when the pandemic emerged, committed to free markets, small governments and budgets balanced by massive reductions in outlays on education, welfare and, ominously, public health.

Eighteen months into the pandemic, the three countries have recorded a combined 57 million cases and 1.25 million deaths (and counting) from COVID-19, with the actual death tolls considerably higher.

By contrast, in countries that moved rapidly to apply tried and tested public health principles through long-established and resilient structures, COVID deaths and illnesses were, with difficulty, contained.

These countries dealt with the realities of COVID as best they could and strengthened their responses as dictated by the accumulation of facts and evidence. Broadly, science dictated the response.

In Australia, the split between traditional public health principles and the neo-liberal response to COVID was apparent from early 2020.

The initial response of the Morrison government and its planning for COVID was deeply influenced by the UK and US.

In the critical early months, the Morrison government kept most borders open, limited surveillance of incoming travellers, moved too slowly to ban the export of PPE packs and let aged care operators follow free-market, self-regulation principles in the hope of reducing risk to residents and staff.

This laissez-faire approach provoked dismay and incredulity within the robust public health system.

Propelled by public health professionals and the public, the country locked down at the end of March, and after a rocky few months, brought about COVID zero.

This brought time and options to build an effective quarantine system and organise vaccine supply. But the Morrison government squandered the gift.

From mid-2020, the economic and social disruption caused by the COVID response should have begun to dissipate. But instead, the Morrison government made the critical decision that prolonged and intensified the misery of the pandemic.

Rather than sign contracts with a number of vaccine manufacturers to guarantee adequate supplies this year, the government put much of its faith in one candidate – AstraZeneca.

And after the more infectious Delta variant emerged in December 2020, the Morrison government resisted all entreaties, pleas and scientific evidence to build Delta-proof quarantine facilities.

The effect of these two decisions has been to prolong Australia’s emergence from the botched COVID response until next year.

On the present trajectory, there is no way most Australians will travel abroad again until sometime after March 2022 — the second anniversary of the lockdown that saved Australia.

A ‘New Deal’ that leaves people behind

The Morrison government did not create COVID, but it has skilfully magnified the impacts of COVID in Australia to clear the decks for its own “New Deal”.

But the only thing Morrison’s New Deal has in common with FDR’s is massive deficit spending.

When faced with mass dismissals of employees early in the pandemic, the federal government’s huge stimulus packages fell short. The sharpest blows and cuts fell on the universities, the arts sector and casual and gig economy workers.

JobKeeper arrangements largely excluded the hundreds of thousands employed in these sectors.

Frydenberg says Jobkeeper is “uniquely Australian”. It is also uniquely cruel.
It excludes too many workers including many casuals, entertainment workers and temporary-visa workers. What are excluded workers to do?
Starve? https://t.co/9iaHM8zuTe

Businesses applied for JobKeeper on the basis that earnings would fall. But as was reported earlier this year, more than 30 ASX-listed companies recorded higher profits last year after receiving hundreds of millions of dollars in JobKeeper subsidies than before the pandemic.

Shadow assistant treasurer Andrew Leigh has said between $10-20 billion could have gone to firms with rising profits.

Unlike Roosevelt’s New Deal, which lifted millions of people from poverty to sustained prosperity with a commitment to open democracy, Morrison’s plan for the future doesn’t contain a strong enough safety net to support those in need.

The need for openness and transparency

It is also deeply wrong such a blueprint is being put together behind closed doors, with the input of like-minded politicians, sectional interests and lobbyists, but without the involvement of the Australian people.

All the goals, assumptions, modelling, advice and arguments should be published in a white paper.

Let the Morrison government make its best case for reopening Australia’s borders without full vaccination of the population and a variant-proof quarantine system.

Put on the table the plans for vaccine passports and how the international travel system might be reconstructed to let people travel and not the virus.

Rather than concentrate on the gauzy benefits of “freedom”, the government needs to outline the costs in lives and jobs that will accrue to vulnerable and less-wealthy Australians.

Let’s have a full and frank discussion of the increase in surveillance and the erosion of rights and liberties that have taken place in the name of containing COVID.

And be told what, if anything, is being planned to ensure the next pandemic will be managed far better than the government has managed COVID.

Only a process based on the values of truth, transparency and debate can rebuild people’s confidence and trust in government. The New Deal Australia wants and needs is not the Old Deal being constructed in Scott Morrison’s Canberra office. 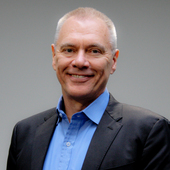