When Sydney grandmother Maria Exposto was last week sentenced to death by a Malaysian court for drug trafficking, she wasn’t the first Australian to be caught overseas with drugs, or to face the death penalty as a result.

What is both unique and troubling about the 57-year-old’s case is that she is the first known Australian to be handed the death penalty as a result of romance scam.

The Australian and Competition Consumer Commission’s Targeting Scams report, also out last week, revealed that A$42 million was reportedly lost to romance fraud by Australian victims in 2017.

But Maria Exposto’s case shows that the consequences of romance fraud are not just financial. It could cost you your life.

Maria Elvira Pinto Exposto was arrested in Kuala Lumpur Airport in 2014, with more than 1kg of crystal methamphetamine sewn into her suitcase. Throughout her arrest and subsequent court case, she maintained that she was the victim of romance fraud.

The original 2017 court decision regarding Maria’s case was significant. She was found not guilty of drug trafficking charges, the judge Dato Ghazali accepting that she had been duped into carrying drugs by her online boyfriend.

The judge reportedly accepted that Maria had been groomed for more than two years by a man online claiming to be in the US military. Her trip through Malaysia was the result of his request to pick up a bag and travel with it from Shanghai to Melbourne.

This was the first time that a judge had recognised romance fraud as a mitigating factor in favour of the accused, and delivered a not guilty verdict.

But on appeal last week, this original ruling was overturned. Maria was found guilty of drug trafficking and will now face death by hanging. Her lawyers are said to be considering a new appeal.

Not the only one

Sadly, Maria is not the only victim to be held in an overseas jail as a consequence of falling victim to romance fraud. There are many others who have reportedly faced similar circumstances.

In each case, the scenario is identical. Each of the accused was involved with a partner they had met online. Each was travelling at the request of their partner. Each had accepted a suitcase from their partner (or partner’s associate), which had drugs sewn into the lining.

For too long, victims of romance fraud have been dismissed as foolish, naïve and responsible for their own victimisation. The severity of the impacts and consequences of romance fraud are ignored. The role of the offender in all of this is invisible and therefore absent.

There is evidence to suggest that romance fraud offenders are using psychological abuseand coercive control techniques established in the domestic violence literature to perpetrate these offences. They are highly skilled individuals who use every means possible to deceive, manipulate and exploit victims.

For most victims, this means the loss of money. But for others it is far more serious and can also pose a risk to their physical safety. Victims can often be persuaded to travel overseas to meet with their partner, as demonstrated above.

Apart from potential exploitation as a drug mule, it can also expose them to kidnapping, ransom and extortion.

In the tragic case of Western Australian grandmother Jette Jacobs, it resulted in her death, allegedly murdered by her online lover Jesse Orowo Omokoh, who had defrauded her of more than A$90,000.

The statistics on romance fraud are staggering. Importantly, they are not declining, with the ACCC also reporting that A$42 million was lost to romance fraud in 2016.

Behind each statistic is a person: a mother, father, brother, sister, grandmother, grandfather, friend or colleague. Each one of them could have been facing the same situation as Maria. We need to shift the discussion of romance fraud away from the allure of victim culpability.

Instead, we need to acknowledge it for what it is: a serious crime that poses severe, ongoing and potentially deadly consequences to thousands of Australians, perpetrated by highly skilled, expert offenders.

Tragically, in the case of Maria Exposto, it could result in the loss of her life.

How many more lives need to be affected before we decide that romance fraud is a serious problem worthy of our attention?

If you have been the victim of romance fraud, you can report or seek assistance via the Australian Cybercrime Online Reporting Network (ACORN), Scamwatch, or iDcare.

If you need to talk to someone as a result of romance fraud, you can contact Lifeline on 13 11 14. 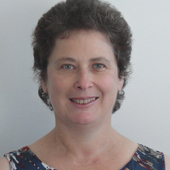 FOR MORE ON THIS SUBJECT – https://datingsidekick.com/best-online-dating-tips/