More than a dozen COVID leaks in 6 months: to protect Australians, it’s time to move quarantine out of city hotels

In the past week, at least six Australians returned home uninfected only to acquire the coronavirus while undergoing quarantine in hotels in Sydney and Perth.

One traveller left a hotel after 14 days in quarantine and moved around Perth for five days before taking a flight to Melbourne, where he tested positive to COVID-19. This led to a three-day community-wide lockdown in Perth and Peel.

By now, this is all feeling fairly repetitive. Since a COVID case leaked from the Peppers Hotel in Adelaide in November, there have been 16 leaks across Melbourne, Sydney, Brisbane, Adelaide and Perth.

While most have led to low numbers of community cases, the Sydney leak in December led to the Avalon cluster, which infected 151 people. And of course, earlier in the pandemic, the infection of staff in two Melbourne quarantine hotels led to Victoria’s infamous second wave.

So what’s going so wrong in hotel quarantine in Australia, and is it finally time to move it out of cities?

Why is hotel quarantine failing?

Supervised quarantine was mandated by the federal government on March 28 last year. State and territory governments were given mere days to set up hotel quarantine systems.

Judge Jennifer Coate cited this short notice as one of the factors that led to the failure of the system in Victoria in the hotel quarantine inquiry report.

But we’ve had time now to get it right — and we still haven’t. Importantly, despite having been mandated by the federal government, there’s no national standard for how quarantine is implemented.

During 2020, the focus of precautions was on preventing transmission via large respiratory droplets and surfaces. This was achieved through ensuring physical distancing by making hotel guests stay in their rooms, providing staff with surgical masks, and giving hand sanitiser to guests and staff.

However, an inquiry into the Peppers Hotel breach found it probably occurred by airborne transmission. This refers to very tiny virus-contaminated droplets that hang around in the air for longer, and spread further.

Two leaks in the Park Royal and Holiday Inn Airport hotels in Melbourne in February were also most likely caused by airborne transmission.

Recent transmission between residents in adjacent rooms in two hotels in Sydney and the Mercure Hotel in Perth can only be explained by airborne transmission.

Evidence suggesting airborne transmission is responsible for the majority of transmission within Australia’s hotel quarantine system continues to stack up. The two main measures to prevent this are improved ventilation and the wearing of appropriate personal protective equipment (PPE) by staff.

In preparing this article, I reviewed the policies in each of the six states based on information on health department websites and press releases. I found significant differences between the states.

South Australia and Victoria were similar in that both states had done ventilation audits in hotels. However, SA only assessed its designated medi-hotel Tom’s Court (where COVID-positive patients stay), whereas Victoria assessed every hotel room and, where necessary, made modifications to ensure these rooms have “negative pressure”. This means when the door is opened, air flows inwards rather than outwards.

Western Australia did a ventilation audit in March and found the Mercure was high-risk. But action wasn’t taken in time to prevent the room-to-room transmission.

There’s no public evidence to suggest the other three states have conducted ventilation audits.

In South Australia, in designated orange and red zones of hotels, staff must wear respiratory masks such as N95 and P2. In Victoria, all staff in open areas must wear an N95 mask and a face shield. In the other states, staff are provided with surgical masks, which don’t protect against airborne spread as effectively as respiratory masks.

While staff in all states are tested daily, the number of times guests are tested varies considerably — four times in Victoria, three in South Australia and twice in other states.

This is important because in a state such as New South Wales where testing is done on days two and 12, guests who test negative on day two might be incubating the virus, then become positive and be infectious for up to ten days before being identified.

What’s the future of hotel quarantine?

As COVID-19 cases surge around the world, an increasing proportion of returned travellers will be infected. As of April 27, there were 255 active cases nationwide in hotel quarantine.

Given the high number of cases globally and the slow rollout of vaccines in most countries, Australia will need supervised quarantine for some time to come, most likely until 2023.

The Howard Springs facility in the Northern Territory is ideal. Single-storey cabins, separate air conditioning systems, outdoor verandas and a nearby hospital make it fit for purpose. And there have been no leaks despite high numbers of infected residents.

It’s now time to invest in similar facilities in every state and territory. Quarantine is our first line of defence against the virus. It needs to be 100% effective to maintain our hard-earned status of having zero community COVID cases. That achievement is what has put us in the enviable position of a growing economy and a public almost back to their pre-pandemic quality of life.

In the meantime, quarantine hotels in every jurisdiction must adhere to consistent, evidence-based standards. The Australian Health Protection Principal Committee should meet urgently to develop a national code of practice, which needs to effectively address airborne transmission through attention to ventilation and the provision of fitted respiratory masks and face shields to all staff working in open areas.

Given the rate of quarantine leaks during the past six months, without improvements, the system will likely see over a dozen more leaks by October, causing frequent disruptions to our lives. The impact on the economy and public confidence will be immeasurable. 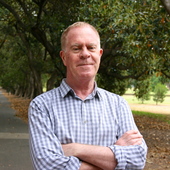