Immigration is often targeted when population levels seem out of control. But will a moratorium give Australia the supposed breathing space it needs?

Concerns about immigration and a perceived population crisis have crossed over the spectrum of Australian politics. One Nation’s Pauline Hanson has called for a plebiscite on immigration, while Labor leader Bill Shorten has raised concerns about the number of temporary migrants in Australia.

Immigration Minister Peter Dutton has said a cut to immigration numbers would have economic benefits, contradicting Treasurer Scott Morrison. And Smith’s idea to halt immigration to allow the nation’s infrastructure time to catch up with population demand is shared by prominent public figures, including Bob Carr and Dick Smith.

Last night I took up an invitation to join Andrew Bolt on the @theboltreport to discuss population matters and my views that it’s now time to better plan for Australia’s growing #population. #Auspol

WATCH: Liberal senator @DeanSmithWA says the same sex marriage debate showed him Australia can have an adult conversation about our immigration levels. 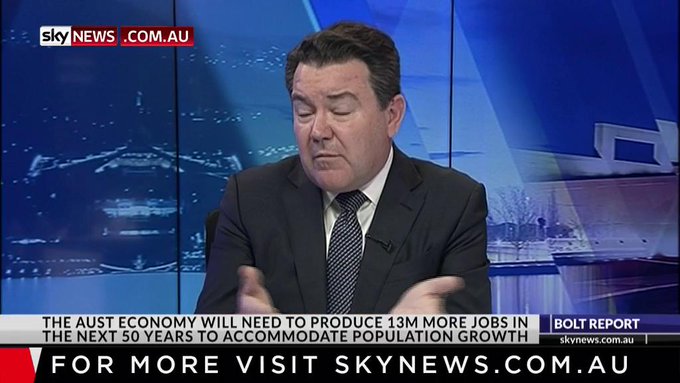 The latest available research suggests immigration levels at “about 160,000 and 210,000seem to have the ‘best’ impact by 2050 on ageing of the population and the rate of growth of GDP per capita”.

Current ABS projections provide an opportunity to examine what Australia’s demographic composition could look like if net overseas migration was zero, 200,000 (low), 240,000 (middle) or 280,000 (high) per year.

Based on 2011 census data, and medium-range assumptions for fertility and life expectancy, the 2013 (medium range) projections are tracking well with current estimates. These projections provide an indication of the impact of migration, measured as net overseas migration. Net overseas migration reflects the balance of incoming and outgoing movements and includes both permanent and temporary migration.

Population composition is an important indicator to consider, rather than size alone. Age distribution is essential to understanding the fiscal opportunities and challenges a population faces.

Comparing the four net overseas migration scenarios illustrates the important contribution migration makes to Australia. The so-called dependency burden – the ratio of the number of children (0-14 years old) and older people (65 years or over) to the working-age population (15-64 years old) – is higher for zero and low net migration levels.

Planners need to know expected population size and growth to ensure adequate services and provisions. The ABS has produced projections for national and sub-national populations since 1950.

Population inquiries throughout Australia’s history have consistently called on such statistics to enable the country’s responsiveness and preparedness to accommodate numbers. Australia hasn’t set any population targets, mainly to avoid coercive population measures (such as mandating birth rates) and to allow flexibility in government policy, particularly around immigration intake.

Estimating population size and growth into the future is about what might be (projection) and not what will be (forecast). So population projections are not predictions; they’re calculations of potential future populations based on assumptions about possible births, deaths and migration.

The “best-before-date” for population projections is considered to be around 5-10 years from the initial base year of calculation. This is why projections should be regularly updated based on best available population data (the census and vital statistics) to ensure assumptions reflect births, deaths and migration trends.

Australia is one part of the global community. Cutting immigration to Australia will impact the demographic composition of the country, with consequences for the working-age population and income tax base.

Australia doesn’t need a moratorium. What we need is a respectful, open and evidence-based population discussion.

Further reading: A long fuse: ‘The Population Bomb’ is still ticking 50 years after its publication 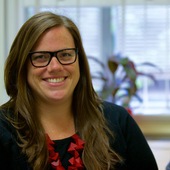 Why the way we approach transgender and non-binary healthcare needs to...

It’s a busy night sky this July, so make sure you...

In the Democrats’ bitter race to find a candidate to beat...

The government’s coronavirus mobile app is a solid effort, but it...

These Aussie teens have launched a landmark climate case against the...