TAGG-Toorak Times
Home CONTRIBUTORS/BLOGGERS #MeToo catches up with spiritual healers: the case of Brazil’s John of...

We’ve seen countless spiritual leaders and religious institutions embroiled in sexual abuse scandals around the globe. Most people are familiar with the scandals in the Catholic Church and other mainstream religious groups. But there have also been scandals in Ashrams, and Zen and Tibetan Buddhist groups.

The latest scandal involves the Brazilian faith healer João Teixeira de Faria, known as João de Deus (John of God), who in the past two decades has become a global guru for hundreds of thousands of ordinary people. Even celebrities such as Oprah Winfrey and performance artist Marina Abramovic have visited and promoted him (before the scandal).

John of God claims to be an unconscious medium for spirits who heal through him. He rose to fame due to his remarkable healing methods – he performs actual physical surgery without anaesthesia. Pilgrims don’t seem to develop infections and many report a cure of their symptoms after seeing him.

In her book John Of God: The Globalization of Brazilian Faith Healing, the co-author of this article, Cristina Rocha, interviewed Westerners who visited John of God. They told her they were seeking not only physical but also emotional and spiritual healing. Many said the experiences at the healing centre were a turning point, which made them believe in the power of the supernatural and changed their lives.

During the decade-long research, Rocha heard rumours about the sexual abuse of women but nothing was ever substantiated. Previous investigations resulted in no convictions.

Everything changed in early December, 2018 when 13 women told stories of being sexually abused by de Faria in an explosive interview on Brazilian prime-time TV. Many more women disclosed their abuse to Brazilian police. So far, around 600 Brazilian and foreign women and young girls have described similar experiences of sexual abuse, including rape allegations.

It’s been reported that police found unregistered weapons and around US$400,000 in several currencies hidden in de Faria’s home, in addition to around US$10 million in bank accounts. Allegations have also surfaced of the imprisonment of poor young women who were paid to bear babies for adoption overseas. de Faria denies the allegations.

John of God surrendered himself to police in December and has been remanded in custody since the investigations began. Court cases are likely to follow.

The power of spiritual leaders

Australia’s royal commission into child sex abuse exposed that children and other vulnerable groups were far more likely to be sexually abused in religious and spiritual settings. We also know victims often don’t report abuse for fear of retaliation and deep shame. Those who did report their abuse were often not believed and punished further.

In some cases, even after religious and spiritual leaders are found guilty, many followers have a hard time believing the man whom they trusted and was holy in their eyes was actually a sexual predator.

Many foreign followers of John of God have been sceptical of the allegations. This may be because the tour guides who take groups to see the him have downplayed the scandal on social media.

Spiritual organisations are largely patriarchal and hierarchical and there is little or no transparency and accountability. This makes sexual abuse perpetrated by spiritual leaders particularly problematic.

Spiritual leaders such as de Faria tend to be charismatic and are seen as having special powers derived from supernatural sources. They are treated with reverence, often feared and understood as extraordinary men. So, they command a double authority; first as men and second as otherworldly due to their connection to the supernatural.

After witnessing one of de Faria’s surgeries, one follower told Rocha:

This is what I said to myself, ‘This is what Jesus did.’ He was divine power, divine healing incarnate. He used himself to deliver this type of energy people needed. When I saw that, I was like, ‘This is my place. He will heal me’.

The charisma of the leader makes victims believe they are chosen and given special status. This creates a powerful emotional attachment to the spiritual leader, which can put them at risk of manipulation and abuse.

They may doubt the truth of their own experiences of abuse (they may think they are not holy enough to understand what is happening to them). They may fear being ostracised by the religious community or the wrath of the supernatural world.

The royal commission heard evidence that a spiritual leader “can look into a person’s soul and know exactly what is right for them”, including using sexual force as part of a what the leader may claim to be a necessary path to spiritual enlightenment.

Women who were allegedly abused by John of God reported he told them sexual contact was a way to heal them and they would be cursed if they were to reject his requests.

What should we do about it?

The arrest of John of God, and the discovery of the extent of the abuse among women and children, is a wake-up call to further investigate the ways in which spiritual leaders and their groups operate outside the bounds of organisational accountability and transparency.

One immediate way forward is for governments to introduce laws that regulate the bureaucratic practices of such organisations through instituting professional standards, criminalising non-disclosure. Appropriate staff training and ensuring mandatory reporting protocols for all staff should also be instituted.

This would send a strong signal and draw a clear line about what is and isn’t acceptable behaviour by all leaders in such positions of power, and crucially make an immediate difference to the safety of women and children in spiritual organisations. 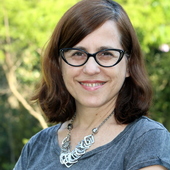 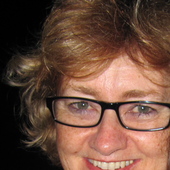 Around half of 17-year-olds have had sex and they’re more responsible...

We’re not as Grinchy as we think: how gift-giving is inspired...