Within just a few generations, human sperm counts may decline to levels below those considered adequate for fertility. That’s the alarming claim made in epidemiologist Shanna Swan’s new book, “Countdown”, which assembles a raft of evidence to show that the sperm count of western men has plunged by over 50% in less than 40 years.

That means men reading this article will on average have half the sperm count of their grandfathers. And, if the data is extrapolated forwards to its logical conclusion, men could have little or no reproductive capacity from 2060 onwards.

These are shocking claims, but they’re backed by a growing body of evidence that’s finding reproductive abnormalities and declining fertility in humans and wildlife worldwide.

It’s difficult to say whether these trends will continue – or whether, if they do, they could lead to our extinction. But it’s clear that one of the main causes of these issues – the chemicals we’re surrounded by in our everyday lives – requires better regulation in order to protect our reproductive capacities, and those of the creatures with which we share our environment.

Studies revealing declining sperm counts in humans aren’t new. These issues first received global attention in the 1990s, though critics pointed to discrepancies in the way sperm counts were recorded to downplay the findings.

Then, in 2017, a more robust study that accounted for these discrepancies revealed that the sperm count of western men had declined by 50%-60% between 1973 and 2011, dropping on average 1%-2% per year. This is the “countdown” to which Shanna Swan refers.

The lower a man’s sperm count, the lower their chance of conceiving a child through sexual intercourse. The 2017 study warns that our grandchildren could possess sperm counts below the level considered suitable for successful conception – likely to force “most couples” to use assisted reproduction methods by 2045, according to Swan.

Equally alarming is an increase in the rate of miscarriages and developmental abnormalities in humans, such as small penis development, intersexuality (displaying both male and female characteristics) and non-descended testes – all found to be linked to declining sperm count.

Why fertility is falling

Many factors could explain these trends. After all, lifestyles have changed dramatically since 1973, including changes in diet, exercise, obesity levels and alcohol intake – all of which we know can contribute to low sperm counts.

But in recent years, researchers have pinpointed the foetal stage of human development, before any lifestyle factors come into play, as a decisive moment for men’s reproductive health.

During the “programming window” for foetal masculinisation – when the foetus develops male characteristics – disruptions in hormone signalling have been shown to have a lasting impact on male reproductive capabilites into adulthood. This was originally proven in animal studies, but there’s now growing support from human studies.

This hormonal interference is caused by chemicals in our everyday products, which have the capacity to either act like our hormones, or to prevent them from functioning properly at key stages in our development.

We call these “endocrine-disrupting chemicals” (EDCs), and we’re exposed to them through what we eat and drink, the air we breathe, and the products we put on our skin. They’re sometimes called “everywhere chemicals”, because they’re very difficult to avoid in the modern world.

EDCs are passed to the foetus by the mother, whose exposure to the chemicals during her pregnancy will determine the degree to which the foetus experiences hormonal interference. That means that present-day sperm count data speaks not to the chemical environment today, but to the environment as it was when those men were still in the womb. That environment is undoubtedly becoming more polluted.

It’s not just one specific chemical causing the disruption. Different types of everyday chemical – found in everything from washing up liquids to pesticides, additives and plastics – can all disrupt the normal functioning of our hormones.

Some, like those in the contraceptive pill, or those used as growth promoters in animal farming, were specifically designed to affect hormones, but are now found throughout the environment.

Are animals suffering too?

If chemicals are to blame for declining sperm counts in humans, you’d expect the animals that share our chemical environments to be affected too. And so they are: a recent study found that pet dogs are suffering the same decline in sperm counts for the same reasons as we are.

Studies of farmed mink in Canada and Sweden, meanwhile, have also linked industrial and agricultural chemicals with the creatures’ lower sperm counts and abnormal testicular and penis development.

In the wider environment, the effect has been seen in alligators in Florida, in shrimp-like crustaceans in the UK, and in fish living downstream of wastewater treatment plants around the world.

Even species thought to roam far away from these sources of pollution are suffering from chemical contamination. A female killer whale that washed up on the shores of Scotland in 2017 was found to be one of the most contaminated biological specimens ever reported. Scientists say she never calved.

In some instances, the abnormalities observed in wildlife are linked with very different chemical compounds to those observed in humans. But they all share a capacity to disrupt the normal functioning of the hormones that dictate reproductive health.

In the UK, the Department for Environment, Food and Rural Affairs is currently building a chemicals strategy that could address these issues. The EU, meanwhile, is changing chemical regulations to prevent banned substances being replaced with other harmful ones.

Ultimately, public pressure could demand stronger regulatory interventions, but as chemicals are invisible – less tangible than plastic straws and smoking chimneys – this may prove difficult to achieve. Shanna Swan’s book, which presents the urgency of our reproductive situation, is certainly an important contribution to this end. 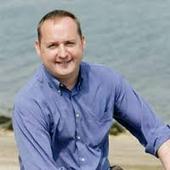 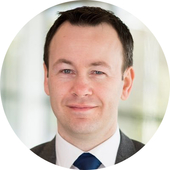 Alex Ford receives funding from the Natural Environment Research Council (NERC) UK and European Union Interreg program. He is the Deputy Director of the Centre of Blue Governance at the University of Portsmouth and long serving member for the Society of Environmental Toxicology and Chemistry (SETAC)

Gary Hutchison receives funding from European Union Horizon 2020. He is an independent scientific advisor with membership of UK Hazardous Substances Advisory Committee, DEFRA, and the FSA Committee on Toxicity of Chemicals in Food, Consumer Products and the Environment. He is a member of a number of specialist registers from the FSA, Defra and the Office for Product Safety & Standards. He is a member of the British Toxicology Society, Scottish Government Chemical Policy Network and UK Parliamentary and Scientific Committee.