Legendary band Yothu Yindi and their trailblazing call for a treaty

Image: Yothu Yindi performing at the closing ceremony of the Sydney Olympic Games in 2000. Dave Hunt/AAP

Review: Writing in the Sand: The Epic Story of Legendary Band Yothu Yindi and How Their Song Treaty Gave Voice to a Movement by Matt Garrick (ABC Books)

Readers are advised this article contains depictions of deceased people. Special thanks to Witiyana Marika of Yothu Yindi for confirming it is acceptable to publish the late Mandawuy Yunupiŋu’s name.

Few musicians have had as profound an impact on Australia’s cultural and political life as those in Yothu Yindi. Formed in 1986, this revolutionary band brought together Indigenous musicians from the Yolŋu town of Yirrkala in Northeast Arnhem Land and their non-Indigenous, or Balanda, friends who played in a Darwin band called the Swamp Jockeys.

Their sources were Manikay, the ancestral Yolŋu song tradition performed in public ceremonies, and Djatpaŋarri, a playful and exuberant popular song form composed and performed by young men in Yirrkala from the 1930s to the 1970s. These overt borrowings afforded Yothu Yindi their distinctive sound.

Sung in both English and Yolŋu languages, Yothu Yindi’s early hits included spirited rock anthems such as Djäpana: Sunset Dreaming and Treaty. These songs affirmed traditional ideas and values for local Yolŋu audiences, while resonating across Australia with the Aboriginal Reconciliation movement of the early 1990s.

The band’s biggest hit, Treaty, released in 1991, was informed by the Yirrkala community’s deep sorrow over their 1971 Supreme Court loss in a case brought against the bauxite mine that had consumed their surrounding homelands.

The song contributed significantly to popularising calls for the Australian government to negotiate a treaty with Indigenous peoples in recognition of their human rights and unceded sovereignty.

Despite the gravity of such themes in many of Yothu Yindi’s songs, the band’s generosity of spirit towards people from all walks of life shone through.

Growing into a group of increasingly diverse musicians over time, Yothu Yindi advocated their own vision for an Australia in which Indigenous people and others could live together in mutual respect and harmony.

An anthem for all Australians

Writing in the Sand: The Epic Story of Legendary Band Yothu Yindi and How their Song Treaty Gave Voice to a Movement is a new book by Matt Garrick, an award winning writer and ABC News journalist based in Darwin. It is both Garrick’s first book and the band’s first biography.

Writing in the Sand marks 30 years since the release of Treaty. The book’s title is taken from the song’s first verse, which laments the failed 1988 promise of Australian Prime Minister Bob Hawke to make a treaty with Indigenous peoples within the lifetime of his parliament.

As the first book to comprehensively chronicle Yothu Yindi’s globetrotting career, Writing in the Sand deepens our understanding of this remarkable band’s achievements. It brings together a multitude of diverse voices to breathe life into this story, vividly illustrated by previously unpublished photos from the band’s archive.

Much love and care has been taken to respect and honour the memories of deceased musicians, including Yothu Yindi’s late singer Mandawuy Yunupiŋu, as well as Slim Dusty, who toured with the band.

These interviews beautifully illustrate the humanity of Yothu Yindi’s creative process. For example, when Kelly joined Yunupiŋu on his ancestral homeland at Biranybirany, they wrote the first few lines of Treaty together as an anthem for all Australians.

The book also addresses the early musical influences that shaped Yothu Yindi’s sound, from the formative affinity of the band’s Yolŋu musicians with Slim Dusty, to the irreverent country originals of the Swamp Jockeys in a 1980s Darwin inundated with blues cover bands.

The name Yothu Yindi means child and mother. The yothu–yindi relationship between children and mothers, and their respective mala, or clans, is fundamental to maintaining systemic balance within Yolŋu society.

This tenet provided a foundation for the band’s inclusion of musicians from a wide array of backgrounds and influences from around the globe. Its importance is engagingly explained in the book through the words of Witiyana Marika.

The book also mentions the important Yolŋu concept of ganma, the balanced meeting of fresh and salt waters in certain estuaries. This metaphor for the meeting of different cultures and knowledges inspired and informed Yunupiŋu’s prolific career as an educator and a musician.

Even at this present time of widening hyper-partisanship on a global scale, when people’s perceived differences threaten to overwhelm our common humanity, Yothu Yindi offers us these quintessentially Australian lessons about the intrinsic value of social harmony and mutual respect in creating a more inclusive world for all.

In an Australia yet to make a treaty with Indigenous peoples, Yothu Yindi is more relevant now than ever.

The Gupapuyŋu App is a free download from Charles Darwin University that provides a Yolŋu language pronunciation guide. 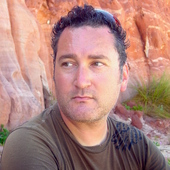 Aaron Corn receives funding from the Australian Research Council and collaborated with Yothu Yindi personnel on a pilot study for the National Recording Project for Indigenous Performance in Australia. He explores the music of Yothu Yindi in his book Reflections & Voices (2009), published by Sydney University Press, and multiple other essays.