TAGG-Toorak Times
Home CONTRIBUTORS/BLOGGERS Latest $84 million cuts rip the heart out of the ABC, and...

At the height of the coronavirus emergency, and on the back of devastating bushfires, Australia’s much awarded and trusted national broadcaster has again been forced to make major cuts to staff, services and programs. It is doing so to offset the latest $84 million budget shortfall as a result of successive cuts from the Coalition government.

In the latest cuts, wrapped up as part of the national broadcaster’s five-year plan,

Even the travel budget, which allows journalists and storytellers to get to places not accessible by others, has been cut by 25%.

These are just the latest in a long list of axed services, and come off the back of the federal government’s indexation freeze.

Announced in 2018, that freeze reduced the ABC budget by $84 million over three years and resulted in an ongoing reduction of $41 million per annum from 2022.

The indexation freeze is part of ongoing reductions to ABC funding that total $783 million since 2014. In an email to staff, Managing Director David Anderson said the cut to the ABC in real terms means operational funding will be more than 10% lower in 2021–22 than it was in 2013.

To be fair, the way in which the ABC executive has chosen to execute the latest cuts does make some sense, pivoting more towards digital and on-demand services. Right now, the commuting audience that has long listened to the 7:45am bulletin is clearly changing habits. However, with widespread closures of newspapers across the nation, the need for independent and trusted news in depth, that is not online has never been more important.

ABC Life is a particular loss. It has built an extremely diverse reporting team, reaching new audiences, and winning over many ABC supporters and others who were initially sceptical. The work they produced certainly wasn’t the type commercial operators would create.

Clearly the coronavirus pandemic has slashed Australia’s commercial media advertising revenues. But the problems in the media are a result of years of globalisation, platform convergence and audience fragmentation. In such a situation, Australia’s public broadcasters should be part of the solution for ensuring a diverse, vibrant media sector. Instead, it continues to be subject to ongoing budget cuts.

Moreover, at a time when the public really cannot afford to be getting their news from Facebook or other social media outlets, cutting 250 people who contribute to some of Australia’s most reliable and quality journalism and storytelling – and literally saving lives during the bushfires – appear to be hopelessly shortsighted.

The latest Digital News Report 2020 clearly showed the ABC is the media outlet Australians trust the most.

These latest cuts join a long list of axed services in the past seven years. They include

While not everyone will miss every program or service that has gone, and even with its occasional missteps, there is no doubt the ABC is the envy of the liberal democracies that do not have publicly funded assets, particularly the United States.

Has the ABC’s budget been increased?

Communications Minister Paul Fletcher has continued to suggest the funding cuts are not real, are sustainable without service reductions for Australians, and has claimed the ABC has received “increased funding”.

The minister’s comments are not consistent with data we published last year based on the government’s own annual budget statements and the reality of the ongoing situation for the ABC.

Read more: Why the ABC, and the public that trusts it, must stand firm against threats to its editorial independence

The government argues base or departmental funding is higher in 2020-21 than it was in 2013-14. The relevant budget papers do show that in 2013-14, the ABC was allocated $865 million for “general operational activities”. The most recent budget statement shows this has increased to $878 million in 2020-21.

So how can it be the ABC budget shows this increase when we have been arguing they are facing an overall cut?

First, we noted last year the complexity of the budget process, which means, for example, the reinstatement of short-term funding can be counted as extra funds, or the ending of such funds, while reducing an agency budget, will not appear as a reduction in allocation.

So despite statements to the contrary, nothing can change the fact the ABC has suffered massive cuts in recent years. The data published last year showed the reality of the ongoing situation for the ABC, with an annual cost to its budget in 2020-21 of $116 million. As the table below shows, taking into account actual budget allocations and adding the items cut, frozen or otherwise reduced, the ABC should have funding of approximately $1.181 billion in 2020-21, not the $1.065 billion it will receive.

It is against this background the latest funding freeze, due to a failure to meet the impact of inflation costs, occurs. While it doesn’t sound like a lot, the three year impact is $84 million, and has resulted in the cuts announced today.

But more importantly, these ongoing cuts represent an attack by the federal government on the broadcaster, its role in democracy, and in keeping Australians safe, informed and entertained. 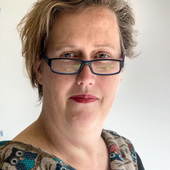 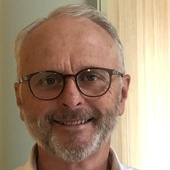 Michael Ward is a PhD Candidate in media and communications at the University of Sydney. From 1999-2017 he worked at the ABC, including as a senior executive contributing to ABC funding submissions.

Riding in cars with dogs: millions of trips a week tell...

Sunday essay: who was Jeanne Barret, the first woman to circumnavigate...

Australian city workers’ average commute has blown out to 66 minutes...

The abuse tactics fraudsters use to break the hearts and wallets...

How music festivals can change the tune on sexual violence