Indigenous treaties are meaningless without addressing the issue of sovereignty

Ironically, Prime Minister Malcolm Turnbull’s rejection of the 2017 Statement from the Heart, proposing more meaningful national engagement with Indigenous peoples, has accelerated demands for a treaty process across the country. Victoria and the Northern Territory have both moved ahead on this front in recent weeks.

But enthusiasm for treaties at the state and territory level is misplaced. The legal, political and economic power to effect real change lies only at federal level. Local treaty action may be a symbol of goodwill, but it is the very foundation of the Australian Constitution that must be changed.

Greens MP Lidia Thorpe, the first Indigenous woman elected to state parliament, maintains that Indigenous sovereignty must be asserted in the Victorian treaty process. However, this is not possible. States and territories cannot enter into treaties with sovereign nations – they can only sign agreements or domestic acts akin to land rights, vulnerable to political expediency.

Worse, it implies Indigenous peoples must recognise the legitimacy of the government system that dispossessed them, potentially compromising action at the national level.

Thorpe, a Gunnai-Gunditjmara woman, also announced, apparently without irony, there would be government funding for consultations in Victoria. This recognises the unequal position from which Indigenous peoples are forced to negotiate. Demeaned by their ongoing colonial status, in a country made wealthy through their dispossession, they are dependent for resources even to meet.

State and territory-level action might be commendable if economic power was restored to Indigenous peoples to allow them to come to the national treaty table on equal terms. This could be through the return of land, for example, or a tax revenue derived from land that hasn’t been returned. If the states and territories are serious about treaties, this is the path they will take.

The major debate is whether, at the national level, there should be a single treaty, or treaties with each Indigenous nation. A template that could be used across Australia by each Indigenous nation (or a cluster of them) in such negotiations, would provide for consistency, as well as flexibility. This would be the most useful focus for the state- and territory-level treaty discussion.

The irony of a treaty process is that treaties also assume the participation of sovereign parties. Indigenous peoples have never ceded their sovereignty. So, how did Australia acquire it?

The founder of Melbourne, John Batman, was an unsavoury character with little time for Aboriginal peoples, but is credited with being the first to pursue an Indigenous “treaty”, such as it was.

In May 1835, he sought to purchase land directly from the Wurundjeru land owners in a ruse to get around colonial restrictions, entering into what he called a “deed”, or agreement. Infuriated, Governor Richard Bourke quickly sought a proclamation from the Colonial Office to prevent this usurping of government control. It defined anyone occupying land without government authority as illegal trespassers, proving devastating for Indigenous peoples.

The Crown knew Indigenous peoples had their own systems of land ownership and deliberately chose to ignore this. The doctrine of terra nullius, land without owners, was born.

The Australian High Court, in the Mabo Decision of 1992, did not overturn terra nullius. The decision recognised prior Indigenous sovereignty, but nonsensically affirmed the sovereignty of the Australian parliament anyway. It acknowledged terra nullius was a lie, without following through the implications: Australia remains a nation without a moral and legal foundation.

Non-Indigenous Australians want to see Indigenous peoples “included” or “embraced” in the nation. But many don’t want to change their ways to accommodate Indigenous rights or difference. The flow is one way. We are taught that western civilisation is superior, and Indigenous difference is a deficit.

There is Indigenous leadership on these questions that is both visionary and practical. In 1987, Kevin Gilbert, a Wiradjuri man, produced a comprehensive critique of Australia’s claims to sovereignty, and the need to recognise the sovereignty of Indigenous peoples.

Irene Watson, a Tanganekald and Meintangk Boandik legal scholar and professor, points out that crises such as climate change are a call for a new relationship between Indigenous and non-Indigneous Australians and our environment. She shows how Indigenous moral and relational values provide a sound basis on which to build those new relationships.

Victoria Grieves, a Warraimaay historian, foresees a Republic of Australia based on the sovereignty of Aboriginal peoples. She says:

Australia could achieve absolute decolonisation and shared sovereignty and live up to the reputation we like to have, as a nation deeply concerned with human rights and social justice.

It is wrong-headed to think of “embracing” Indigenous peoples. Those with a western heritage must relinquish their arrogance, rewrite the distortions of their history, and place Indigenous interests at the forefront of social, economic and political concern.

We need to look beyond symbols to restitution: compensation, reparations and resource sharing. Indigenous peoples, through seeking a treaty, invite us to share in building an honourable future. Surely we can agree that Australia is worth it.

This article was wrtitten by: 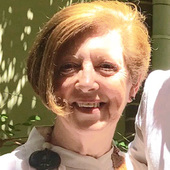