India is facing a terrible crisis. How can Australia respond ethically?

India’s COVID-19 crisis has revived a longstanding debate about whether foreign governments should come to the aid of countries facing major economic or humanitarian challenges and, if so, what kind of help they should provide.

There are serious questions about the underlying causes of India’s crisis. There’s evidence the Modi government repeatedly ignored warnings from public health experts and refused to plan for the predicted increases in need. Instead, it pursued a public discourse of misinformation, promoted fake cures, withheld health data, intimidated journalists, and encouraged super-spreading events.

Government officials also continue to deny the existence of shortages of vaccines and other medicines. These facts suggest there are underlying structural obstacles, which aid contributions would be unlikely to reverse.

Read more: Grattan on Saturday: Australians should not be left stranded in India

But the moral arguments about the obligations humans have to each other are well established. So is the principle that we should come to someone’s aid if they’re in need. We are also bound by mutually beneficial values such as equity, justice, solidarity and altruism. Consequentialist philosophers, who argue the only things that matter are outcomes (rather than principles, obligations or intentions), claim foreign aid generally provides more benefit than harm overall.

Unfortunately, the fact we have a moral obligation to rescue someone from harm provides little or no guidance about what kind of help or assistance is thereby required.

We should enter into discussions, led by the Indian people, about what kinds of support are likely to make a difference.

As imperfect as the outcome may be, Australia might genuinely be able to help in areas such as assisting the development of expertise and infrastructure, and advocating for the relaxation of vaccine patent restrictions.

Here’s how Australia can help

If we choose to act further, we should do so in a generous and compassionate manner, but also with prudence and circumspection. We should be realistic about the limited options available to us. Aid cannot be given with conditions attached — for example, that it be directed preferentially to those in greatest need.

What’s more, it cannot be contingent on the enforcement of a value system that’s contrary to those presently in authority. Foreign donors have no straightforward right to insist on the abolition of corrupt or counterproductive policies and practices in the countries they’re supporting.

However, there are options available to us that can ensure we actually make a difference — and some of these may appear to undermine our own interests.

Top health officials have suggested wealthy countries, which have contracted to purchase many more vaccine doses than they need, should urgently donate excess vaccines to middle- and lower-income countries such as India. Some people may argue that, because of our present lesser need, Australia could donate its entire stock of available vaccines. However, this wouldn’t likely be of much benefit given the logistical, political and structural impediments described above.

Instead, we should draw on our experience over the past year in developing effective processes for responding to the pandemic. We should offer to provide India with expertise about quarantine measures, hygiene, masks, and vaccine education campaigns. Our experts and policymakers could respectfully advise on appropriate economic and social policies.

What’s more, we could call for the relaxation of patent and other intellectual property restrictions. These have, since the late 1980s, imposed severe limits on the ability of poorer countries to produce vaccines and pharmaceuticals developed in the United States and Europe. Although India is the world’s largest vaccine producer, the current demand obviously exceeds supply.

What vaccines are available are much less likely to find their way to poorer sections of India’s population than wealthier ones. This is partly because of insufficient government support, but is also exacerbated by the refusal of rich countries (including Australia) to allow the relaxation of the strict patent laws that prevent state-of-the-art vaccines being manufactured cheaply and efficiently in developing countries.

There’s already a well-tested mechanism for suspending patent restrictions in an emergency, known as the “Doha Declaration”. This was negotiated in 2001 in response to the urgent need for increased access to newly developed HIV medications. This instrument is ready to use and could be implemented rapidly. Australia should announce its unqualified support for the immediate application of the Doha Declaration to COVID vaccine production.

But that’s not all

India’s huge pharmaceutical industry has previously provided vaccines and medicines to developing countries — many of them in Africa — largely funded by the World Health Organization. The Indian crisis has left these countries vulnerable, through no fault of their own.

Rather than merely responding to the crisis in India, largely self-inflicted by its own government, we should also turn our attention to the increasingly urgent needs of those countries that now face their own major emergencies as a consequence.

Regardless of what anyone does, many people will still die. All that’s open to us is to act ethically in accordance with our own values, informed by knowledge about the complexity of the multiple forces at work. 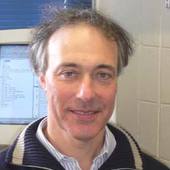 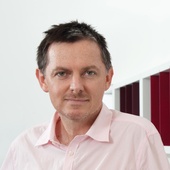 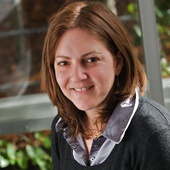