In recent years, Wake in Fright (1971) has cemented its reputation as one of the most important Australian films. But for decades after its release it was almost impossible to find a version to watch.

In the early 1970s, the Australian film industry was still in its infancy. But Australian television was in full stride, and there were hints of an emerging national cinema.

Directed by Canadian Ted Kotcheff, and adapted from Kenneth Cook’s 1961 novel of the same name, Wake in Fright, which premiered at Cannes in May 1971, emerged at a moment when Australian art and literature was consciously attempting to express a distinct cultural nationalism.

While the comic film Barry McKenzie, which came out the following year, projected outwards as broad farce, turning the vulgarity of the Australian character back at empire, Wake in Fright turned inwards, finding psychological horror inland.

Fifty years on, Wake in Fright remains an uncomfortable and unvarnished portrait of Australia, with unforgettable images of mangled kangaroo corpses and discarded beer cans.

The film explores the ugliness at the heart of the Australian project, and the toll of extracting precious metals from the earth.

Teacher John Grant (Gary Bond) leaves his outback schoolhouse, heading back to Sydney for the holidays. He stops overnight in Bundanyabba (a thinly-veiled stand-in for production location Broken Hill), and loses his savings in a night of drunkenness and two-up, leaving him stranded.

In episodic fashion, John is drawn into the lives of the eccentric locals, including the unhinged Doc Tydon (Donald Pleasence), the languid, repressed Janette (Sylvia Kay) and the roughabout Dick (Jack Thompson, in his film debut). The film culminates in a bloody kangaroo hunt — captured when the production accompanied a real-life hunting expedition.

Wake in Fright is filled with moments of wry humour and deadpan surrealism, as when a performatively sombre ANZAC observance momentarily halts the equally ritualised swill at the local RSL.

Wake in Fright explores the contradictions of “the Yabba”, where grand colonial architecture abuts slag heaps under the oppressive, beating sun.

It remains a compelling portrait of class anxiety and the tensions between metropolitan and rural Australian life. The social economy of the Yabba trades on “aggressive hospitality”, suspicion of outsiders and inferiority complexes, embodied in the local cop (Chips Rafferty, in his final role).

The uptight, superior John takes on a civilising mission through his teaching, while dreaming of the cooling respite of coastal Sydney. Yet it only takes a single night in the Yabba to turn John to beer-soaked savagery.

Tydon, John’s sinister counterpart, makes a mockery of his medical qualifications, embracing his animalistic nature as a perverse badge of honour. Alcohol fuels John’s descent — and the film’s depravity — erupting in the monstrous kangaroo carnage.

At the film’s conclusion, John’s return to the schoolhouse mirrors the opening, implying all this will happen again.

The film’s release has acquired its own mythology: screenings were met with stunned silence, or cries of “that’s not us.”

Wake in Fright did receive some positive notices, and an extended run in France after its Cannes premiere. But in Australia, the film fell victim to an American distributor uncertain of how to effectively market it to Australian audiences.

After its initial release, it quickly fell into obscurity, unless one happened across its single television screening in 1988, which seeded fuzzy, half-remembered impressions of its horrors.

For decades it was believed there was no extant film print of sufficient quality to permit restoration for home media release or theatrical re-release.

The National Film and Sound Archive (NFSA) was established in 1984, 13 years after Wake in Fright’s release, and began to acquire all films produced through government agencies, with producers encouraged to deposit prints. But before this films were regularly lost to obscurity.

There was little incentive for commercial distributors to contribute to the NFSA — particularly in cases where films failed to perform at the box office — and until the adoption of digital cinema projection it was standard practice for distributors to destroy release prints after theatrical runs.

It is thought 90% of Australia’s silent film history is lost, and Wake in Fright appeared to have suffered the same fate.

Fortunately, after a protracted search, the film’s editor Tony Buckley located a 35mm negative print in 2004 at a CBS storage facility in Pittsburgh, in a container marked “for destruction”.

It was repatriated to Australia, and restored at the NFSA.

The restored print screened again at Cannes in 2009, and was released theatrically worldwide, marketed as “a lost classic from the outback.”

It has since inspired a monograph, book chapters and articles, a production history, a theatrical adaptation and a contemporary television miniseries remake.

Wake in Fright’s shift from a fuzzy memory to a cornerstone of Australian cinema demonstrates how malleable film canons are. Fifty years on from the premiere, Wake in Fright’s reappraisal and reclamation demonstrate the roles marketing and distribution can play in shaping our understanding of film history.

It is also a testament to the importance of institutions like the NFSA in reviving and showcasing underseen works — including those that reveal aspects of ourselves we might find uncomfortable. 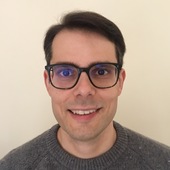