Those born after 2001 have only known a world “at war on terror”.

This means a generation growing up under under fears and moral panics about Muslims and unparalleled security measures around their bodies and lives.

In my new book, Coming of Age in the War on Terror, I look at what this has meant for young Muslims in Australia as they navigate their political identities at school.

An impact on everyday life

In 2018 and 2019, I interviewed and held writing workshops with over 60 Muslim and non-Muslim high school students across Sydney who were born around the time of the September 11 terror attacks. We explored their fears, their levels of trust with peers and teachers and political expression in a post 9/11 world.

No matter how many Muslim students spoke to me about their typically adolescent hobbies and interests, almost every student spoke about the impact of political and media discourse in their everyday lives. Abdul-Rahman, a 17-year-old Muslim boy at an Islamic school in western Sydney, put it this way:

Another student, Laila, told me:

I’ve always had this almost preconceived guilt attached to me […] [It’s] the million messages in the media, politicians, popular culture, all these little things that add up and add up.

For teenagers to talk about themselves as potentially “accused” is devastating, but not particularly surprising.

For two decades, millions of federal and state dollars have been poured into “countering violent extremism” programs targeting Muslim youth. There has been no subtlety here. Counter-terrorism policies have been announced by politicians on the steps of mosques, with a focus on geographic and demographic populations deemed “at risk” (in other words, suburbs with large Muslim populations).

Consultations and round tables with government over “national security” have been highly publicised. Meanwhile, Islamophobic attacks have been condemned by politicians and the police because of how they might “undermine” relationships of cooperation between intelligence and law enforcement and the Muslim community.

Meanwhile, the public has been routinely reassured the government is tackling the “problem” of young Muslim Australians, “with strong, deradicalisation programs, working with Muslim communities”.

The figure of the vulnerable but also dangerous Muslim youth pops up time and time again, from moral panics around young “homegrown” terrorists, to attempts to introduce “jihadi watch” schemes in schools.

The pressure to self-censor

This landscape trickles down into young people’s everyday lives, including their schools.

The pressure to self-censor and manage your political and religious expression at school was a common theme among many students, resonating with what academics in the United Kingdom describe in their research.

Anticipating how their tone, words and emotion would be interpreted by teachers and peers restricted students’ political expression.

This included a young Palestinian girl who had to push back against teachers, who reprimanded her for wearing a “Free Palestine” t-shirt at school, to students who refrained from writing about Iraq or Afghanistan as part of assignments because they had been cautioned not to “bring overseas conflicts into the classroom”.

Other students talked of staying quiet if controversial topics came up in class, such as news of a terrorist attack involving Muslims, or media headlines about Islam. I also met students who tried to appear as “good” or “moderate” Muslims (which inevitably meant apolitical) and erased all traces of their Muslimness to “fit in”.

In 2015, there was a media frenzy about youth radicalisation in prayer rooms in Sydney’s state schools. I interviewed students at a school in north-west Sydney three years later and they spoke about how that controversy had been felt in their school life.

Most of the students from suburbs and schools who came under media and political scrutiny as “problematic” had felt targeted and isolated. One student withdrew from his Muslim peers, abandoned his prayers at school, took different routes to school to avoid being hassled by the media, and “shut down” in class.

I got dragged into an argument with other kids in class about me following the same religion as these terrorists […] but my tone […] I came off very aggressive […] then I was scared, because that’s what people think of as radical extremists […] I felt like I’d be taken straight to the principal and you would have to deal with that. So I shut up.

We need a new approach

After two decades of seeing young Muslims as “problems” to be contained and managed, it is time we approached them in a different way.

Adolescence is a time to encourage critical thinking and support young people navigating their political identities and agency. Young people need to be empowered to work through their political and religious ideas and identities in safe, supportive environments. They need to be seen as individuals in their own right, not members of a demonised, racialised collective.

The vast majority of the young Muslims I spoke to were matter-of-fact about the global rise of Islamophobia and racism. They knew about certain jokes and assumptions in the popular vernacular (for example, “Allahu Akbar and bomb jokes” or “terrorist” equals “Muslim”).

Many were concerned about what this meant as they grew up and left school. They worried about facing discrimination at work and being able to practise their faith openly. They also knew how this suspicion and dehumanisation had been triggered by wider discourses and policies over which they had no power.

It is not up to the 9/11 generation to change this. We need teachers, politicians and the media to create a culture where young Muslims feel accepted and secure in their right to express their religious and political identities.

This piece was produced as part of Social Sciences Week, running 6-12 September. A full list of 70 events can be found here. Randa Abdel-Fattah will appear in a webinar on the “Implications of 9/11: 20 years” at 6pm on Thursday September 9. 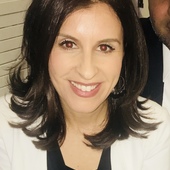