Home CONTRIBUTORS AND BLOGGERS ‘I will euthanise myself before I go into aged care’: how aged...

We found these populations have unique needs, and providing safe and dignified aged care for them means accepting and understanding their experiences and histories. This includes the impacts of the criminalisation of homosexuality, the HIV/AIDS epidemic, the marriage equality debates, and more recently, debates about conversion therapy.

Our research shows we need new initiatives and reforms to support LGBTI+ people to age safely and with dignity.

Many of the people we spoke to fear homophobia, biphobia, and transphobia from aged care residents and staff. Many feel they must, or are forced, to hide their sexual orientation or gender identity in order to receive appropriate care.

I’ve heard stories about […] older people being discriminated against or not treated properly because they are gay.

Charlotte, a 64-year-old heterosexual trans woman, said she would rather end her life than go into aged care.

I will euthanise myself before I go into aged care.

Older LGBTI+ people may be at higher risk in aged care because they don’t have families of origin, such as children or young relatives, or partners who are legally recognised to advocate on their behalf.

A lot of nursing homes where residents have been sexually abused, medicated beyond belief, financially abused by staff and family, and it’s only those people that have got a really strong family support or advocate that survive that.

Others are concerned about losing connection to lesbian, gay or trans communities and people, and being isolated as a result.

I am just concerned about nursing homes and being isolated especially if you are alone as I probably will be […] Being in a nursing home and maybe there is not another gay person there, that does bother me. Not being able to speak to other gay people or mix with them.

Trans people have additional concerns, including being able to access treatments, such as hormone replacement therapy, having their unique health needs understood, and being able to live as themselves.

You have particular health issues with trans people, different for trans men and trans women […] how many would know that for trans women, you know, they are at risk for prostate cancer, even though being on hormones reduces that risk considerably, but it’s still a risk, it’s still there.

The concerns and perceptions of our interviewees appear to reflect the reality of being an LGBTI+ person in aged care. The Australian Law Reform Commission has recognised many LGBTI+ elders experience mistreatment and abuse in aged care.

Yet aged care facilities may not be equipped to handle the unique needs of older LGBTI+ people.

Both residential and home care services need to create environments that are not only knowledgeable about the barriers older LGBTI+ people experience in health-care settings, but are also welcoming and accepting of LGBTI+ people.

While the majority of older Australians prefer to stay in their own home as they age, some older LGBTI+ people are concerned care workers they invite into their homes may not be LGBTI+ friendly.

We need LGBTI+ inclusivity and cultural safety training for aged care service providers and nursing and social work staff and students. Services that have undergone LGBTI+ training need to promote themselves to be more visible to the LGBTI+ community.

The aged care diversity framework was introduced to guide service providers to better support diverse groups such as older LGBTI+ people. Ensuring aged care services are fully inclusive, as outlined in these guidelines, could go a long way toward supporting the emotional and mental well-being of older LGBTI+ people.

*Names have been changed to protect the anonymity of our research participants. 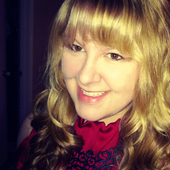 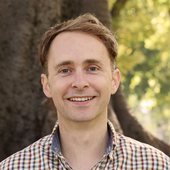 Anthony Lyons has received funding from the Australian Research Council.