Kanye West’s Jesus is King will probably not rate among many traditional gospel followers. Kanye is one of the world’s biggest rap artists. Gospel music has its roots in the Spiritual and the blues – African Americans singing their theology, their world view.

But, Kanye and gospel? A tantalising, provocative and interesting combination. So, what is it like?

As a musician who has been privileged to play with many contemporary gospel artists, I get it. Jesus is King is gospel. Maybe Kanye’s gospel, but gospel all the same.

Maybe not as we knew it (I’m thinking here of the late, legendary singers Clara Ward, James Cleveland and Aretha Franklin) but still true to its community. Emotional, honest, raw, laid bare and real – honouring God as the great forgiver and transformer of lives.

Jesus is King has polarised discussion. Alicia Crosby, a minister speaking to Time, said the album was, “weak theology, it’s not substantive, it’s not glorifying.” However, Sam Hailes, the editor of Premier Christianity said, “this Christ-focused album is packed full of eternal truth.”

I think Kanye has produced something remarkable. Genuinely contemporary, Jesus Is King will inevitably challenge the traditional concept of African American gospel while influencing it shape for years to come. It is rough and ready in places, but honest.

Kanye is simply treading in their footsteps, bringing in elements of rap, pop, RnB and hip-hop.

Referencing is inherent in gospel music. Referencing ties you to the past: its sounds and values. It testifies. It binds you to your sustaining community.

Sampling from gospel – and from the Bible

The power of gospel is its conviction in delivery and intent. Kanye’s rap is like preaching, punctuated by instrumental riffs and percussive punches.

Traditional lyrics are placed in a new, exciting setting. In Every Hour he references the traditional gospel song Sing Till the Power of the Lord Comes Down. This song, in turn, draws from Psalm 59:16.

The song Selah illustrates Kanye’s more usual rap background, tracing his very personal journey of spiritual conversion. He references Franklin’s The Verdict and cites John 8:33 and 8:36, but also his own previous music, such as Ultralight Beam from his 2016 album The Life of Pablo.

Kanye references the past in his present, while looking to the future. A key aspect of contemporary gospel is lyrics that see life not as linear (always getting better!), but as circular.

Kanye makes no secret of it – this is where he is now. Re-aligned with the church that saved and sustained his people and culture, moving away from the excesses of his high profile life, he comes home to be nurtured, and reconnect.

Hands On, with legendary gospel singer Hammond, is a tour de force for Hammond’s truly amazing voice. Some musical references are less solid, like the Kenny G sample in Use This Gospel.

The song Follow God samples Can You Lose By Following God by Whole Truth, and we get to the heart of Kanye’s struggles:

There is a hurt and angry young man here whose frustration shows throughout, especially towards the album’s end.

For all its innovation and contemporary style, the groundwork for this album was set over 20 years ago. Kirk Franklin’s 1997 album Stomp set a new bar for hip-hop and RnB coming into gospel, and with the highest production values. This too though, was based on the preceding sounds of late ‘70s gospel bands like Commissioned, the Wynans and Richard Smallwood.

Innovation in gospel hasn’t always been readily embraced. Kirk Franklin and the Family were picketed outside concert and church venues for their use of contemporary grooves and sounds in gospel. Such was the challenge that the new brought to the old.

Sometimes the old has a point. Contemporary gospel artists, including me, regularly miss the original meanings and contexts of the old school music that we play, which underpins our new expressions and versions of it.

But artists like Kirk Franklin – and now Kanye – remind us gospel is the music and story of a whole community. 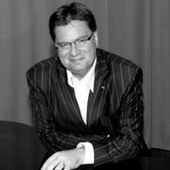