I recently spoke to a man named Adam who told me that every object he owns could fit in one of Ikea’s famous shelving units. He owns two pairs of jeans and T-shirts in just three colours. He is so concerned with the ethical and environmental impacts of his possessions, that he once spent two months researching a pair of jeans to buy. Then when he finally took them to the till, he didn’t buy them as he noticed a tiny square of leather on the back.

Adam is a “minimalist”. Minimalism is an increasingly popular lifestyle choice that involves voluntarily reducing the number of possessions owned to a bare minimum. It is based on the premise that “less is more”, as reducing physical possessions is seen to make way for the important non-material things in life such as personal wellbeing and everyday experiences.

The term minimalism surfaced after the 2008 financial crash and has become popular in the US, Japan and Europe over the past decade. Figureheads have emerged, such as US-based Joshua Fields Millburn and Ryan Nicodemus who have released two feature-length films about minimalism on Netflix, and state on their website that they “help over 20 million people live meaningful lives with less”.

Intrigued by the rising popularity of minimalism, I started researching minimalist, books, online content and podcasts. As an academic interested in fashion and sustainable consumption, I also wanted to know about the main motivations and values of minimalists, and how it played a part in people’s everyday lives.

To find out more, I conducted in-depth interviews with 15 people across the UK who defined themselves as minimalists. Some lived in homes with relatively few possessions and others could fit all their possessions in just a few storage boxes.

The people interviewed explained they were mainly minimalists due to the personal benefits it provides. This includes being able to travel and move house easily, having more time (as they spend less time shopping, cleaning and repairing their possessions) and feeling happier (due to having less stress from clutter and a firmer control of their personal finances due to less shopping).

Some discovered minimalism later on in life and had big clear outs of their possessions. Others decluttered occasionally and some never decluttered at all, explaining that they had never accumulated a lot of possessions, having always had minimalist tendencies before the term even emerged.

Many of the minimalists were concerned about decluttering and issues of waste and landfill. Those who had decluttered didn’t mention throwing things away. Instead, they tended to sell on higher value items and gave other things away to charity shops, which they saw as more convenient and they liked the idea of another person being able to find value in the item.

Many of the minimalists strongly disliked shopping, consumer culture and materialism. Some said they didn’t want to buy things in order to “keep up with the Joneses” and saw minimalism as a way in which they could avoid feeling like they had to. Also, some (but not all) of the minimalists were motivated to shop less in order to be more sustainable.

Read more: Rock These Maximalist Decor Trends To Lift Up Your Interior Style

Everyone I interviewed reduced their possessions by trying to buy less and by repairing and maintaining what they already had. When they do buy things, they are very considered – questioning if they really need something carefully, avoiding impulse purchases, taking time to research goods (like Adam and his jeans) and trying to purchase less by buying “quality over quantity”.

However, minimalism still has largely sustainable outcomes, even if this is not always the main motivation. Practices like highly reduced and carefully considered consumption, or carefully choosing what to dispose of to avoid things going into landfill, are clearly better for the environment than default disposable culture.

Regardless of their sustainability motivations, everyone I interviewed said minimalism made them happier. This perhaps explains its increasing popularity and also demonstrates its potential importance. By offering personal benefits and pleasures, minimalism may encourage more people to adopt a more sustainable anti-accumulation lifestyle – even if sustainability isn’t always the main intent. 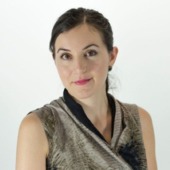 Amber Martin-Woodhead’s research on minimalism has been funded by the Royal Geographical Society.