TAGG-Toorak Times
Home TOORAK TIMES - SOCIALLY AWARE SCIENCE/TECHNOLOGY Huawei is a test case for Australia in balancing the risks and...

Chinese communications giant Huawei has hit back at detractors in the lead-up to an anticipated decision by the Australian government. The company is likely to be barred from participating in the building of Australia’s next-generation 5G mobile network because of its links to the Chinese government and military.

John Lord, Chairman of Huawei’s Australian subsidiary, in his address to the National Press Club yesterday, has called claims that the company is a national security risk “uninformed” and “plain wrong”.

Read more: Explainer: why Chinese telecoms participating in Australia’s 5G network could be a problem

In fact, government support was crucial to Huawei’s success. As one of China’s “national champions”, Huawei was nurtured through a combination of protectionist measures, cheap financing, subsidies, favourable regulations, and diplomatic support abroad.

Another concern that Lord addressed was Huawei’s obligations to assist Chinese authorities, intelligence agencies or the military under China’s national intelligence and cyber security laws. He insisted that Huawei would obey Australian law and that Chinese law has “no legitimacy outside China”.

Lord also made a strong argument based on Huawei’s profit motive and reputation. Huawei clearly has a commercial incentive to ensure that it does not compromise Australia’s national security, for example through working with Chinese intelligence. However, it is rather doubtful that Huawei would be able to resist demands from the Chinese government given its massive power and reach.

What does all this mean?

Huawei will almost certainly be barred from participating in the building of Australia’s next-generation information infrastructure.

Without Huawei, the 5G networks will probably be more expensive to build and of lower quality. However, this would reduce some national security risks that come with Huawei’s participation, such as cyber espionage concerns.

The real question is whether the reduced risk is worth the cost.

On a broader level, as Lord rightly points out, Australia needs to accept that:

…innovation and technological advances do not always come from traditional companies and countries.

The emergence of China as a tech giant puts into sharp focus the question of how to deal with Chinese companies with close links to the Chinese government and military.

In the future, many of China’s high-tech companies may look to operate or invest in sectors that are crucial to Australia’s national security. As shown by the Huawei case, there is a real trade-off between economic and security imperatives for Australia. How to strike the right balance is a tough question indeed. 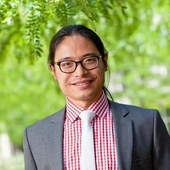 When it comes to kids and social media, it’s not all...

How to answer the argument that Australia’s emissions are too small...

For the first time in centuries, we’re setting up a generation...

It’s not just the isolation. Working from home has surprising downsides