There is an old saying that those who don’t learn from history’s mistakes are bound to repeat them. One wonders if Prime Minister Malcolm Turnbull recalls the name of Doug Lowe, for Turnbull’s marriage equality postal plebiscite is on the cusp of recreating the mistakes of Lowe’s Tasmanian dams plebiscite.

What happened in Tasmania?

Lowe was the Labor premier of Tasmania between 1979 and 1981. These were the years when Tasmanians were split over the issue of hydroelectricity schemes – a split that was replicated at every level of Lowe’s political party.

At stake was the future of the Franklin and Gordon rivers located in the state’s southwest. About half of the community wanted the rivers dammed as part of a hydroelectricity scheme; about 10% wanted some other rivers impounded and the Franklin saved; and about 35% expressed no official position.

We know these figures because, in a bid to circumvent a decision-making paralysis in his government and his party, Lowe opted in 1981 to hold a statewide plebiscite. He was hoping to use public opinion to force his party colleagues to make a decision.

The figures just cited are based on the result, although the plebiscite and its outcome was – for a time – almost as contentious as the land-use dispute itself.

The plebiscite offered only two options: the Franklin Dam, or an alternative dam on another nearby river. The alternative scheme received a vote of 7.94%, and the Franklin 47.17%. But a large number of ballots – 44.89% – were initially rendered informal.

A major controversy arose when it was revealed that a number of voters had used ticks or crosses to indicate their choice. Others wrote in “No Dams”. Under Tasmanian electoral law, the ballots with ticks and crosses were initially counted as “informal”. On legal advice, these were later included.

Clearly, this technical failure deprived the plebiscite of any legitimacy it might otherwise have had.

But a case could be made that the exercise was doomed from the start. The alternative hydro scheme had been Lowe’s idea as a way of brokering a compromise between a handful of Labor MPs who would support nothing but the Franklin scheme, another small group who wanted to save the Franklin, and a third group who just wanted some sort of decision so the government could get back to work on something else.

The dynamics behind Tasmania’s dam plebiscite and Turnbull’s management of the marriage equality debate are eerily similar. This is even more the case when it is remembered that Lowe actually wanted to save the Franklin, just as everyone knows that Turnbull supports the idea of marriage equality.

As part of his strategy to use community opinion to help him get his government out of a mess of its own making, Lowe had wanted a “No Dams” option included in the plebiscite. But every level of the Labor Party organisation rebuffed him, so the option was not included.

This defeat led to Lowe’s resignation as premier, before the vote was even held. But his opponents’ tactic led to a much more surprising and enduring legacy.

Faced with a plebiscite that excluded their core demand, Tasmanian conservationists urged supporters and sympathisers not to vote for either scheme, but instead to write “No Dams” on their ballot. Scrutineers reported that 33.4% of ballots cast in the plebiscite had been adorned with the slogan.

For Lowe, Labor (which was to lose the state election months later) and the proponents of the Franklin dam, the plebiscite was an unmitigated disaster.

Like its Tasmanian predecessor, the marriage plebiscite has been engineered by the leader’s intransigent opponents. The risk of the ballot being marred by technical flaws is enormous given the bypassing of the Australian Electoral Commission as the authority to manage the vote.

The replication of history will be complete if, at the end of the count, a huge number of blank ballots are lodged – many adorned instead with a slogan. “Free Vote” is one such slogan that comes to mind. 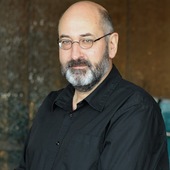