The first journey of a Wardian case was an experiment. In 1829, the surgeon and amateur naturalist Nathanial Bagshaw Ward accidentally discovered that plants enclosed in airtight glass cases can survive for long periods without watering. Four years later he decided to test his invention by transporting two of his cases filled with a selection of ferns, mosses and grasses from London to Sydney, the longest sea journey then known.

On November 23 1833, Ward received a letter from Charles Mallard, the ship captain responsible for the two cases, telling him: “your experiment for the preservation of plants alive … has fully succeeded”.

The next challenge was the return journey. In February 1834, the cases were replanted with specimens from Australia. Eight months later, when Ward and friend George Loddiges, a well-known nurseryman, went aboard the ship in London they inspected the healthy fronds of a delicate coral fern (Gleichenia microphylla), an Australian plant never before seen in Britain. The experiment was a success.

The Wardian case, as it would become known, revolutionised the movement of live plants around the globe. They were shaped like a miniature greenhouse, made of timber and had glass inserts in the roof. In the cases, plants had a greater chance of survival when in transit.

Often thought of as only a product of the gardening crazes of the Victorian era, the Wardian case was actually a notorious prime mover of plants. Some of the key uses of the case include moving tea from China to India to lay the foundations of the Assam and Darjeeling tea districts; helping move rubber from Brazil and transporting it via London to Asia, which is now the leading producer of the crop; and repeatedly moving bananas over many decades to the Pacific Islands, Central America and the Caribbean.

The Wardian case resolved a major bottleneck in the transport of live plant species, but it also had major consequences for environmental relationships in the 19th and 20th centuries.

Botanists and horticulturalists used this simple box for over a century to carry hundreds of thousands of plants around the globe, whether they were in England or the United States, France or India, Russia or Japan. The Australian story of the Wardian case is an important and untold one.

Each state has an important connection to it. New South Wales received the first plants from Ward himself. The Royal Botanic Gardens, Kew, sent its first Wardian cases, full of fruit trees and ornamental plants, to Western Australia. The Adelaide Botanic Gardens even had a path lined with Wardian cases. Tasmania was vital in the 19th-century fern trade. And Queensland used the Wardian case to transport the cactoblastis moth to help solve the prickly pear infestation.

Victoria’s connection to the case is unsurprisingly one of gardeners and ornamental plants. Today, Victoria is home to Australia’s largest nursery industry, by some reports worth more than $1.6 billion annually and employing more than 11,000 people. The industry today cannot be separated from the long global history of moving beautiful and useful plants to Australia more than a century ago. Two examples illuminate the thriving early trade in Victoria.

Published in 1855, Charles Mackay’s widely circulated poem The Primrose was about the landing in Melbourne of a beautiful rare flower and the procession from the docks to an exhibition location in the city. It read, in part: “She has cross’d the stormy ocean/A pilgrim, to our shore/As fresh as Youth and Beauty/And dear as days of yore.”

By some reports, more than 3,000 people turned out to see the floral traveller. Police were called in to restore order to Melbourne’s streets during the procession. News of the fanfare was carried in major international newspapers including Harper’s Weekly and the Illustrated London News.

The British artist Edward Hopley painted the scene, A Primrose from England (1855), to memorialise both the moment of the plant arriving in Melbourne and, in typical Hopley style, the social milieu of the period.

The technology for moving the plant was not lost on either artist. The primrose that Mackay so eloquently lyricised and Hopley so captivatingly brought to life arrived in Melbourne in a specially designed Wardian case. It would not have arrived without this technology for moving plants. It was not just the primrose. In the decades following 1858, the Wardian case played a major role in shaping the aesthetics and species available in the Victorian landscape.

In early April 1862, three decades after Ward’s invention, the well-known Victorian nurseryman Thomas Lang delivered a lecture to the Ballarat Horticultural society titled “On Wardian, or Plant Cases”. Lang began by describing his first encounter with the cases in Edinburgh. He went on to detail the many useful plants, such as the giant Californian redwood, that he had introduced with the help of the case. By his own estimate, Lang transported nearly a million plants to Victoria in just one decade in the late 19th century, a staggering number by just one nurseryman.

Now living in regional Victoria, after many years of travel researching a book on the Wardian case, I often think about Lang and the enthusiasm colonists had for bringing over beautiful plants. Lang proclaimed in his lecture of 1862: “The comfort, the pleasures, the commercial interests, the happiness of mankind are promoted by the use of Wardian cases.”

To move beautiful ornamental plants here was very much part of the home-making process for colonists.

But it was always a trade. While beautiful plants came into Australia, many useful ones went out. Often we forget that the beauty of our gardens is as much about moving plants, as it is about the hard work of tilling the soil.

Next time your hands are covered in soil, it might be good to wonder where that camellia or fuchsia or rose or apple or kiwi fruit or lemon originated – chances are it travelled in a Wardian case. 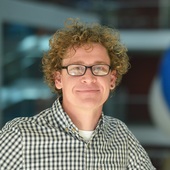