Home CONTRIBUTORS/BLOGGERS How recycling is actually sorted, and why Australia is quite bad at...

Recycling in Australia used to be fairly simple. Our older readers may remember bottle drives, paper and cardboard collections, and the trip to the scrap metal merchant to sell metals.

This is called, in recycling parlance, sorting the “streams”. It creates very clean recycling that requires little sorting at a plant.

But recycling got more complicated. As councils organised kerbside collection, it made less economic sense to sort at the kerb. Instead, trucks collected mixed recycling and took it to centralised sorting facilities.

The materials also changed, with glass often replaced by plastics. Plastics like the PET in drink bottles and HDPE in milk bottles were easy to separate and had a ready recycling market.

Then, when developing countries like China opened the floodgates to paper and plastics, there was no need to separate the seven categories of plastics. It was cheaper and easier for Australian companies to bundle it all up and send it to China for “recycling” – in 2017, some 600,000 tonnes.

Read more: Here’s what happens to our plastic recycling when it goes offshore

When China found they were the world’s dumping ground they shut the door and demanded only clean, separated plastics – and then only the ones that had a secondary market in China.

Suddenly Australia was expected to separate more carefully – and this cost money. Now the federal government has pledged A$20 million to boost Australia’s recycling industry.

But what is Australia’s recycling industry?

Right now, there are 193 material recovery facilities in Australia. Most are hand-sorted; nine are semi-automated, and nine are fully automated. These are nowhere near sufficient to sort Australia’s annual recycling.

There are two basic ways to sort recycling: mechanical-biological treatment plants, which sort mixed waste into low-grade recycling, and material recovery facilities, which have a stronger focus on extracting reusable stuff.

Here’s how they work.

MBT plants are in various stages of development in Perth, Melbourne, and Sydney. These plants take the rubbish we generate every day and inject it into a rotary drum (a bioreactor) that spins and is heated to 60–70℃.

The process shreds the waste and the organic wastes are stabilised and homogenised. Most of the water evaporates through a fermentation process in which microorganisms break down the organic material and release heat – much like a composting system.

Read more: Don’t just blame government and business for the recycling crisis – it begins with us

The material then leaves the reactor and passes over a screen that separates the organic waste. The organic waste then fermented and composted, then separated again using a smaller mesh screen. The smallest particles are sent back to the bioreactor drum to provide the microorganisms.

Meanwhile, the larger material from the first screening is sent to a wind separator where the lightweight material, like plastics, are blown the furthest, medium-weight materials, such as textiles, fall in the middle and the heaviest, like metal, glass and stone, fall immediately. The heaviest fraction is sent along a conveyor and metals are separated by a magnetic separator.

The debris (about 10% of the original waste) goes to landfill, and combustibles are sent to a facility that compresses the material into blocks for industrial fuel.

Read more: Recycling is not enough. Zero-packaging stores show we can kick our plastic addiction

Material recovery facilities accept mixed recycling. The first step is putting recyclables on a conveyor belt where they are carried up to a sorting line.

In the more mechanical processes, people line up along the belt and rip open bags and remove contaminants such as non-recyclable plastic, used nappies and other rubbish, which then goes to landfill.

In the more automated systems, ripping open the bags can be done by machines and the sorting is done in the next stage.

The material then goes onto a scalping screen that sorts out the small foreign objects before passing over a screen in which flat materials such as cardboard pass over and the others drop down. The paper and cardboard go off to storage. Meanwhile, the material that has dropped through hits another screen that breaks any glass, which drops through the screen and is taken by conveyor belt to a recovery bin.

The leftover material goes to fibre quality-control stations where the fibre materials (such as paper) pass by operators who pick off any contaminants before the paper goes into another bin for baling and recycling.

This leaves the cans and plastic containers. Passing this stream over a magnet means any steel cans will be removed from the stream and collected.

Next, any fibre that has made it through the process is removed manually and the plastics are then sorted manually into individual types. The bottles are perforated mechanically so they do not explode when compressed.

With the plastic containers removed, the next step is to divert the aluminium. Powerful magnetic fields created by an eddy current separator throws non-iron metals, like aluminium, forward from the belt into a product bin and non-metals fall off the belt into a separate bin. Finally most of the materials are compressed and baled for efficient transport.

The nine more modern facilities in Australia use optical sorting systems to take out the manual and mechanical sorting. The optical sorters detect anywhere between three and eight varieties of material.

A new facility in New South Wales can detect eight different types of material: aluminium, cardboard, glass, HDPE plastic, mixed paper, newspaper, PET plastic, and steel. The combined stream passes through a light beam which then instructs a set of high pressure air jets to direct the material to one of eight collection bins. 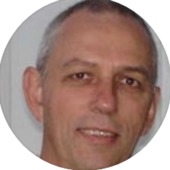 Products you need after childbirth

How To Plan A Wedding In A Small Budget

White, male and straight – how 30 years of Australia Day speeches leave most Australians out

Sunday essay: this grandmother tree connects me to Country. I cried when I saw her burned

White, male and straight – how 30 years of Australia Day...