With the sudden death of Carla Zampatti, Australia has lost perhaps its most successful and loved fashion designer. Zampatti was that rare beast who had inter-generational relevance. She celebrated her 55th year in business before COVID lockdown, in early 2020. She had not retired when she died at 78.

The outpourings of condolence on social media channels since her death (due to injuries sustained in a fall at the Sydney Opera) indicate the high esteem in which she was held nationally. Comments fall into two groups: a much loved designer who made clothes women wanted to wear; and a woman who supported the next generation as well as those who worked for her.

Zampatti arrived as a migrant from northern Italy in Fremantle in 1950. She was proud of her immigrant status. She often spoke of the contribution of Italians to Australian life: their food, culture, enterprise and hard work. She believed Australia had strong vestiges of Italy.

She also spoke of the opportunity that Australia presented for someone like her, interested in designing fashion clothing. Australian fashion markets and also our wider cultural outlook were being transformed in that immediate post-war period when she arrived.

The household spend on clothing, footwear and drapery climbed dramatically, tripling from 1946–7 to 1959–60. Social change was afoot, too: the number of married women working rose to 38.3% by 1961. It can be assumed that fewer of them had time to make their own clothes, and this created opportunities for ready to wear lines that also could keep pace with the very rapid fashion change after the War.

By 1968, with higher participation by women in the workforce (about 39%), home sewing was in decline and local manufacturing protected by high tariffs was in full swing. Many of the post-war manufacturers were migrants, including the large European Jewish population, who accelerated the introduction of casual separates, sports clothes for men and women, finer knitted garments, and bright, synthetic materials.

All of this reduced the women’s labour needed to maintain clothes and keep them looking good. Mix and match, modularity, looser fit clothes were more amenable to product standardisation than old-fashioned tight fitted clothes such as suits. The industry favoured those with fashion and style knowledge, and skilled owner-managers who understood both craft skills and production.

Birth of a fashion icon

Zampatti had these skills. She benefited from and contributed to this cultural and structural change in Australian fashion – and then took it to the next level.

She opened her first wholesale business in Sydney in 1965. Her 1960s work indicates a bold, graphic touch, with a nod to bohemianism, but smarter. Zampatti began displaying her clothes in the window of her Surry Hills workshop, bypassing the division of wholesale and retail. She opened her first boutique in 1972, at a time when manufacturers were unlikely to also be retailers. Eventually, she had about 30 stores and later exclusive arrangements with the department store David Jones.

Zampatti became very successful. By 1980, she was named Business Woman of the Year , and she went beyond fashion to industrial design, designing the Ford Laser car for women in 1985.

Why were her clothes such a hit?

Zampatti designed extremely wearable clothes for working women. In the 1980s they had metal zippers instead of fussy openings, and invisible zippers in trousers to keep a good line. She later designed practical jumpsuits that could be dressed up with a jacket. She also designed glamorous evening wear for wedding, red carpet and special occasion. She was aware of the process of maturity: “When you are young you agonise and try to please everyone. Now I don’t”.

Zampatti always stressed that fashion was first and foremost a business, not an artistic practice, although the business would not succeed if aesthetics were neglected. Local production was important to her and her lines continued to be manufactured in Australia. She was cosmopolitan, sophisticated and outward-looking. She was a woman of the world but also believed Australians had no need to be expatriates in the jet age, and had much to contribute at home.

I’m so sad to hear my favourite designer – and a lovely person – @CarlaZampatti has died. My thoughts are with her family, and her business-family. Sending so much love.

To that end, she funded a scholarship at University of Technology Sydney. The most talented students graduating in Fashion and Textiles with a strong business sense could study a Masters degree in London, Milan or New York, with the hope they would return to Australia and impart their new horizon of experience in developing a successful line.

In an SBS interview with Janice Peterson (who often wore her clothes for TV) she remarked on the impact of Italian art and church frescoes on her as a child. Indeed, you can see the clear, strong colours of Renaissance and Mannerist art translated into crisp tones and looks for Australian women.

So very sad to hear of the death of Carla Zampatti. Such a lovely woman who dressed me on a few occasions with great elegance and empathy. Her tailoring was impeccable and her style divine. My deepest condolences to her family ❤️?

Zampatti was a skilled businesswoman, a pioneering board member (first female chair at SBS, board member of Westfield Group; Art Gallery of New South Wales, University of Technology Sydney, amongst others) and cultural benefactor (Sydney Dance Company and other cultural and performance groups).

She was primarily a proud, feminist fashion designer, promoting economic independence and agency for women. What she had achieved from the 1960s was remarkable.

Australia is the poorer without Zampatti and her pioneering fashion ethos. 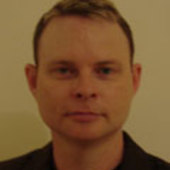 Peter McNeil works for the University of Technology Sydney.