How capitalism ruined our relationship with bacteria

There are many rational reasons that motivate consumers to spend US$65 billion annually on household cleaning products. But non-rational mechanisms are nevertheless still at work in the cleaning products market, as in all others.

Advertisements for domestic hygiene products usually follow the same simple yet powerful structure: the threat of bacterial contamination looms large, but anti-bacterial gels, soaps, fluids, powders or foams can offer protection against it. We are encouraged to think of bacteria as entities that threaten our secluded, sovereign cleanliness. This has led us to a limited, and dangerous relationship with bacteria.

Consider how bacteria is portrayed visually. Although it is possible to take photographs of bacteria – and there are some great pictures out there – these images are generally found only in scientific and medical contexts. For the rest of us, bacteria do not appear in a realist way. Instead, they come to us through the filter of advertisements for antibacterial products.

And it’s quite a filter. Our analysis of advertising images of bacteria from 1848 to the present day finds four broad conventions. Understanding these conventions shows how our relationship with this essential dimension of earth’s biome is subject to the aims and desires of the manufacturers of cleaning products.

First, bacteria are cute. They are small, vulnerable and toy-like. Their eyes are big and their limbs are tiny. This is strange, considering that advertisements for bacterial products are persuading us to kill these beings by the billion.

But cuteness can have a strange effect on the viewer. Sure, we want to touch, hold and even protect the thing that is cute, like a soft toy. But the cute object evinces a range of minor negative affects: helplessness, pitifulness and excessive availability. These in turn summon a set of complex secondary reactions: of resentment at being emotionally manipulated, contempt for the weakness of cute objects, and disgust at the cheapness of cute things. To judge something as cute can accompany a desire to touch, clasp, dominate and destroy it; in other words, it is something both pleasurable and disgusting.

It is small wonder, then, that the objects that are most often rendered as cute in consumer aesthetics – women, technology and children – are the ones that have been regarded as inherently dangerous and in need of control. And the uncomfortable truth is that this cuteness often places them as objects below ethical consideration, with the result that we feel no remorse in eliminating them.

Second, bacteria don’t come in ones and twos. They flourish in their billions. This can be terrifying and it can awaken fears of overpopulation. Perhaps this is no coincidence – after all, the massive urban population growth of the 19th century was accompanied by a revulsion at the new bacteriological knowledge that we gained thanks to the microscope.

This sketch of a woman horrified at the contents of her magnified tea dates from a period of exponential population growth in London, the dawn of Malthusian economics, a time when the Thames was an open sewer. The cramming full of many life forms into tiny spaces was an uncanny microcosm of the imagined, and feared, socioeconomic order.

This anxiety-laden pairing of overpopulation and bacterial proliferation continues to be provoked in visualising contemporary bacteria. Bacteria live in obscene proximity to each other, their intimacy an affront to the force of modernity, anathema to the grid of science and civic control. This historical confluence of factors means that bacteria became, and continue to be, a channel for fears about overpopulation, immigration and the corruptive influence of living too closely with millions of others.

Third (and this is a closely related factor) bacteria often seem to live in squalor and poverty. Their skin is slimy, their teeth and skin are unhealthy, and their clothes are ill-fitting and dirty. They are criminal.

This makes for a drastic contrast with the consumer, the person who uses antibacterial products. While “they” are lower-class, grimy and slothful, the antibacterial person is middle-class, reassuringly clean, and busy in her or his daily life.

Fourth, bacteria seem to have no regard for “proper” sexual roles and behaviours. People who fail to use antibacterial products are associated with promiscuous, non-reproductive sexual behaviours.

One 2010 ad visualised a woman in a red dress lying asleep in a dark alley on a pile of binbags, with the tagline “Don’t Go to Bed Dirty”. This is arguably a conflation of sexual promiscuity with bacterial promiscuity, at odds with the ideal of a bleach-white nuclear family.

Another depicts bacteria treated with anti-bacterial as stereotypical homosexuals with the tagline “germs just can’t reproduce”. Yet another shows the archetypal besuited middle-class man surrounded by the traces of bacterial others who have been at the toilet cubicle before him, including a transvestite. And let’s not forget of course the long history of war propaganda warning soldiers on leave to avoid sexual contact with women, who were equated with bacterial disease.

Unfortunately, this has disastrous consequences for our planet and for the things that live on it, which of course includes us and bacteria. We’re stuck together: there are about five million trillion trillion of them on this planet; if every one of them were a penny, the stack would stretch a trillion light years. They are a complex, ancient entity.

But the visual vocabulary of fear, disgust and dread that has been so effective at selling antibacterial products for well over a century has brought us to an ecological dead end. Our overuse of antibiotics is the most obvious evidence of the failure of the demonise-and-destroy approach that antibacterial thinking produces, leading to a market failure that some experts posit is bigger than climate change.

A totally new understanding of bacteria as a realm that we must live within, from which it is foolhardy to think we can escape, is needed. An important step in that direction is describing the destructive ways of thinking about bacteria that have stepped in between us and these necessary cohabitants of our planet. 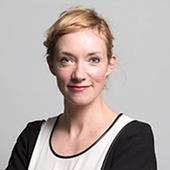 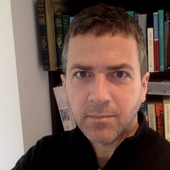