Homelessness has increased greatly in Australian capital cities since 2001. Almost two-thirds of people experiencing homelessness are in these cities, with much of the growth associated with severely crowded dwellings and rough sleeping.

Homelessness in major cities, especially severe crowding, has risen disproportionately in areas with a shortage of affordable private rental housing and higher median rents. Severe crowding is also strongly associated with weak labour markets and poorer areas with a high proportion of males.

These are some of the key findings of our Australian Housing and Urban Research Institute (AHURI) research released today.

How has the geography of homelessness changed?

Shares (%) of homelessness and population by area type

At the same time, homelessness has been falling in remote and very remote areas. However, it still remains higher in these areas per head of population.

In Sydney, a corridor of high homelessness rates stretches from the inner city westward through suburbs such as Marrickville, Canterbury, Strathfield, Auburn and Fairfield (more than 30km from the CBD).

In Melbourne, high homelessness rates are found in Dandenong (around 25km southeast of the CBD), Maribyrnong and Brimbank to the west, Moreland and Darebin to the north and Whitehorse to the east, about 15km from the CBD.

Read more: Overcrowded housing looms as a challenge for our cities

Rough sleeping has also transformed into an urban phenomenon — nearly half of all rough sleepers in Australia are now found in capital cities.

What is driving these changes?

Changes in share of homeless and population by city and region, 2001-16

The effects of rental affordability on homelessness rates still hold after controlling for other area characteristics. We also find that these rates are strongly correlated with higher shares of particular demographic groups in an area, including males, younger age groups, young families, those with an Indigenous or ethnic background, and unmarried persons.

Read more: More and more older Australians will be homeless unless we act now

Severe crowding in capital cities is also strongly associated with weak labour markets and poorer areas with a high proportion of males. However, these associations do not hold for severe crowding in remote areas.

What should governments and services do?

The way our cities are becoming more unequal over time is shaping the changes in the geography of homelessness.

Governments must find ways to urgently increase both the supply and size of affordable rental dwellings for people with the lowest incomes. We also require better integration of planning, labour, income support and housing policies targeted to areas of high need.

Rates of severe crowding remain highest in remote areas, and continued efforts to increase housing supply in remote areas, such as the National Partnership on Remote Housing(NPRH), are needed. Targeted responses are required to combat its growth in major cities.

It is critical that specialist homelessness services, as a first response to homelessness, are well located to respond in areas where demand is highest.

The AHURI report can be downloaded here. 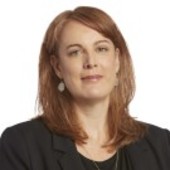 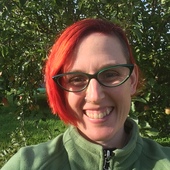 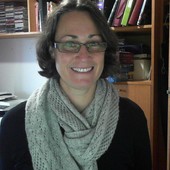