One of the major planks of the budget was a pitch to women.

This included an 80-plus page women’s budget statement — the first since 2013 — with an overall figure of A$3.4 billion for women’s safety, economic security and health.

After the “hard hat” budget in October 2020 that was criticised for its “blokey” focus, the government was under pressure to deliver more for women.

This also comes as polling data show support for the Coalition among female voters is slipping, following months of scandals about the treatment of women in politics.

Now we have the detail, is this budget as “women friendly” as the Morrison government would like us to believe?

This budget is not a game-changer for women’s economic security.

Treasurer Josh Frydenberg included a section on women in his budget speech, but the highly targeted and modest nature of the relevant initiatives, combined with a lack of action in critical gender equality policy areas, has left women’s opportunities for economic security largely unchanged.

The $1.7 billion in extra funding for childcare subsidies was announced pre-budget and is a modest addition to the more than $10 billion spent each year on early childhood education and care. The new money is spread over three years and is tightly targeted, aimed at reducing the out of pocket expenses of families with two or more children under six years in approved services.

The government estimates the change will benefit around 250,000 or one quarter of families who use early childhood services, and is expected to have only a modest impact on women’s labour supply. Families with one child in a service are not eligible for the reduction.

Removal of the annual $10,560 cap on the total subsidy available to higher income families is forecast to benefit around 18,000 families and reduce the disincentive for women in these households to work an extra day or two.

These changes will be good for those who qualify, but they inexplicably don’t apply until July 2022. They also make an already complex system even more complex.

The highly-targeted measures do not move Australia closer to the universal system of low-cost or free high-quality childcare that will deliver maximum benefit to children, women’s labour force supply and economic prosperity.

There is also no change to the work test and the reduction in subsidised access for children from vulnerable families. Both of these are unfortunate features of the existing scheme and disadvantage children who need early learning and care the most.

Another key measure was the abolition of the $450 per month income threshold under which employers do not have to pay the superannuation guarantee. This is estimated to affect around 200,000 women, especially those holding multiple short hours and low paid jobs.

But while payment of the superannuation guarantee will boost retirement savings, it won’t make a substantial difference to women’s retirement income and security.

Women’s disproportionate employment in part-time, low wage and insecure work, compared with men, means the most direct way to fix inequalities in superannuation balances is to support men and women to share care responsibilities for young children, the ill, disabled and elderly family, while also bolstering the quality of essential care services.

This will reduce the time women spend out of the labour market doing unpaid care. Improving wages in feminised sectors and closing the gender pay gap across the economy is also critical to growing women’s retirement incomes.

What is not in a budget can be as important as what is.

The current national system entitles the primary carer to 18 weeks of paid parental leave at the minimum wage. This needs to be expanded to at least 26 weeks, with the ability to share it easily between parents, paid at a rate closer to wage-replacement and include superannuation. This will support gender equality in the home and the workplace, and substantially improve women’s economic security in both the short and long term.

Lack of attention to improving wages for the mostly female care workforce is another missed opportunity.

The $17.7 billion allocated to the aged care sector includes money for workforce training and expansion. However, there are no measures to address the very low wages and insecure employment conditions of the predominantly women who work in the care economy. Until wages and conditions in the care sector are addressed, economic security for many Australian women will remain out of reach.

This isn’t the reform we need

The persistent gender inequalities embedded in Australia’s labour market, tax system and social policies were never going to be resolved in a single budget. And this budget is better than what was on offer last year.

But recognising women and providing a number of modest, worthy initiatives isn’t the same as delivering the structural reform in childcare, paid parental leave and insecure and low paid work that is urgently required to shift the dial on the gender pay gap and women’s economic security.

There is much work to be done to promote women’s economic security and deliver a prosperous and inclusive economy. We can’t afford to keep missing opportunities for change. 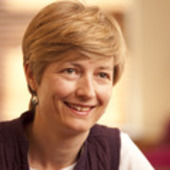 Elizabeth Hill has received funding from The Australian Research Council.