TAGG-Toorak Times
Home SCIENCE/TECHNOLOGY ENERGY Higher energy prices are here to stay – here’s what we can...

The good news is that after two years of big rises, wholesale electricity prices have fallen somewhat since mid-2017. The bad news is that prices are still much higher than they have been for most of the past 20 years. And the worse news is that we had better get used to these high prices.

A new Grattan Institute report, Mostly working: Australia’s wholesale electricity market, shows wholesale prices jumped from less than A$50 per megawatt hour (MWh) in 2015 to around A$100 per MWh in 2017. But it finds that most of this increase is the market working as it should. And it urges politicians to tell consumers a harsh truth: high electricity prices, well above A$50 per MWh, are here to stay.

The best thing our political leaders can do to keep a lid on electricity prices is to help create stable, bipartisan energy and climate-change policy. This will encourage new investment so Australian households can get low-cost, high-reliability, and low-emissions electricity.

Why prices went up

For most of the past 10 years, Australia’s National Electricity Market (NEM) was oversupplied and powered by low-cost fuels in old power stations. Then things suddenly changed. Big, coal-fired power stations were closed – Northern in South Australia in 2016, followed by Hazelwood in Victoria in 2017. So supply was reduced, pushing prices up. At the same time, gas and coal prices rose rapidly, increasing running costs for electricity generators, which pushed up prices even further.

Our report shows about 60% of the wholesale price rises were caused by the fundamental changes in supply. The NEM now needs new investment, particularly because more old generation assets, such as the Liddell power station, will be turned off in coming years as they reach the end of their working life. But the electricity produced by new generators of any type, including coal, is expected to cost more than the electricity produced by the old legacy assets.

Up to 40% of the wholesale prices rises of recent years were caused by the higher input costs for generators. Coal and gas are two of the main inputs to electricity produced in the NEM (which covers Queensland, NSW and the ACT, Victoria, South Australia and Tasmania). Coal prices nearly doubled between 2015 and 2017; gas prices more than doubled. As a result, wholesale electricity prices increased so generators in the NEM could cover their costs of generating electricity. The direct cost of higher fuels to generators is up to A$4 billion a year.

Higher fuel costs for one generator can increase revenue for all generators, because all generators get paid the same spot price. If the generator that is setting the price at a given time needs a higher price to cover their costs, all other generators that produced electricity at that time also get a higher price, even if their costs have not risen. This encourages new investment in cheaper generation and is the market working as it should.

But a small amount – about 2% – of the wholesale price rises of recent years was caused by generators “gaming” the system. And that is certainly not the market working for consumers.

Big generators can game the system by using their market power to create artificial supply scarcity, which forces short-term price spikes. It is not illegal. Currently it is within the market rules for generators to bid up the price of their electricity until just 67 seconds before it is needed. By then it is often way too late for other generators to respond with lower prices. It’s a bit like Uber surge pricing but with no warning. Ultimately, the consumer cops the bill.

So what can be done?

Our report has three main suggestions.

Second, governments should finally provide Australia with stable energy and climate-change policy to make the transition to new generation technologies as smooth as possible. This would also reduce risk for new investment, which lowers financing costs and electricity prices.

Third, the Australian Electricity Market Commission should change the rules to eliminate, or at least limit, “gaming” by electricity generators. 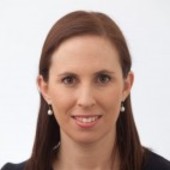 How old is too old for surgery, and why?

We subscribe to movies and music, why not transport?

Raw meat pet food may not be good for your dog,...

Political assassinations were once unthinkable. Why the US killing of Soleimani...