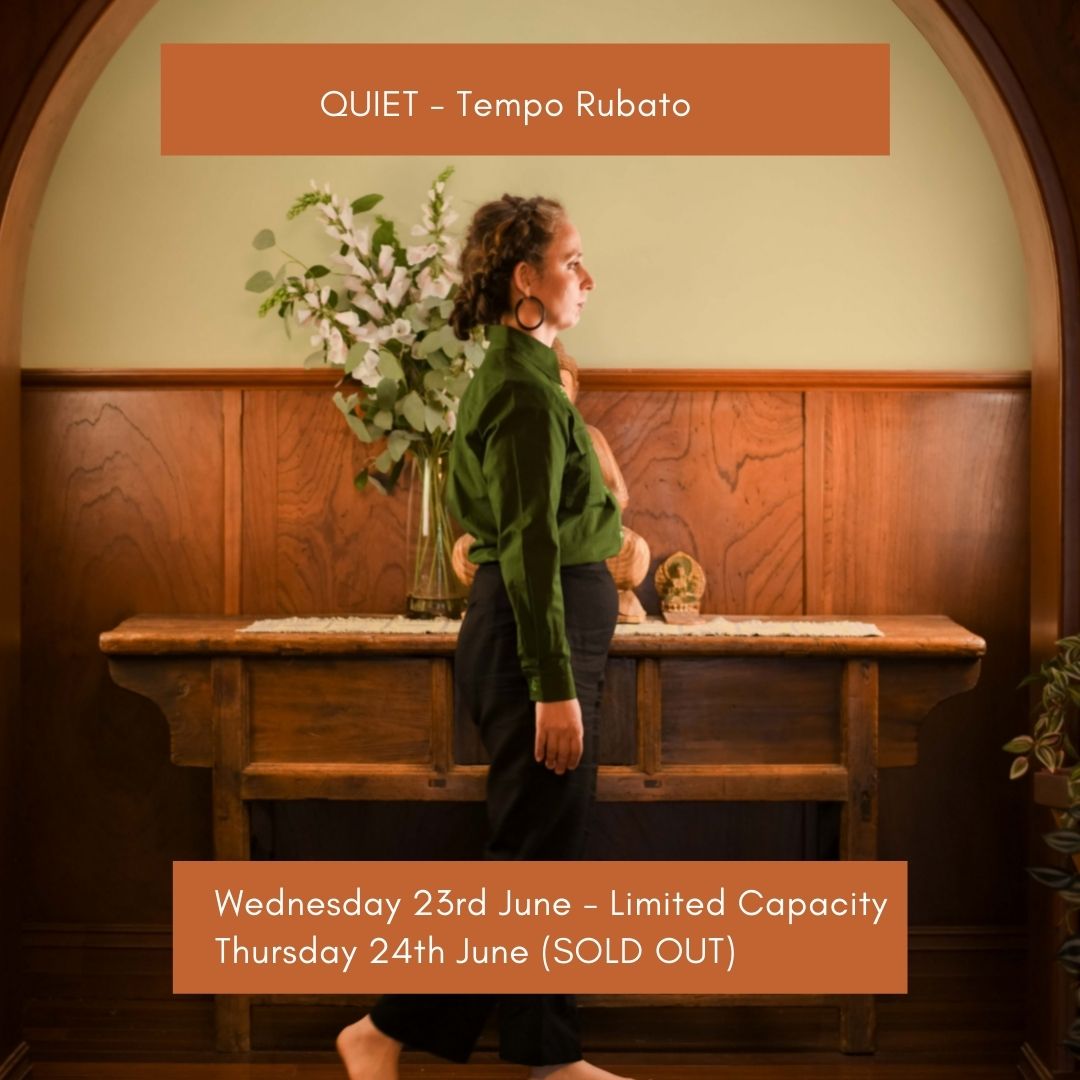 Hello Satellites is the moniker for Melbourne based songwriter, musician and producer Eva Popov. Headed by Eva’s distinctive songwriting and ethereal voice, Hello Satellites has undergone various incarnations across a decade of live shows and album releases. 2010’s Self-Titled album and the 2014 follow-up 84,000 were full-band explorations of joyous experimental pop. Then came Bright Face (2017), the heart-wrenching and critically-acclaimed neo-classical narrative folk album.

Now, Eva will be celebrating the release of the latest genre-abolishing album There’s a Field with a run of special, intimate performances at Castlemaine’s Northern Arts Hotel, Saturday 10 July and two shows at Tempo Rubato, Brunswick on Wednesday 23 and Thursday 24 June. The album will be reinvented using acoustic strings, piano and voice. Be prepared to sing and be sung to amongst songs that dream of wide open spaces and the heart’s capacity to heal. 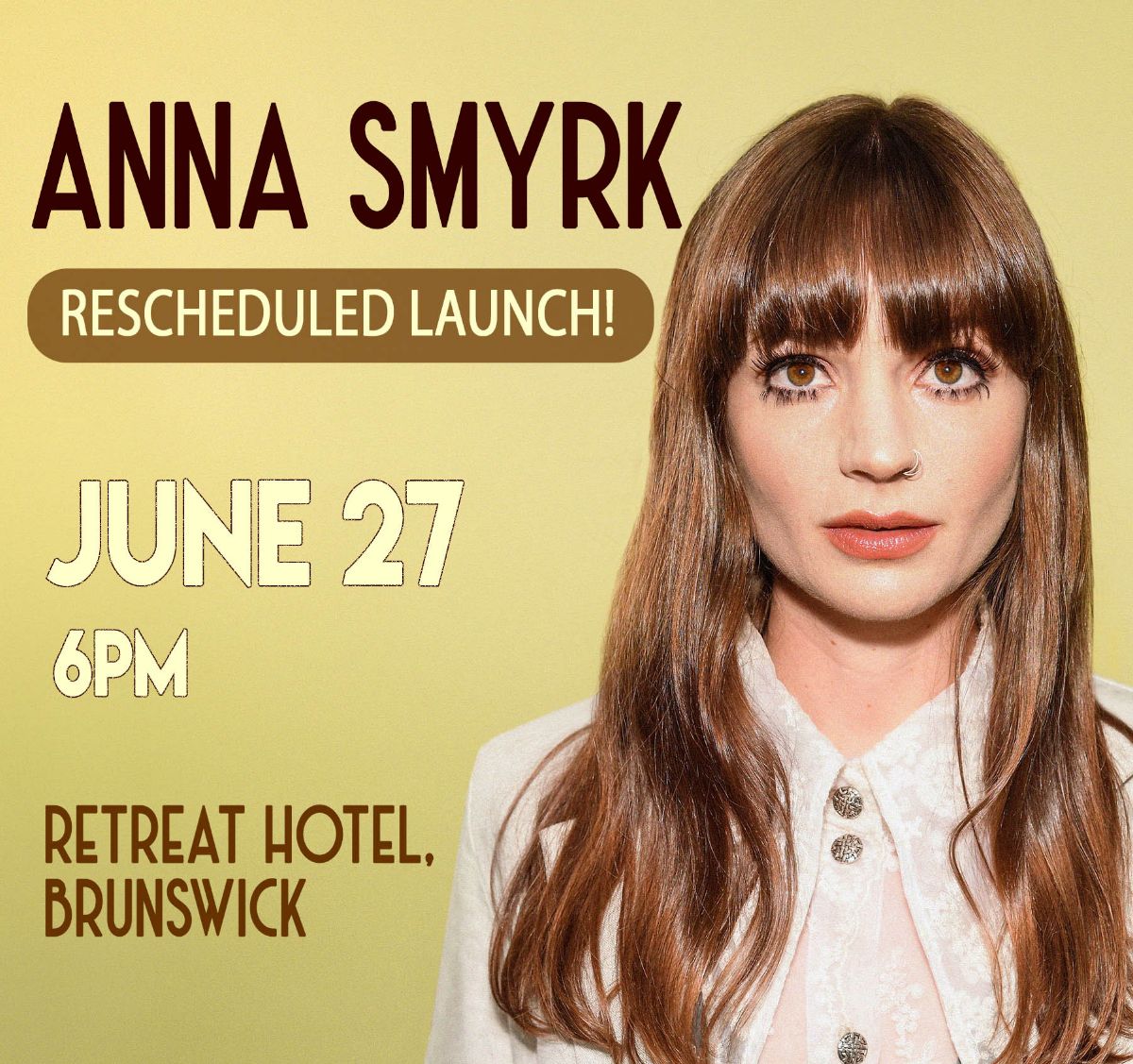 Tamara and the Dreams (solo) and Marigolden will open the night. Tickets are $12 +BF via Eventbrite. 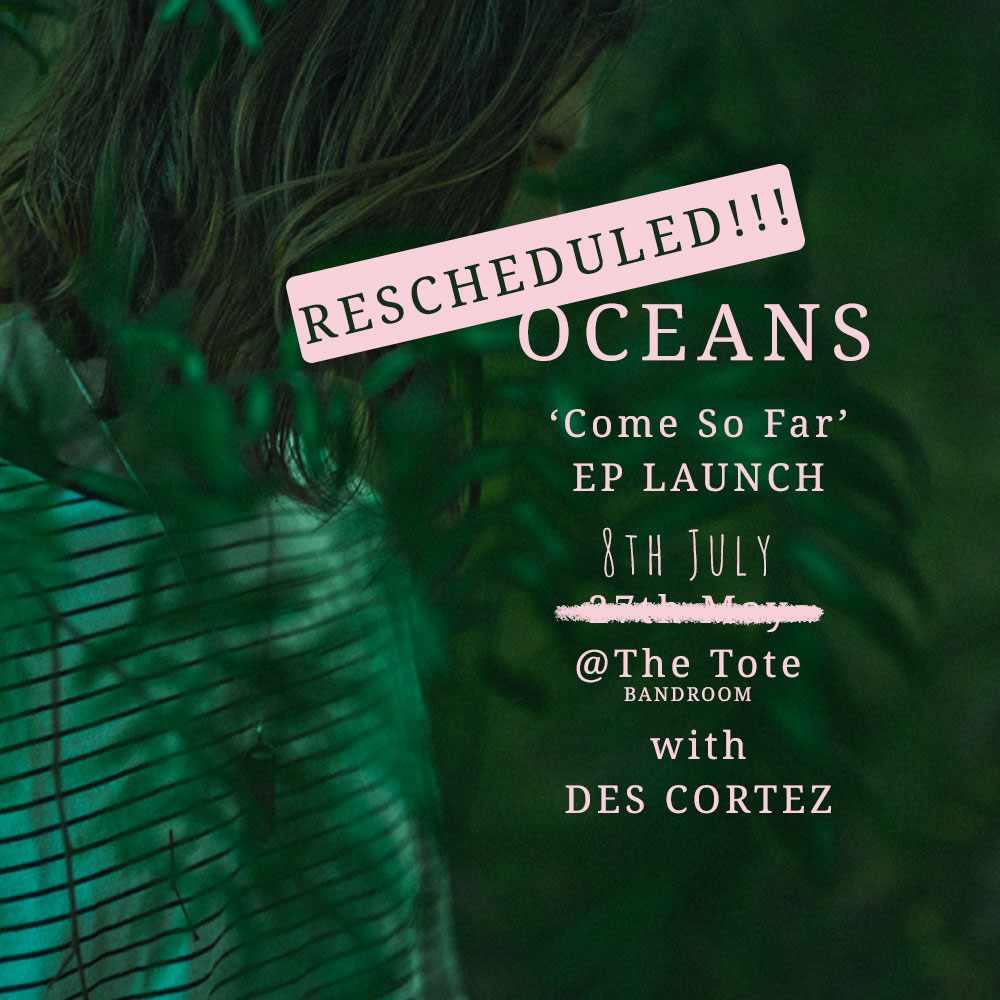 Melbourne based artist Thomas Lee launches his debut music project Oceans – a fusion of shoegaze and ambient electronic soundscapes. 2020 saw listeners get their first glimpse of Oceans with him featuring on Atalein’s single ‘Touch’. Tom has now hit the ground running for 2021 with the release of his debut EP Come So Far on the 27th of May and is excited to be launching the EP live at The Tote with Des Cortez on Thursday 8 July.Tom made his head-turning debut as Australian shoegaze’s latest initiate Oceans, with his immersive tripped-out single ‘Come So Far’ – the title track from his debut EP. After being added to Spotify’s New Music Fridays AU & NZ along with some other notable Spotify playlists such as Just Chill and Night Shift, the track garnered the fledgling artist an instantaneous and sizeable listenership from eager fans and industry insiders alike From then, Oceans has taken to the stage, playing tracks from his forthcoming EP and debuting tracks that are yet to be released to sold out shows at Some Velvet Morning and Bar Open. Oceans are in the midst of recording new material to share with the world and planning for more shows with other prominent acts from Melbourne and interstate. 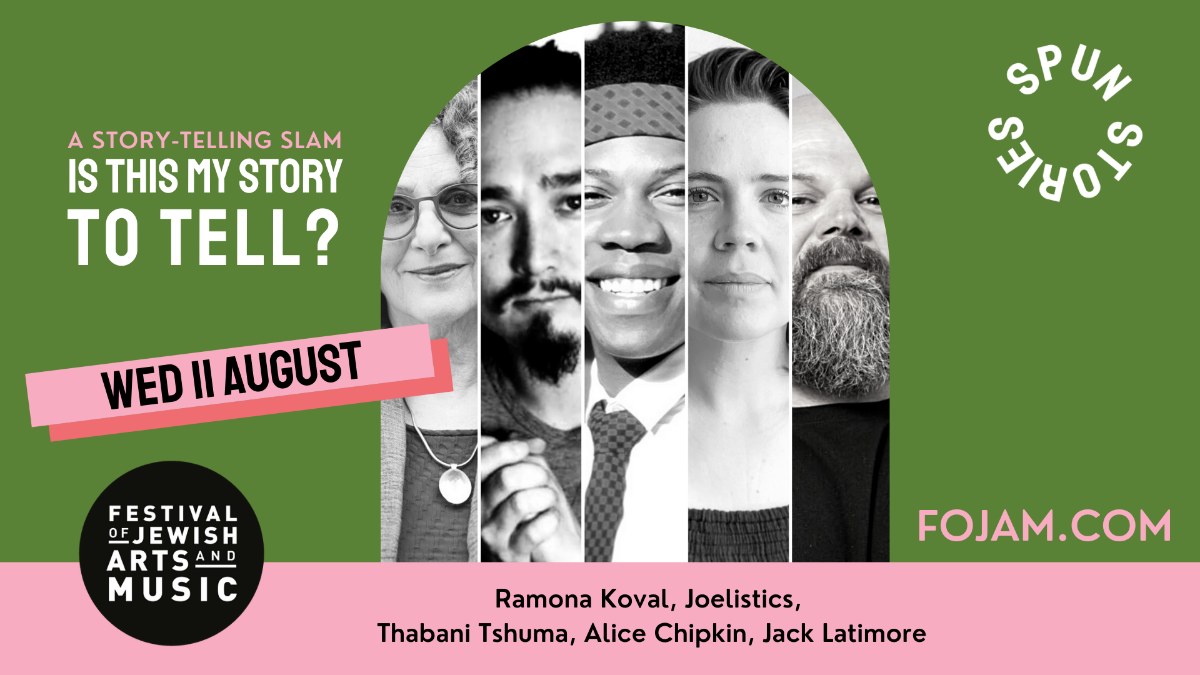 FOJAM brings audiences another edition of their popular storytelling and slam poetry event, for the third time, presenting SPUN STORIES: Is This My Story To Tell?

Five artists, storytellers, thinkers and performers will tap into the subject matter of ‘Death of The Author’ and dissect ongoing questions around authorship and cultural appropriation. Who has the ‘right’ to tell which story? Are we only able to tell stories that we have experienced ourselves? Is it ok to try and embody another character and tell their story as an act of empathy and compassion? Can we separate the character of a person from the work they create? 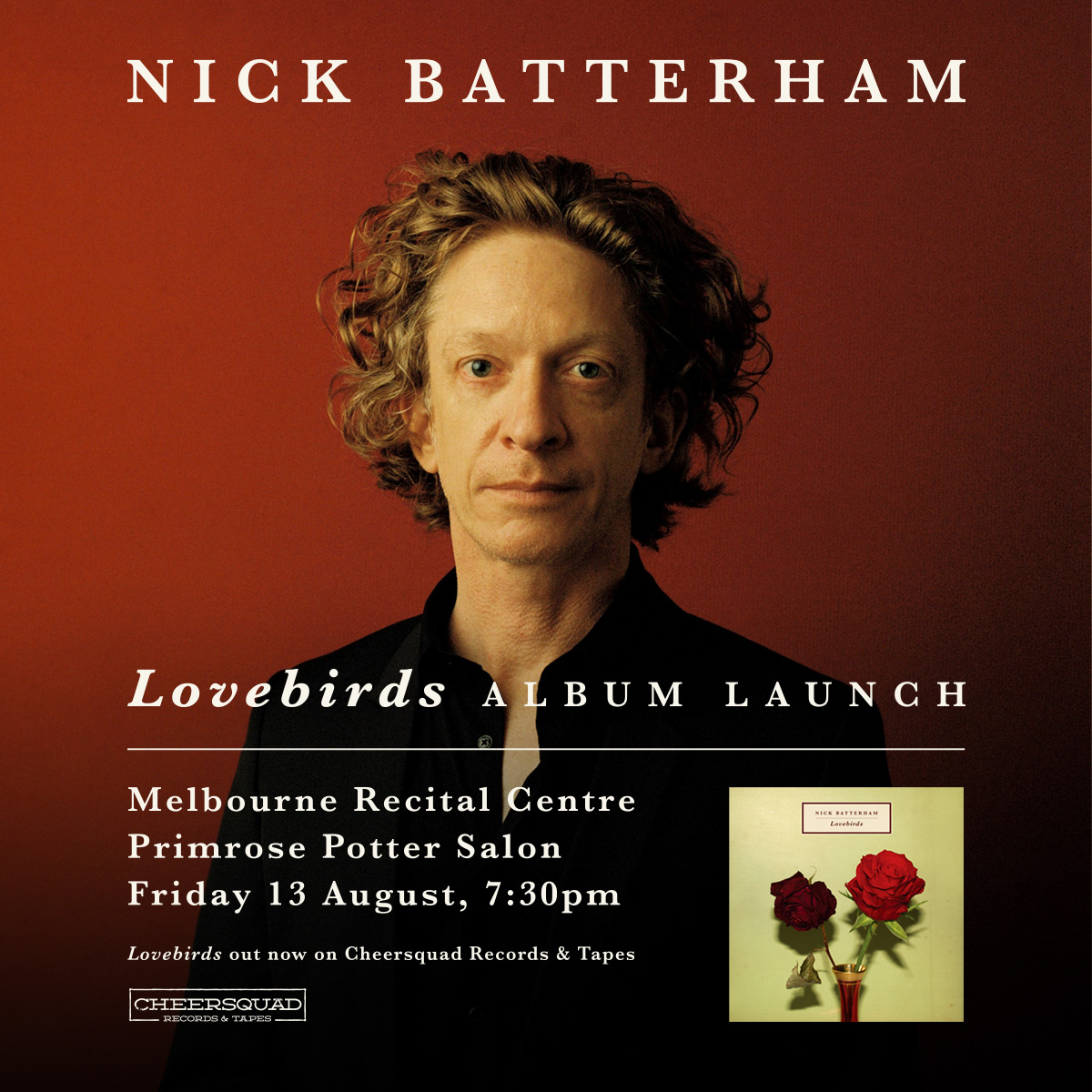 Melbourne composer and singer-songwriter Nick Batterham launches his sixth album, Lovebirds at the new rescheduled date, Friday 13 August at Melbourne Recital Centre’s Primrose Potter Salon. With a voice described by Rolling Stone as ‘an almost other-worldly instrument of beauty,’ Nick’s tender balladry is infused with dry humour and self-deprecating storytelling. A creative force in ARIA nominees The Earthmen, Nick Batterham is a master of crafting sparkling, melodic pop songs. His songs bristle with spiky observations, delivered with the world weariness of Elliott Smith or Nick Drake.

Drawing deeply on his recent classical compositions for visual artist Rone, Lovebirds is a lavish feast of orchestral pop that celebrates love’s dizzy highs and heart-wrenching lows. With elegant orchestrations featuring some of Melbourne’s premier classical musicians, Lovebirds is a sometimes melancholic journey that leads to hope and healing. Performing the Lovebirds album in full on grand piano, Batterham will be accompanied by Kelly Day (Broads), Nick Murray, Ben Wiesner and award-winning theatre composer and sound designer Jethro Woodward. 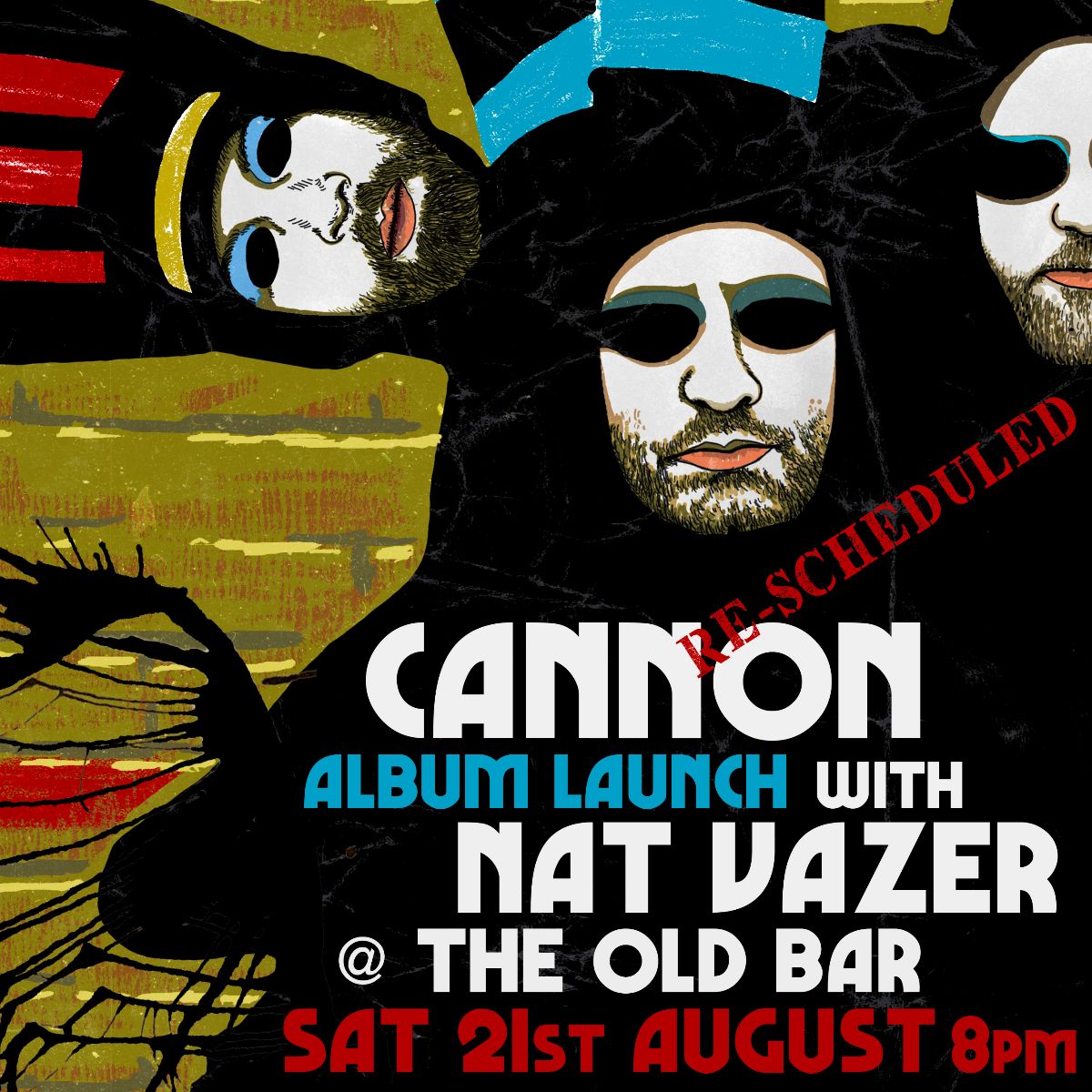 Recorded by Fabian Hunter in Melbourne and mixed by Colin Hegna in Portland, USA, Connexion alternates between hypnotic, modern grooves to more traditional, but no less worthy, rock/fuzz stompers. Frontman, Mitch McIvor’s vocals range from relaxed and intimate to screams of despair (often within the same song). Prominent and full of fuzz, Adam Green’s bass is the central feature that ties the tunes together and no one could doubt that Cannon sees Dave Mudie rightfully on display as one of the country’s truly great rock drummers. The band will launch their long-awaiting debut at beloved Melbourne stomping ground The Old Bar with support from AMP nominated artist Nat Vazer at the new rescheduled date on Saturday 21 August.

Tickets $15 on the door, details and more info via the Facebook event.