Last week I had a shocking cold. Blocked nose, sore throat, and feeling poorly. This made me think about the countless vitamins and supplements on the market that promise to ease symptoms of a cold, help you recover faster, and reduce your chance of getting another cold.

When it comes to the common cold (also called upper respiratory tract infections) there is no magic cure (I wish) but some supplements may deliver very minor improvements. Here is what the latest research evidence says.

For the average person, taking vitamin C does not reduce the number of colds you get, or the severity of your cold.

In terms of how long your cold lasts, some studies have looked at people taking vitamin C every day, while others have focused on participants taking it once they develop a cold.

In 30 studies comparing the length of colds in people regularly taking at least 200 milligrams of vitamin C daily, there was a consistent reduction in the duration of common cold symptoms.

However, the effect was small and equates to about half a day less in adults, and half to one day less in children. These types of studies also found a very minor reduction in the amount of time needed off work or school.

Among studies where vitamin C was only started once a cold had developed, there was no difference in duration or severity of a cold.

There are some risks to taking vitamin C supplements. They can increase the risk of kidney stones in men, and shouldn’t be taken by people with the iron storage disease haemochromatosis, as vitamin C increases iron absorption.

Although in the general population vitamin C has no impact on the number of colds people get, there is an exception. For people who are very physically active – such as marathon runners, skiers and soldiers exercising in very cold conditions – vitamin C halved their chance of getting a cold.

A few studies have also found some benefit from vitamin C supplements of at least 200 milligrams a day for preventing colds among those with pneumonia.

However, taking vitamin E supplements in combination with a high intake of vitamin C from food markedly increased the risk of pneumonia.

A review of studies testing zinc supplements in healthy adults found starting daily supplements of at least 75 milligrams within 24 hours of the onset of a cold shortened the duration by up to two days or by about one-third. It made no difference to the severity of the cold.

There was some variability in the results across trials, with insufficient evidence related to preventing colds. Researchers suggested that for some people, the side effects such as nausea or a bad taste from zinc lozenges might outweigh the benefits.

Take care to stop zinc supplements as soon as your cold resolves because taking too much zinc can trigger a copper deficiency leading to anaemia, low white blood cell count, and memory problems.

Only one study has tested the impact of garlic on the common cold. Researchers asked 146 people to take garlic supplements or a placebo daily for 12 weeks. They then tallied the number and duration of their colds.

The group that took garlic reported fewer colds than those who took the placebo. The duration of colds was the same in both groups, but some people had an adverse reaction to the garlic, such as a rash, or found the garlic odour unpleasant.

In a review of 13 trials of probiotic supplements that included more than 3,700 children, adults and older adults, those taking supplements were less likely to get a cold.

Their colds were also likely to be of shorter duration and less severe, in terms of the number of school or work days missed.

Most supplements were milk-based products such as yoghurt. Only three studies used powders, while two used capsules.

The quality of the all the probiotic studies, however, was very poor, with bias and limitations. This means the results need to be interpreted with caution.

Echinacea is a group of flowering plants commonly found in North America. These days you can buy echinacea products in capsules, tablets or drops.

In a novel experiment on 15 healthy adults, researchers measured the participants’ nasal mucus flow velocity – our ability to break down and expel mucus to breathe more clearly. They tested how runny participants’ noses were after sipping either hot water, hot chicken soup or cold water, or sucking them through a straw.

Sipping hot water or chicken soup made participants’ noses run more than cold water, but sipping chicken soup worked the best. The researchers attributed this to the chicken soup stimulating smell and/or taste receptors, which then increased nasal mucus flow.

Another study on chicken soup found it can help fight infection and recovery from respiratory tract infections.

Other researchers have shown comfort foods, such as chicken soup, can help us feel better.

Read more: Do you know what’s in the herbal medicine you’re taking? 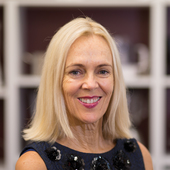