THE AUSTRALIAN MUSIC INDUSTRY IS IN MORE TROUBLE THAN ANYBODY THOUGHT

THE HARD-ONS HAVE CRACKED THE ARIA TOP 5!

In shocking news that could surely signifies the sharp decline of the Australian music biz, the Hard-Ons, a band who in their first interview (in 1985, with Sydney punk ‘zine Trousers in Action), declared themselves “bottom of the barrel and proud of it”, have today debuted at #4 on the ARIA Albums chart with their new album I’m Sorry Sir, That Riff’s Been Taken. To compound matters, the group and their record are also sitting at #1 on the vinyl album chart and the Australian artist album chart… 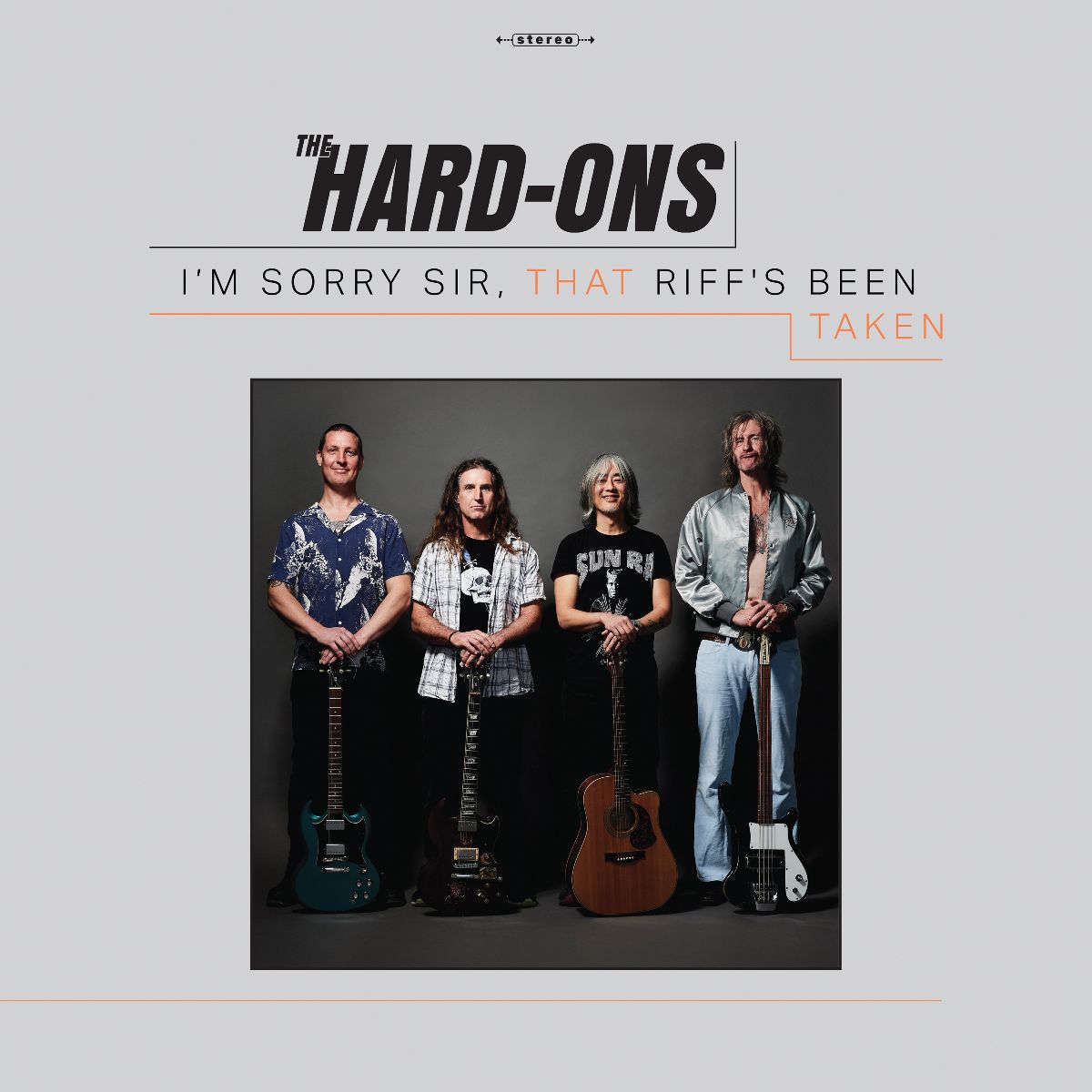 Yep, it’s unbelievable news, but it shows you what dedication and sticking to your guns can achieve. The Hard-Ons have been doing their thing, with only one hiatus, since forming at Punchbowl High in Sydney’s far-from-trendy South-Western suburbs FORTY YEARS AGO . They played their first pub show in ’84 and by the end of the decade were the most influential alternative band in Australia, regulars on the international touring circuit, and peers of heroes like Henry Rollins and Jello Biafra.  Shows with the Ramones and Nirvana and numerous Big Day Out appearances weren’t far away but, despite it selling around 25,000 copies, the band’s biggest selling album of the era, 1990’s Yummy, which featured the classic single ‘Where Did She Come From?”, barely troubled the ARIA Top 100. Those were different times; most alternative records sold in independent stores who didn’t report sales to ARIA, and the whole alternative and punk world was something that the suits at the big record companies couldn’t fathom and wouldn’t even acknowledge.

Of course, recruiting one-time teenage Hard-Ons freak Tim Rogers as their new lead singer has helped, but this sort of success wouldn’t have been forthcoming without the vast fanbase the Hard-Ons have built over the decades, or without the incredibly high regard, they are still held in punk and genuinely alternative-underground circles. And it wouldn’t have happened if they hadn’t made such a great record. I’m Sorry Sir, That Riff’s Been Taken has blown everybody’s minds and is destined to be viewed as an Australian rock and punk classic.

I’m Sorry Sir, That Riff’s Been Taken is out now on Cheersquad Records & Tapes on vinyl, CD and digital formats – if you’re after one of the range of coloured vinyl pressings we suggest you jump quickly – and the Hard-Ons, with their new singer, who still loves the band as much as ever – will be touring in March & April 2022. Tour dates follow…

Tim Rogers on the Hard-Ons (as told to Blunt): “I’m a fan first and foremost. [They were] the first band I loved that I could see, the first band I got my nose broken to, [and the first band] I lost my hearing to. There are so many firsts. And then to be in the rehearsal room… I looked over at Blackie’s amp and went, ‘Oh, that’s the amp.’ And I saw the SG, and I was like, ‘That’s the SG.’ I’ve been watching him play with those since 1986.” 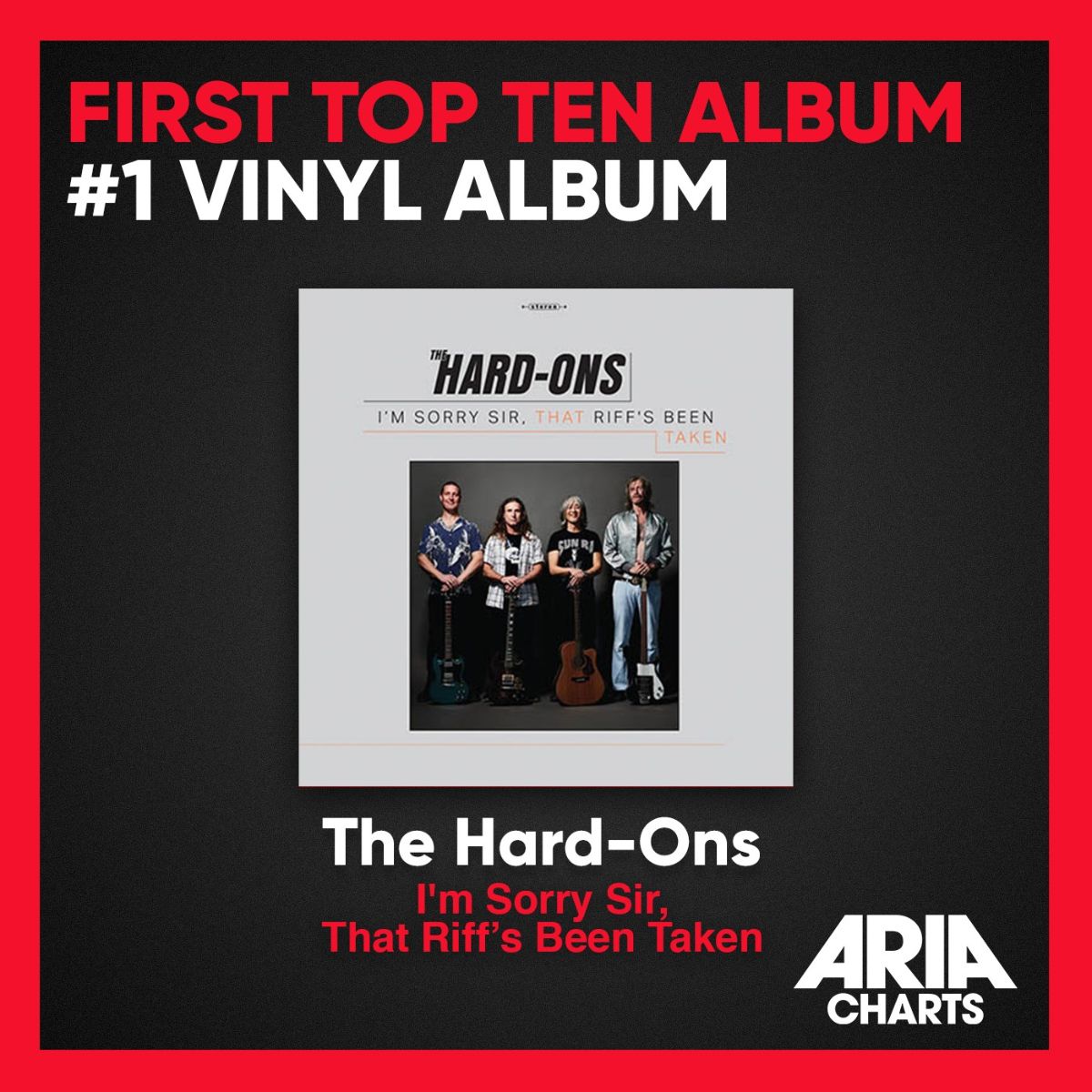 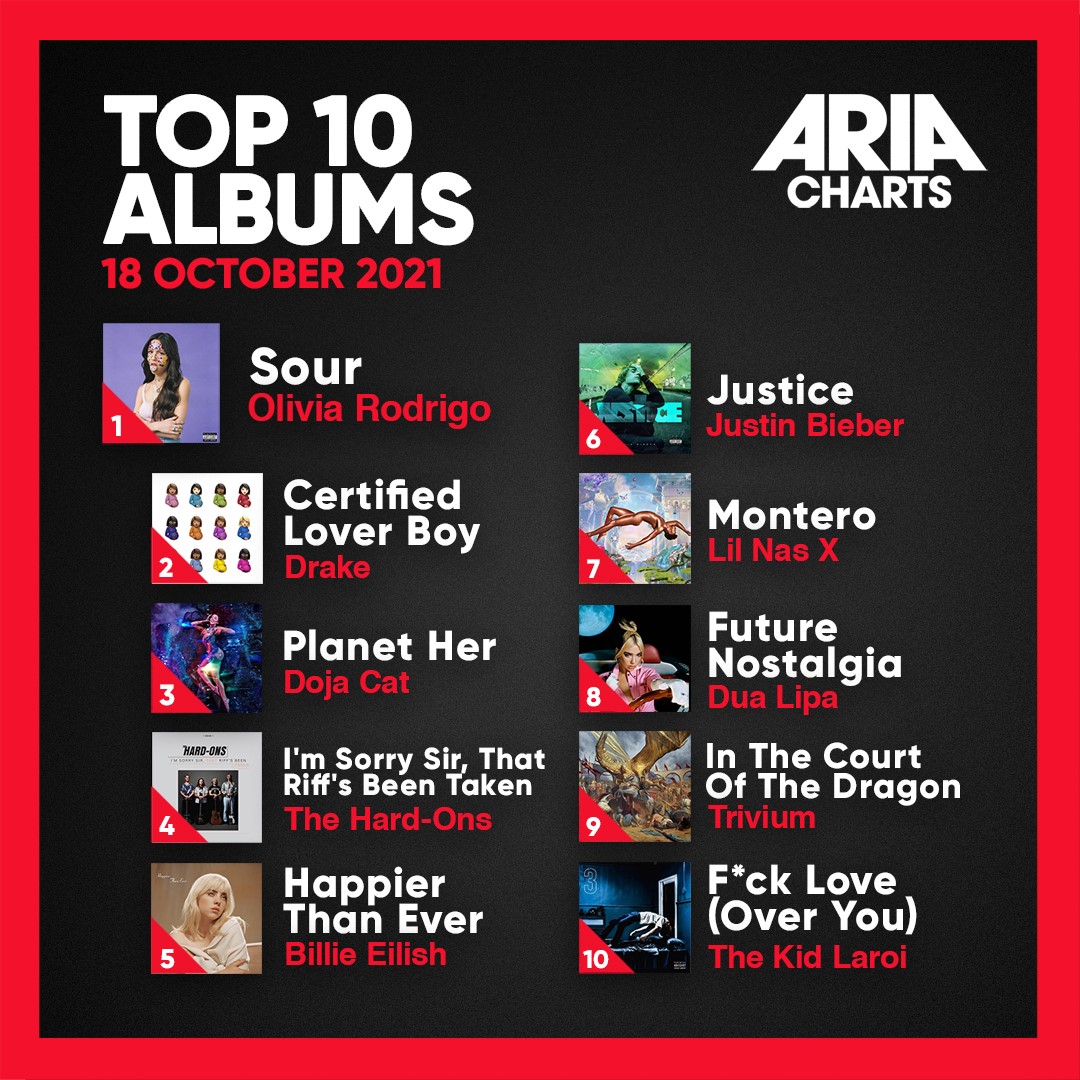 “The Hard-Ons were and still are amazing” – Warren Ellis (Dirty Three/Nick Cave & The Bad Seeds)
“(The Hard-Ons) should be in the ARIA Hall of Fame!” – Dave Faulkner (Hoodoo Gurus)
“The Hard-Ons are trailblazers!” – Jello Biafra (Dead Kennedys)

One of Australia’s most loved and influential bands from the mid- ’80s through to now, the Hard-Ons came out of the multicultural South-West Sydney suburb Punchbowl and quickly won a large following nationally with their irreverent attitude and catchy, noisy high energy sound. Appearing on the Radio Birdman-influenced Sydney scene of the early ’80s and preceding the punk-pop boom of the ’90s, the Hard-Ons were a musical bridge and became a punk and alternative music sensation, blowing open doors by incorporating disparate elements – like a range of metal styles, from glam to thrash – which were previously unheard in Australian punk.  All the while they were forced to push through other barriers; barriers that appeared because of their mixed ethnicity and their wilfully transgressive and irreverent nature, which was typified by their name, and by Ray’s outrageous artwork.

In their early days, the Hard-Ons shared bills with the likes of the Ramones and Nirvana and appeared on numerous Big Days Out. They scored a never-bettered 17 consecutive number 1s on the Australian independent charts and in 1989 were the only Australian band still based in Australia to hit the top 5 in the NME charts (the only Australian artists to have achieved that – Nick Cave and the Go-Betweens – had both been UK-based).  Despite break-ups and the formation of other bands (Ray & Blackie’s other ongoing band Nunchukka Superfly) and, in Blackie’s case, a solo career, the Hard-Ons undertook their 19th European tour in 2018, when they played the massive metal festival Hellfest, alongside Judas Priest, Iron Maiden and Joan Jett. Soon to celebrate 40 years together, their new album with new kid Tim is their 13th.

Over the years, the Hard-Ons have won the vocal support of artists like Dave Grohl, Henry Rollins, and Jello Biafra. They’ve influenced subsequent generations of punk bands – from the Meanies to Frenzal Rhomb to Private Function – as well as a wide-ranging groundswell of Australian alternative artists – from You Am I to Spiderbait to Silverchair to Regurgitator to Magic Dirt to Powderfinger to the Dirty Three to the Chats – each of whom have been inspired by the Hard-Ons’ energy, free spirit and uncompromising dedication.

The Hard-Ons’ new album I’m Sorry Sir, That Riff’s Been Taken is out now via Cheersquad Records & Tapes. (Distributed by Magnetic South)

Live at the Bowl is back!