Guide to classics: the Tibetan Book of the Dead

Since it was first published in English in 1927, The Tibetan Book of the Dead has proved to be the most popular book on Tibetan Buddhism in the Western world. At present, there are at least 21 translations in multiple languages and formats. There are also multiple expert commentaries, ranging from scholarly discussions to Buddhist practice guides.

The Tibetan Book of the Dead is an exemplar of Tibetan literary prose and a compelling commentary on the universal experience of death and dying from a Buddhist perspective. A classic of medieval Buddhist literature, it contains vivid descriptions of the bardos or intermediary states between death and rebirth that are, like other medieval texts, often illustrated.

The most important thing to understand about The Tibetan Book of the Dead is that it is meant to be read aloud. This is not surprising when we consider that ancient texts from many cultures were meant to be recited. Reading silently was uncommon in the ancient world.

Not only is The Tibetan Book of the Dead meant to be read aloud, it is meant to be read to the dead. In other words, corpses are the intended audience for the work, which makes it unique among the world’s literary classics. Its opening lines speak directly to the deceased:

O, Alas! Alas! Fortunate Child of Buddha Nature,
Do not be oppressed by the forces of ignorance and delusion!
But rise up now with resolve and courage!
Entranced by ignorance from beginningless time until now,
You have had more than enough time to sleep.
So do not slumber any longer, but strive after virtue with body, speech and mind!

In this opening passage, we encounter the book’s fundamental messages. The first and perhaps most important message is that all beings are, in their fundamental nature, no different to the Buddha – sublime and perfect. This means that we can all become enlightened, just as the Buddha was enlightened. The next message is that a subtle, pared-back form of consciousness remains alert in the corpse for some time after death, existing in what is known as a bardo, an intermediate state of existence between death and rebirth.

A bardo is a mind-state rather than a place, a transitional state that is neither here nor there, not of this life but also not of the next. Etymologically, the word bardo breaks down into “bar”, which translates as movement or flow, like a stream, and “do” which translates as a stepping stone or island in the stream.

The idea of an island of stillness within a stream of movement is profoundly important in the Buddhist teachings, because it points to the hidden profundity of present experience, to the immediacy that is being in the now, which can open us to a direct and intimate experience of what Tibetan Buddhists call our true nature, or Buddha Nature.

The cycle of life

The final message of the lines quoted above is that physical death is not an ultimate end or oblivion. Indeed, it may be an opportunity. Even in the disembodied, post-mortem state of the bardo, there is still a chance for what Buddhists call Nirvana or liberation, which is freedom from the tyranny of cyclic existence.

Cyclic existence is birth, suffering, death, then rebirth into another life of suffering and death, on and on without end. Buddhists believe that we have all been trapped in this cycle of misery since the beginning of time and will remain trapped forever unless we do something about it.

The Tibetan Book of the Dead tells us what to do about it. It tells us how to achieve liberation in the moment of death and fulfil our potential as spiritually awakened beings, as Buddhas. This profoundly appealing promise is at the heart of Tibetan Buddhist beliefs about life and death.

As a book, The Tibetan Book of the Dead has a mystical origin story and a publication history unlike any other. According to Tibetan tradition it was created in the 8th century (around 750 CE) by Padmasambhava, a mystic and prophet from Oddiyana, in what is now far northern Pakistan, who established tantric Buddhism in the Tibetan Empire.

Padmasambhava did not write or compose the text, but rather spontaneously dictated it to Yeshe Tsogyal, a Tibetan princess, who was his most important disciple and the first Tibetan to achieve enlightenment. Yeshe Tsogyal is one of the few women in recorded history to be venerated as a fully awakened Buddha.

Padmasambhava told his exceptional disciple that the book’s message was not for that time, but for some future time, so Yeshe Tsogyal hid the text in a cave high on a mountain in central Tibet. Padmasambhava then prophesised that the text would be rediscovered more than 500 years later, when it would be needed by the people of Tibet and the world.

Exactly as prophesised, around 1341, when the bubonic plague was cutting down millions in Europe and Asia, a spiritually precocious 15-year-old boy, following instructions he had received in dreams and visions, climbed the mountain, entered the cave, and found the text.

The boy was Karma Lingpa, from then on renowned as a saint and visionary and the prophesied terton, or “treasure-revealer”, of the spiritual treasure that is The Tibetan Book of the Dead. The text was copied and distributed throughout Tibet and the lands where tantric Buddhism flourished – Bhutan, Nepal, Ladakh, Sikkim, Mongolia and China. It became one of the most treasured texts of Tibetan Buddhism.

If we accept the traditional version of events, The Tibetan Book of the Dead was created centuries before the epic poem Beowulf was composed in England, but was not made public or widely distributed until around the time when Chaucer wrote The Canterbury Tales. This has to be one of the longest publishing schedules in history, spanning nearly 600 years. True or not, the origin story adds to the book’s mystique.

The universality of death

The publication date for The Tibetan Book of the Dead, 1341 CE or thereabouts, gives us the historical context for the work’s appeal. The perilous time in which it was disseminated, at the height of the Black Death in Asia and Europe, meant that its unique vision of death as an opportunity for enlightenment resonated with a terrified population.

Its emergence or rediscovery at the time of the bubonic plague, and the Buddhist promise it holds of liberation from the cycle of rebirth and suffering, made it the most sought after text in the medieval Buddhist world. Its depiction of death and dying offered guidance in a time when human beings felt under siege by plague and conflict.

Of course, death is not just a medieval concern. All beings die and all beings grieve, human and non-human animals alike, so death both fascinates and terrifies. Although the Black Death no longer stalks the world, other plagues and pandemics have emerged with unsettling frequency: cholera, smallpox, yellow fever, tuberculosis, influenza, AIDS and COVID 19.

There are always wars, earthquakes, tsunamis, wildfires, accidents and other calamities. Death is our shadow. It darkens our steps from the minute we are born and endures after our life is lost, casting a pall of grief over those we have left behind. The Tibetan Book of the Dead became and remains the most well-known book about Buddhism in the Western world because it deals with the only topic common to us all: the inevitability of death and our need to psychologically or spiritually process that truth.

Translation and reception in the West

The English title was thought up by Walter Evans-Wentz (1878–1965) as a nod to The Egyptian Book of the Dead, a popular book among spiritualists at the time. Wentz, a theosophist determined to link the Tibetan text to his own fanciful spiritualist philosophy, was credited as the translator of The Tibetan Book of the Dead, but he did not actually do the translating. The translation was done by Kazi Dawa Samdup (1868–1922), the headmaster of a boarding school in the Sikkimese capital of Gangtok and a one-time interpreter for the British Raj.

Wentz not only took credit for the translation; he altered it in such fundamental ways that it was no longer a translation at all, but a kind of literary fabrication that distorted the book’s Buddhist messages to conform to his own cooked-up spiritualist ideas. As a result, The Tibetan Book of the Dead, in that first edition produced by Wentz, was a kind of psychedelic travelogue of an afterlife that Buddhists do not believe in.

The spiritualist and quasi-psychedelic threads Wentz introduced are among the main reasons the book became popular among Western spiritualists of the 1930s and 1940s, some of whom later introduced it into the American counterculture of the 1960s.

In 1964, The Psychedelic Experience: A Manual Based on The Tibetan Book of the Dead was published, solidifying the link between the text and altered or psychedelic states of consciousness. Authored by notorious psychologists and psychedelics “researchers” Timothy Leary, Ralph Metzner and Richard Alpert (later the Hindu guru Ram Dass), the work takes Wentz’s fabrications and runs wild with them.

The link to psychedelic drugs and spooky spiritualism contributes to The Tibetan Book of the Dead’s ongoing appeal to a certain alternative Western non-Buddhist reader. However, this does not wholly explain its enduring popularity. More recent translations are true translations, rather than spiritualist fabrications or psychedelic imaginings. This has done nothing to reduce the book’s popularity. And it brings us to the real reason it is still one of the bestselling books about Tibetan Buddhism – its vision of what happens to us after death.

This vision resonates with Buddhists and non-Buddhists alike, because it provides a philosophy about life and death that addresses both our fascination with and fear of death. It treats death not as a final end, but as an opportunity to become more than we are, to become what we are in our fundamental nature, which, according to Buddhism, is perfect and at one with everything.

This satisfies two very human needs: the need to process the truth of death, and the need for our short and often limited lives to have meaning beyond mere survival or biological reproduction.

The Tibetan Book of the Dead, or rather the Bardo Thodol, shows us how to achieve both. Whether we believe in Buddhist notions of rebirth and cyclic existence or not, the message this text contains is unique, which is why it has become a classic of world literature and will likely remain one.

This retro-review was written by: 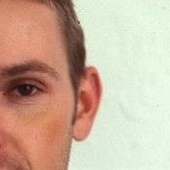 Pema Düddul does not work for, consult, own shares in or receive funding from any company or organisation that would benefit from this article, and has disclosed no relevant affiliations beyond their academic appointment.