Every other year, retired couple Jorg and Jan journey some 5,000 kilometres in their campervan from Port Fairy in southeastern Australia to Broome in the far northwest for a change of lifestyle and scenery. There they catch up with other couples from across the nation, who often converge on the beach for communal dinners. Jorg and Jan’s break lasts several weeks.

They are two of tens of thousands of retired adults travelling independently across the continent at any given time in search of adventure, warmer weather and camaraderie after a lifetime of hard work. These part-time nomadic adventurers, or grey nomads, have recast the image of Australia’s ageing population. Rather than being inert and conservative, or in need of care, these older Australians are champions of a radical type of urbanism: dwellings are mobile, infrastructure is portable or pluggable, social networks are sprawled, and adherents are on the move daily or weekly.

Grey nomad is a term used to describe Australians over 55 years old who travel for an extended time – from weeks to months – and cover more than 300 kilometres in a day across semi-arid and coastal Australia. The term was popularised following the 1997 Australian documentary Grey Nomads, which captured the phenomenon of older travellers who made their homes wherever they parked.

What is the scale of grey nomadism?

Travellers, including grey nomads, contribute to a “roaming economy”: decentralised dwelling results in decentralised spending. The Western Australian government estimated in its Caravan and Camping Visitor Snapshot 2016 report that 1.54 million domestic visitors spent time in caravans or camping, contributing more than A$1 billion to the state economy.

According to the Campervan & Motorhome Club of Australia, RV drivers spend an average of $770 per week. And their value to a remote place extends beyond economic capital to human capital. Grey nomads often provide labour (such as gardening, house-sitting or their pre-retirement professional skills) in exchange for a place to park or for extra income.

The availability of caravan parks, campsites and public parking reserves is essential to attract the grey nomad to regional towns. According to a 2012 report for Tourism WA, A Strategic Approach to Caravan & Camping Tourism in Western Australia, the state had a total of 37,369 campsites at 769 locations. In addition, remote private properties are becoming available through apps such as WikiCamps Australia.

But while many nomads go off-grid, carrying their solar panels and generators, others are just looking for free reserves to park in. Beyond the site and its amenities – such as power, water, showers or flushing toilets – qualities such as “authenticity” are important to nomads, as highlighted by Mandy Pickering. Sites should feel remote rather than urban.

Will future generations be as fortunate?

The rise of the grey nomad over the past half-century has been made possible through the ability of ageing Australians to fund this retirement lifestyle. They might sell their houses (some may simply benefit from having secure accommodation), withdraw their superannuation or receive government benefits. Nomadism is a reward after a lifetime entangled in an economic and social system that keeps the individual tied to a stable workplace and place to live.

For future generations, the outlook in terms of grey nomadism being a viable retirement lifestyle is not especially bright. Home ownership is sliding out of reach for many younger people. And many are enmeshed in the gig economy, meaning they are not receiving employer superannuation contributions.

Read more: Renters Beware: how the pension and super could leave you behind

Future generations may be so much in debt or living in such straitened circumstances that they cannot retire to a life of leisurely travel.

While grey nomadism might not be a sustainable model in the future, the lifestyle demonstrates how future generations of nomads – not necessarily grey – can live cheaply while populating regional centres for weeks or months, bringing economic and human capital to these remote places. These nomads will be able to work on their laptops in the public libraries, cafes, share houses and co-working spaces of country towns, accessing work remotely through cloud-based telecommunications.

They might not come in campervans but be dropped off in driverless vehicles; vacant campsites might become sites for small cabins. Or, as these nomads will be looking for temporary accommodation, spare rooms or entire houses might be made available. To find these dwellings, they might use apps that bring great efficiency to managing housing occupancy, enabling the “sharing” (renting) of unoccupied space for days, weeks or months.

Are regional towns ready to embrace these “emerging nomads” who are attracted by affordable living costs, network coverage, fast internet speeds, great weather, temporary housing options and unique regional identities, as the grey nomads were before them?

Grey nomads are recognised as a group that requires distributed infrastructures. They demonstrate a capacity for domesticity and urbanity without boundaries. The grey nomads are the precursor to a new generation that might not only want to travel, but need to in an economic environment that is not static or stable. And that will mean they can no longer afford to stay in one place. 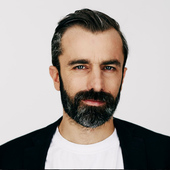