The documentary Girls Can’t Surf spans the 1980s and early 1990s as women surfers battled in and out of the ocean. It has the predictable surf movie elements — a countercultural vibe and lots of fluoro fashion — but its power comes from the untold stories of brave, tenacious and funny women who fought to be taken seriously in their sport.

In the 1980s, a fierce international group of determined women surfers decided enough was enough in the battle against sexism and unequal pay. The film highlights the fight on and off the waves that contributed to women surfers’ eventual 2019 equal pay deal with the World Surf League.

The women interviewed include Australians Jodie Cooper, Pam Burridge and Layne Beachley; South African Wendy Botha and Americans Frieda Zamba, Lisa Andersen and Jorga and Jolene Smith. They speak frankly of the fight for equality in a chauvinistic time, their struggles in the surf and their own coming of age.

In the early years of competitive surfing, the sentiment of these women could be summarised as we will succeed despite. As the film tells, pioneering women surfers earned a tenth of the prize money and were at times relegated to holding contests during the men’s lunch breaks.

The film highlights how much of the sport’s early focus was on how women looked. Speaking of women surfers in the 1980s, Damien Hardman, former surfing world champion, said, “I think they just need to look like women. Look feminine, attractive and dress well.”

Pam Burridge, the world champion in 1990, observes: “I got some flack that you girls need to lose weight or else the whole sport would fail.”

It was hard for competing women to get the chance to even surf proper waves. Jorja Smith, former pro surfer and rookie of the year in 1985-86, describes men surfing the best waves while women were left with “this shitty, hell-hole, scum pit [part] of the ocean” with onshore winds.

The surf conditions provided to these women were part of the bigger picture of respect and equality, or lack of it at the time. Although pay is the most visible topic in discussions of sports equality, broader respect for women’s competitions and the provision of support services are just as important.

You can’t help but cringe as the film flashes back to 1989, when organisers of the Huntington Beach OP Pro in California decided to drop the women’s event to provide more prize money to the top 30 male surfers. (But, of course, keep the bikini contest). After an outcry led by the Smith twins, the OP relented, reinstating the women’s event.

‘Lacking permission’ but the tides will change

An oft-stated argument at the time was that women surfers didn’t bring in the money through sponsorships from companies such as clothing brands — they didn’t sell bikinis the way male surfers sold board shorts.

But in 1993, Quicksilver discovered there was a shortage of the smallest size of boardshorts — because women were buying and wearing the men’s gear. It started a dedicated women’s surf wear brand called Roxy, which turned over US$600 million in just four years.

This film shows how women in surfing faced sexism and social backlash as they advocated for their rights, better pay, visibility and sponsorship deals.

The girls who got into pro-surfing in the early 1980s were pretty much exactly the same as the boys. They had the same dreams, the same visions but they didn’t have the permission of the surf culture.

Girls Can’t Surf cements the idea that sport is a microcosm for society. The 1980s was a time of stark contrast: of bikini contests on the beach versus the “power suit”. For women surfers, the swimsuit was at the centre of their battle.

The skimpy bikinis they were required to wear in contests tended to go awry while competing, ending in “an enema so bad, I thought I was going to die”, in the unforgettable words of Jodie Cooper, an ex pro-surfer from West Australia, known for her ability to surf big waves. (Sadly, big waves were in short supply for women competing at that time).

Girls Can’t Surf has an ebb and flow, like the ocean’s tides. There is, at times, a sense of two steps forward, one step back. In 1999, for instance, at Jeffrey’s Bay in South Africa, women surfers were sent out to compete in a heat when there were no waves. They refused to paddle out — instead, collectively sitting at the water’s edge. This moment was regarded as a turning point.

Yet as these women show, a few passionate and dedicated people can be the start of a movement that changes history. At this year’s Tokyo Olympics, surfing events for both men and women will make their debut.

Girls Can’t Surf will premiere at the Perth Festival on January 11, at Sydney Film Festival on January 17 and be released in Australian cinemas nationally in March, 2021. The Sydney screening screening will be attended by special guests Layne Beachley, Jodie Cooper, Pam Burridge, Pauline Menczer, and Christopher Nelius. 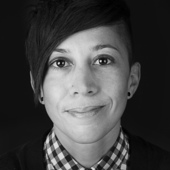