Do you feel less peckish when it’s hot or after a sweaty workout or spicy food? New research has discovered how body temperature might help control appetite through heat sensors in the brain.

Some of the first weighty evidence to support the idea that temperature and appetite are closely coupled came from a study on thousands of North American soldiers stationed around the globe during and just after the second world war.

Read more: Five supplements that claim to speed up weight loss – and what the science says

From the desert to the Arctic, temperatures ranged from 33°C to -34°C, while food eaten from the soldiers’ ample rations jumped from 13,000 kJ to 20,500 kJ. What was particularly remarkable was the striking correlation between food intake and the environmental temperature to which the troops were exposed.

For every extra 1°C, food intake decreased by about 110 kJ, equivalent to a 5g square of chocolate. So the soldiers sweating it out in the desert ate the energy equivalent of a third of a kilo of chocolate per day less than soldiers freezing in the Arctic.

A vigorous workout also reduces appetite and food intake. Both men and women ate around 25% less of a meal shortly after a sweaty bout of cycling when compared to rest.

Similarly, in new research, mice ate less after a vigorous workout on a treadmill.

We have an intricate network of hormones that help regulate appetite. These communicate between various organs, such as brain and gut, and our fat stores.

There are receptors throughout the body that detect heat. One type of these receptors are located in special nerve cells including in the brain (TRPV1 receptors), and sense heat and also pain.

What the new research showed was that mice specifically lacking these receptors in the brain don’t lose their appetite after intensely scampering on the treadmill. So these TRPV1 receptors detect the increased body temperature due to the vigorous exercise, signalling to the mice to eat less.

As you might expect, mice who lack these receptors can’t sense the pungent chilli spices. Since chilli spices activate TRPV1 receptors, you might also expect chilli would curb appetite and protect against weight gain.

In a summary of 19 studies, chilli (or its spicy component, capsaisin) reduced energy intake by about 300 kJ/day, the equivalent of about three squares of chocolate. If this energy deficit was maintained, it would take several months of eating this spicy condiment to lose 1kg of body fat.

How to harness the heat for weight loss

Increasingly, we’re living in climate-controlled comfort zones. Air conditioning is deemed one of the many modest contributors to our obesogenic environment.

A study on over 100,000 English adults found high indoor temperatures predicted lower body-mass index. For a 4-5°C increase in average indoor temperature (24.6°C versus 20°C), body weight was lower by about a kilogram.

If your goal is to lose weight, there are of course no quick fixes beyond the timeless message of “move more, eat less”. But eating spicy food, turning down the air conditioning and getting hot and sweaty with exercise might help you eat less. 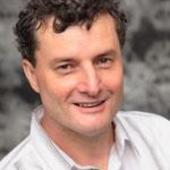