You might remember how Gwyneth Paltrow’s health and well-being website Goop was selling “medical” products with no proven measurable health benefits.

Decluttering expert Marie Kondo may be going down the same path.

Kondo now has a tuning fork and rose quartz crystal for sale in her online shop for US$75 (around A$110).

Striking the fork against the crystal creates pure tones that help to restore a sense of balance […] The rose quartz crystal in this set is associated with purification, connection and comfort.

Kondo’s decluttering approach draws on her personal blend of Zen Buddhist and traditional Shinto beliefs. Traditional Buddhism sees sound and vibration as building blocks of the universe. Buddhists believe chanting creates a healing resonance and reverberation that benefits the universe.

Much media discussion has focused on how Kondo’s decluttering seems at odds with running an online store. But her tuning fork does appear to reflect the philosophy that underpins her decluttering.

Read more: Time for a Kondo clean-out? Here’s what clutter does to your brain and body

From vibrations in the womb

Human beings have always been instinctively drawn to vibration. It may go back to our experiences in the womb, where we live daily with our mother’s heartbeat and vibrating breathing.

The idea of the music of the spheres — that the universe produces vibrations that are harmonic and hold everything in place — goes back to the ancient Greek thinker Pythagoras.

But it wasn’t until the 1960s that English osteopath Sir Peter Guy Manners developed tuning fork therapy. He believed sound vibrations could provide comfort and healing for a range of conditions: chronic inflammation, arthritis, and even bacterial infections. This was based on ideas that were common to Western alternative practitioners and traditional Eastern practitioners.

These practitioners argued all created things, including the body, are a network of living energies. These energies could be disrupted and restored by different interventions into this force field.

You will find this idea today in acupuncture (qi), Ayurvedic medicine (prana), and reiki energy healing.

Certainly, energy is real and used in modern medicine all the time. Lasers, electricity and radiation are all forms of energy. Magnetic energy and sound vibrations also appear to have some therapeutic properties. However, we don’t fully understand these yet.

The existence of other forms of physical energy like qi or prana or “biofield energy” is unverifiable. We can’t prove scientifically they exist, even though many schools of healing believe in them and build their practice around them.

Back to the tuning fork

Kondo’s tuning fork is tuned to a frequency of 4,096 hertz. The idea is that you strike the crystal with the fork, and this sets up a reverberation of 4,096Hz in the crystal.

Quartz is an unusual mineral. It acts like a tuning fork all by itself: it transforms energy applied to it into mechanical energy, which keeps the quartz vibrating almost indefinitely.

This is very useful if you are making watches. A watch battery can run a charge through the quartz and keep it oscillating. This is why quartz movement watches are incredibly accurate until the quartz begins to deteriorate.

The Kondo tuning fork also comes with a choice of three types of quartz: clear, rose, and smoky quartz, each with different apparent effects.

But if you believe strongly enough that crystals are healing you — or are bringing you confidence and joy or peace or stability — then there may be a placebo effect. If you culturally associate healing or peace with a particular type of crystal, then it may help you — but again only because you believe in it. Crystals are also comparatively harmless.

With the industrial revolution, more doctors in the United Kingdom and Europe began to integrate electricity — known then as “medical galvanism” — into their treatments. This included using electricity to stimulate wasted muscles, which actually works, as does shocking a stopped heart back into action. So it’s not surprising doctors also tried to use vibration as a therapy.

In the late 19th century, it’s alleged doctors used vibrators to treat women with “hysteria”. However, this may be a myth, and a salacious one at that. There’s no real evidence to suggest this was normal practice, or even experimental practice.

Read more: Vibrators and hysteria: how a cure became a female sexual icon

Today, vibrators have moved into the sexual entertainment industry (and the home). But “massage devices” are still sold by mainstream retailers.

Then there’s the long history of why your hairdresser gives you a scalp massage while shampooing and conditioning. At the beginning of the 20th century, Australian hair salons used very popular vibrating devices to provide customers with “vibro-massage”. This was believed to keep away grey hair and stop hair loss.

Vibrating pads and belts were also popular for decades because they promised easy weight loss with no effort. However, it’s not possible to lose weight unless you are actually doing the moving, rather than the machine — that’s what burns the kilojoules.

There’s also the idea about vibrating your whole body to lose weight at the gym. But again this hasn’t been fully tested and verified.

As you read about these products, it’s possible to see the same appeal to unverifiable energies. These can’t be proven to exist. But this also means they cannot be proven not to exist.

Practitioners of this so-called “energy medicine” like to appeal to quantum theory to explain and legitimise their therapies.

The idea of “quantum healing” is that electrical and electromagnetic activity takes place at a subatomic and molecular level to bring about healing in individual cells in the body.

We have no equipment specialised enough to detect these changes in individual cells in the human body, or to measure it over time. So it can’t be proven. It also can’t be distinguished from the placebo effect.

We also need to remember there’s a difference between energy and vibrations we can’t perceive naturally (such as from oscillating crystals), and those we can perceive. Most people can tolerate or even enjoy a small amount of vibration, but too much can induce discomfort, nausea, or even injury.

Ultimately, if you want to buy Marie Kondo’s crystals and tuning forks, feel free, but buyer beware. Or you can choose to use healing techniques that have been shown to make a real difference in people’s health at a much lower cost. Some of these, like walking and singing, are free. 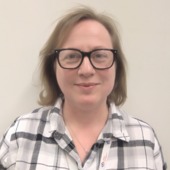 Researcher claims CRISPR-edited twins are born. How will science respond?

Early exposure to infections doesn’t protect against allergies, but getting into...

Why is it so hard to stop COVID-19 misinformation spreading on...

When the coroner looked at how to cut drug deaths at...

40 years ago, scientists predicted climate change. And hey, they were...