Political parties wishing to win majority support in the pursuit of gaining control of government cannot afford to be tied too closely to a rigid ideology or set of views. They must accommodate a range of viewpoints and approaches to matters of public policy, even as they decide which policy to pursue.

In the case of the Liberal Party, former Prime Minister John Howard summed up this reality of political life with his description of the party as a “broad church” that married the conservative tradition exemplified by the Irish writer Edmund Burke with the liberalism of John Stuart Mill.

This formulation was vague enough to encompass a range of political positions, even if they were at odds with one another. The “broad church” ideal had a simple goal – ensure that all Liberals were inside the tent and shared a common outlook.

In earlier days, the Liberal Party could define itself in terms of being “anti-Labor”. Labor sought an Australia based on national planning, abolishing the federal system and nationalising institutions such as the banks. The Liberals summed this up in one word: socialism.

The ALP increasingly adopted liberal principles, not just in economic terms as exemplified by the Hawke/Keating reforms, but also in social matters. The party also dropped its traditional social conservatism; its last exponent was 1960s leader Arthur Calwell.

Read more: As the Liberal Party continues to fracture, we may be watching its demise

As the ALP “modernised” and jettisoned much of its earlier ideological baggage, the Liberal Party needed to find what is described these days as a new “brand”, and Howard’s “broad church” was a response to these changing circumstances.

In many ways, the “broad church” formulation of the Liberal brand is much weaker than “anti-socialism”. This may reflect the fact that the old left vs. right division, with its clear-cut understanding of politics in material terms, has largely ceased to be relevant.

In these circumstances, the possibility of conflict within the Liberal Party based on both values and interests becomes greater. For example, the issue of the National Energy Guarantee cannot be conceptualised in traditional left/right terms.

The same is true of climate change in general. One of the biggest international critics of anthropogenic global warming is Piers Corbyn, the brother of UK Labour leader Jeremy Corbyn, who considers “climate change” an attack by globalists on the working class.

The advocates of coal-fired power stations in the Coalition would seem to have more in common with Piers Corbyn and the values of Calwell’s Labor Party than with contemporary progressive liberalism. And from an old-style Labor perspective, the focus in that party would be on prioritising cheap energy for the ordinary working person.

What this suggests is that divisions about contemporary political issues are becoming increasingly difficult to comprehend with the ideological tools handed down to us from the past, and to do so is to paint a false picture. Of course, there are intellectual differences between those advocating for the increased use of renewable energy sources and those who wish to build new coal-fired power stations. There are also other interests involved of a more material kind.

Another issue currently being debated in parliament – whether to allow the territory governments to legalise euthanasia – is again not so much a left/right issue as a liberal/conservative one. I think it would be true to say that such a bill would have horrified the Labor party of the 1950s, especially given the significant number of Catholics in its ranks.

The Coalition is now the home of social conservatism in the Australian parliament. Given the success of the same-sex referendum last year, one can only wonder if the tide is flowing against them also on euthanasia.

Evolving for the modern political age

The ALP has claimed at least some of the heritage of John Stuart Mill as expressed in contemporary liberal progressivism. The party has left the conservative working class behind. In so doing, they seem to have created a much stronger brand.

One reason for this division is the heterogeneity of the current Liberal Party and its support base. It can longer define itself as being “anti-socialist”. The “broad church” brand was an attempt to turn that heterogeneity into unity, but it may have only papered over the cracks. This reflects the ideological muddle of 21st century politics.

Modern-day Australia imposes certain realities on political parties. The most important one is that the important public policy issues of the day go beyond old-fashioned left/right characterisations.

Political parties need to be nimble and agile if they are to escape from the labels of a past age. Otherwise, they will continue to repeat the errors of recent years. 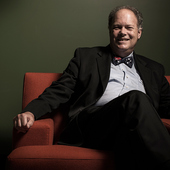