While Australia’s impressive record of tobacco control legislation has seen the national daily smoking rate fall from 24% in the early 90s to 12.2% in 2016, there’s still more that could be done.

In a commentary in the Medical Journal of Australia today, we’re arguing governments should consider litigation against the tobacco industry to recover the massive health care costs associated with use of their products. These costs have been borne by Australia’s health care system, and there are a number of reasons that this an opportune time to consider legal action.

Tobacco is still a critical public health issue and remains the leading cause of preventable death, killing 15,000 Australians every year. Associated social and economic costs were estimated to be A$31 billion annually in 2008, and are now likely to be considerably greater.

3. Legal action is supported by the WHO

Legal action is an increasingly important tobacco control instrument, and its value is recognised by the World Health Organisation’s Framework Convention on Tobacco Control, which Australia has ratified.

The tobacco industry has recently experienced a series of international legal setbacks including challenges to Australia’s plain packaging legislation.

Current litigation in Canada provides potentially useful lessons for similar action here. British Columbia became the first Canadian province to commence legal action in 1998. Once its constitutional right to do so was upheld by the Supreme Court of Canada, following challenges by the tobacco industry, the remaining nine provinces followed British Columbia’s example and have filed lawsuits to recover health care costs.

What would need to happen first?

Experience of Canadian provinces should be taken into consideration if legal action is to be pursued in Australia. Any action would first require at least one jurisdiction to establish a legal mechanism that would enable litigation.

This could be enacting legislation similar to British Columbia’s. It would also need to take into account the Australian health care system involves areas of federal, state and territory responsibility, which may mean states, territories and the Commonwealth could all be claimants.

Given the size of claims made by Ontario and Quebec, it would be imperative that parent companies of Australian subsidiaries remain as defendants. This would require marshalling evidence that points to parent company direction and oversight of local operations.

It should be assumed the tobacco industry will challenge and delay the litigation process at every opportunity, pushing up costs and testing the resolve of claimants.

As the Canadian experience suggests, suing the tobacco industry would be a complex and protracted process that would require commitment of significant resources by government and relevant experts.

But the potential benefits of litigation are significant. As well as potential recovery of billions of dollars spent on treatment of diseases attributable to smoking over past decades, litigation would serve as a stark reminder of the health and social impacts of smoking, and the misconduct of the tobacco industry.

It would also contribute to the denormalisation of smoking, and generate public support for future public health measures. If governments do pursue litigation, they will need to be prepared for a long and complex battle. But there could be substantial financial and health rewards from holding the tobacco industry in Australia responsible for their wrongs. 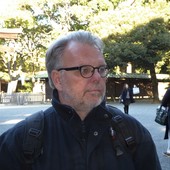 Ross would like to thank his MJA coauthors Eric LeGresgley and Mike Daube.