The federal government will be forcing banks to hand over half their credit data ready for reporting by mid-2018 (with the remainder available in 2019).

It seems rather quaint in the age of big data that the big four banks have been able to hold onto their treasure troves of loan data for so long. This data reveals how reliable we are at repaying our loans. This information is gold to a lender.

For the government’s proposed legislation to work well, it would need to ensure effective regulatory systems are in place to protect our data and avoid more mortgage stress. To achieve this, lessons need to be learned from the US experience.

The new legislation on credit data promises to open up the consumer credit market to increased competition. This may in turn lead to cheaper loans.

Nimble competitors using new technologies could offer consumers innovative loan products at competitive interest rates. Non-traditional lenders could aggressively expand their market share at the expense of the banks. Consumers would seem to be the beneficiaries.

Lessons from the global financial crisis

The US system already has required reporting of the positive aspects of a consumer’s credit behaviour, including their timely loan repayments. This has enabled companies to develop statistical scoring models to estimate a consumer’s loan default risk with remarkable accuracy. Credit scoring became the cornerstone for underwriting decisions for consumer loans.

Unsurprisingly, this led to intense competition. With more accurate data, lenders no longer had to assume that low income consumers represented a higher risk of defaulting on their loans.

With customer loan histories being made available to competitors, low income consumers with a history of being reliable repayers were offered loans. As competition intensified, an ever-expanding sub-prime loan mortgage market developed. Shoddy loan practices became rife, setting the stage for the 2008 global financial crisis.

Partly in response to the global financial crisis, Australia introduced responsible lending obligations on lenders, which are designed to stop loans to consumers who lack the capacity to repay them. However, the US subprime experience showed that lenders became adept at dodging the rules, and regulators appeared to lack the will to enforce them. The regulators will need to be particularly vigilant to avoid this occurring in Australia.

A bad or inaccurate score will have serious implications for a consumer. They may either be refused loans, or only be offered interest rates that are higher than if their score had been accurate.

There needs to be effective systems in place to ensure consumers have ready access to their score, and that they be able to challenge any inaccuracies. Informational transparency should apply for the benefit of both lenders and consumers.

Yet another risk is that our personal loan information will be stolen by criminals. Earlier this year, credit rating agency Equifax was subjected to a cyber attack affecting over 143 million Americans and over 600,000 Brits. Australia’s largest credit reporting agency, Equifax Pty Ltd, is a wholly owned subsidiary of Equifax Inc.

The data breach is subjecting US and UK consumers to increased risks of identity fraud and targeted scams. Requiring the banks to release our loan data to third parties increases the risk of data breaches.

Increased competition can offer considerable benefits for consumers. However, overheated competition risks damaging the interests of individual consumers, and the economy as a whole.

Consumers also face the increased likelihood of data breaches. The federal government and its regulatory agencies will need to be highly alert to these dangers, and ever vigilant. 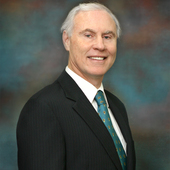