won’t-stop While the flu vaccine cuts your chance of coming down with influenza, that’s not the whole story

As we head towards a southern hemisphere winter, many people are wondering if it’s worth getting the flu vaccine.

Generally speaking, if you are vaccinated, you’re less likely to get the flu. But that’s not the whole story.

For most healthy people, it’s about considering the cost and a few seconds of pain against the possibility that you’ll need to take time off work and endure a few days of misery due to infection.

For people who come into contact with vulnerable people – like the elderly, young or sick – getting vaccinated reduces the risk that you can pass it on.

For vulnerable people, the flu can be the difference between being at home with a chronic disease, and being in hospital with complications such as bacterial pneumonia.

When you should get vaccinated is a bit like playing the lottery. If you are vaccinated too early, there’s the risk it doesn’t work when you most need it; too late and you may get the flu while unprotected, or forget to have it before flu season hits.

Here’s what you need to know when deciding whether to get vaccinated, and when.

People who get vaccinated are at lower risk of getting influenza than those who are not. They are less likely to be laid up in bed with sweats, shivers and muscle aches, and take time off work or their usual activities, or be hospitalised with complications.

The Australian government recommends everyone from six months old be vaccinated, with those in the following higher-risk categories eligible for a free shot in 2017:

The mild symptoms that some people get after vaccination are usually related to the vaccine generating an immune response. This is how vaccines work – by “training” the immune system to recognise parts of the influenza virus, it can respond more effectively when it encounters the real thing. There is no “live virus” in the flu shot. Your body responds to parts of the flu virus in the vaccine; you cannot “catch the flu” from it.

All brands of flu vaccine available in Australia are safe; researchers are continuing to monitor for any side-effects week-by-week using SMS feedback from people who have been recently vaccinated.

Like all medications, the flu vaccine carries with it a small risk of side effects, like temporary soreness at the injection site.

Most clinical trials that have looked at how effective the flu vaccine is were performed in healthy adults and children. However, the people for whom we strongly recommend flu vaccine are those who are older and with chronic illnesses. Unfortunately the vaccine doesn’t elicit as strong an immune response in these groups. They are targeted for vaccination because of the high risk of complications.

In Australian studies, we generally estimate the risk of influenza is reduced by about 40-50% in people who receive the vaccine.

While this might seem low, reducing the risk of infection by half is worth the effort.

There are a number of different strains of influenza, which are categorised into types, subtypes and strains. For example, one of the four strains in the 2017 vaccine is called A/H3N2/Hong Kong/4801/2014, which refers to an influenza A type, a H3N2 subtype (flu viruses are defined and named by proteins on their surface, haemagglutinin – H, and neuraminidase – N), and a strain first isolated in Hong Kong in 2014.

In a typical year, there are usually three subtypes (in varying proportions) of the influenza circulating that cause disease. Except in pandemic years, the circulating strains are usually variants of the previous season’s strains, and this allows the World Health Organisation to make recommendations on which strains should go into the next season’s vaccine.

Occasionally, the vaccine strains aren’t well matched to circulating strains. This risk of mismatch has been reduced by the quadrivalent vaccine that contains four strains.

Protection from the flu doesn’t last that long

In most of Australia, the peak flu season usually runs from August to September.

How long it provides protection probably depends on the patient (some studies show elderly patients have a shorter immune response) and the virus (some influenza subtypes elicit a stronger immune response than others).

So there is some concern that if people are vaccinated too early in the year, their immune response might be starting to decline just when it is needed.

Studies that have looked at how important this is have shown conflicting results. While one study found the effectiveness of the vaccine against the A/H1N1 and A/H3N2 strains declined after three months, the other study found a decline only against A/H3N2 and B strains.

In the meantime, we generally recommend April to June is probably the optimal time for vaccination – early enough for your immune system to “learn” how to deal with the influenza virus for the peak flu season, but not so late you miss the peak flu season.

Although most flu cases occur in winter, we are increasingly aware of cases that occur throughout the year. This is particularly important in tropical regions where influenza tends to circulate all year round. 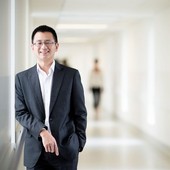 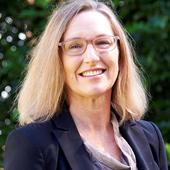