A “top five” list from a major film festival will inevitably annoy many people, because, by necessity, there are many films that one is not able to see, and the scheduling at this year’s Sydney Film Festival involved significant clashes.

Still, perhaps the best thing about large film festivals is that they make people watch films they normally wouldn’t. Of the 30 or so I did catch, there were fewer spectacular ones – and notably, fewer duds – than in years past. Here are my five stand-outs.

Directed by Sébastien Marnier, School’s Out was my pick for best film at the festival. The narrative follows Pierre (Laurent Lafitte), a substitute teacher who takes over a class of elite students at a French private school, after the suicide of their teacher in the film’s opening scene. What begins as mere attitude from the arrogant students, led by Apolline (brilliantly played by Luàna Bajrami in her first feature film), turns into something more menacing as the film progresses.

For the most part, the film is told from Pierre’s point of view, and this creates a sense of claustrophobic paranoia as he feels increasingly threatened by his students. We can never quite put our finger on the reason for this and this interplay between his sense of danger and the objective perspective of the other teachers regarding the saintliness of the elite students drives the tension.

The whole thing is undergirded by a deep ecological anxiety that endows the film with a sense of significance greater than the ostensible clash between a teacher riven with an inferiority complex and his precocious students. It is as if we are watching a staging of the struggle between entrenched power, which continues to destroy the planet, and the nihilistic youth who are in tune to this, following their final, fatal attempts to do something about it.

This thematic material is engaging enough. But it is the sheer control with which Marnier manages the tension and manipulates the viewer (whilst avoiding thriller cliches) that makes School’s Out a masterpiece. A magnificently wrought, flawless film, it also happens to be incredibly engaging at an affective level.

The “people hunting people for sport” sub-genre has produced some of the most disturbing – and effective – films in genre cinema, dating back to The Most Dangerous Game of 1932. Cornel Wilde’s The Naked Prey (1965) remains one of the best, as does John Woo’s Hard Target (1993), one of the only genuinely good Jean-Claude Van Damme films. Bacurau, an excellent genre thriller from Brazilian writer-directors Juliano Dornelles and Kleber Mendonça Filho, marks another entry on this continuum.

Set sometime in the near future, the film revolves around a hamlet of the same name in the sertão in north-east Brazil. The inhabitants notice that Bacurau has disappeared from GPS mapping. This is quickly followed by a series of murders of the inhabitants, the victims of a squad of mercenary killers led by Michael (played by the inimitable Udo Kier). Most of these killers are from the US, and, whilst there are political motivations underpinning their invasion of the town, they seem to be mainly doing this for the fun of it (which includes only hunting with old-fashioned weapons such as Tommy Guns!).

The inhabitants catch wind of the situation pretty quickly, and, led by guerrilla freedom fighter Lunga (Silvero Pereira), organise their resistance to the coloniser, which, needless to say, involves a great deal of blood. The second half of the film, channelling the films the directors clearly love in staging this struggle (ie those made by Sam Peckinpah and John Carpenter), is more effective than the first half, which is a little meandering in its kind of loose, new wave style.

It is an extremely violent – and extremely funny – film, with bad taste aplenty. And this will, surely, alienate many viewers. But Bacurau will not disappoint those of us who like trashy genre films.

The Brink follows alt-right puppeteer Steve Bannon, after his dismissal as Trump’s Chief Strategist, as he sets about fostering a populist, anti-immigration movement uniting Europe and the US in the lead up to the US congressional election of 2018. Filmmaker Alison Klayman is given extremely close access to Bannon, and we see him strategising in meetings with European leaders of far-right parties, in “fly-on-the-wall” style – there is no clear exposition, and no talking heads and voice-overs here.

The viewer (like Klayman) simply accompanies Bannon throughout his self-styled campaign. The intimacy she is granted is, perhaps, testament to Bannon’s vanity – he and his team are very open about their activities (for instance, they laugh at a supporter’s house at one point), and he does seem to be performing for the camera a lot of the time.

What is particularly interesting, though, is the insight the film gives into Bannon and his motivations. Often presented as a kind of fringe lunatic and extreme right zealot in the popular media, Bannon is revealed here as little more than a cynical Machiavellian who will do whatever he can to maintain his power – and class privilege. (Like Trump, he pretends he is an outsider who appeals to blue collar workers but most of his support comes from white collar workers. He is, after all, the ex vice-president of Goldman Sachs, and was educated at elite universities.)

We see, perhaps more than anything, how Bannon relies on personal charm, irony and humour to try to disarm his critics and opponents. Bannon appears as a man desperate to be liked – a bit of a loner, a nerd – unwilling to face any direct confrontation or challenge of his views. When a Guardian reporter, for example, challenges his antisemitic rhetoric, Bannon responds by touching the man’s arm and trying to laugh it off in a blokey way.

The Brink offers a thrilling, energising insight into political strategy. To call Bannon deceptive – or to moralise about his actions – would be to miss the point. The film suggests Bannon’s aim is to consolidate power, and the ways he goes about this reveal important lessons for anyone interested in politics and populism.

American indie director Rick Alverson’s latest film is an exquisitely photographed and scored exercise in weirdness featuring Jeff Goldblum as a kind of snake-oil salesman who drives around the American west in the 1950s hawking lobotomies and electroshock therapy treatments to willing hospitals. Andy (Tye Sheridan), a young man with his own mental health issues, is employed as his photographer, visually documenting his surgeries and his patients’ experiences.

There is an eerie starkness to the film – the white of winter snow (with faint echoes of The Shining), of lab coats, of asylum walls – that grounds its at times heavy-handed attempts at strangeness.

Although a little pretentious in places, The Mountain is so beautifully made, and the story offers such an effective mixture of comedy and horror, that it is one of the strongest “strange cinema” films of recent years. At the same time, The Mountain, for all its hammy weirdness, does mark an effective intervention into narratives of medical progress through its measured depiction of the brutal treatment of mental illness in America.

God Exists, Her Name is Petrunya

Despite the irritating title (which perhaps works better in its native language, Macedonian), God Exists, Her Name is Petrunya is a delightful parable from Macedonian writer-director Teona Strugar Mitevska. Set in a small Macedonian town, the film follows the social ostracism and persecution of unemployed Petrunya (Zorica Nusheva), when she wins a religious game traditionally played by men involving the retrieval of a cross cast by a priest into a freezing cold river. She is hounded by police, representatives of the Church, and an increasingly violent mob of men, yet refuses to return the cross to the Church.

Her persecution is in tandem with journalist Slavica (played by the director’s sister, Labina Mitevska) and her attempts to present the hapless Petrunya as some kind of champion of womens’ rights, a modern day feminist martyr suffering for gender equality in the Balkans.

Despite the incisive points the film makes about small town politics in general, it has a whimsical and gentle humour. Every image is beautifully framed, and realised with a subtlety rare in films on the festival circuit. Remarkably, the film is based on real events that happened in the town in which it is set and shot.

There are, of course, several other excellent films that screened at the festival. Some of these, like Meeting Gorbachev, Werner Herzog’s latest documentary, could easily have been in the top five. Herzog’s study of the Soviet leader shows his usual cruel and absurd brilliance. It interweaves footage from 1980s USSR and US with commentary about the fall of the Soviet Union and contemporary interviews with Gorbachev himself and figures from the time who worked against or alongside him.

Peter Strickland’s In Fabric – a demented tale involving a coven-like department store and a demonic red dress – could also feature in the top five, and is definitely something to watch and re-watch.

Other highlights included the anime film Children of the Sea – typically enigmatic, and great to watch on a big screen – the bloody and comical horror thriller Come to Daddy, starring Elijah Wood as a son returning to his prodigal father, the intense, extremely well-made French cop thriller Les Misérables, the ambitious Australian medieval fantasy, Judy and Punch, the sentimental but effective film from Emilio Estevez about the position of the public library in an America of have-nots, The Public, and Pedro Almodovar’s Pain and Glory, a stately reflection on ageing with Antonio Banderas playing a subdued filmmaker reflecting on his childhood and career.

The only real disappointment was Claire Denis’ High Life, a space film starring Robert Pattinson and Juliette Binoche that seemed to confuse being obscure with being interesting. This film has all the right elements. Its premise is great – deep space experiments into sexual reproduction involving death row inmates – as is its cast (and budget). But nothing really works, and, aside from a moderately interesting final 20 minutes or so, the whole thing was something of a bore.

One of the annoying aspects of festivals playing across multiple screens – and Sydney has been expanding its number of screens in recent years – is that one seldom gets to see everything one wishes to see. Some of the bigger films I missed, this year, which are, from all reports, excellent, include: Thomas Vinterberg’s submarine thriller, Kursk, Florian Henckel von Donnersmarck’s Never Look Away, Korean auteur Joon-ho Bong’s Parasite – which won the festival prize – the Mongolian thriller Öndög, and the Jim Jarmusch zombie film The Dead Don’t Die.

Most of these will see general theatrical release in Australia, so perhaps festival tickets are better used catching films otherwise impossible to see on a big screen. 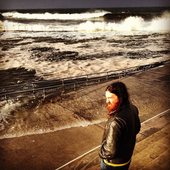