The new Labor government has promised to make a significant change in the life of Aboriginal and Torres Strait Islander Peoples, with a full commitment to the Uluru Statement from the Heart. But rather than waiting for a referendum to enshrine the Indigenous Voice to parliament, Labor should do it now.

The authors of the Uluru Statement have suggested May 2023 or January 2024 as likely dates for a referendum to be held. The Minister for Indigenous Affairs Linda Burney has stated it is a “goal” to have the referendum in the first term and will push ahead regardless of bipartisan support.

However an act of parliament could see Indigenous Voice implemented in the next few months. And with a majority in the lower house, Labor has the capacity to negotiate it through the upper house.

An Indigenous Voice to parliament and government does not require a referendum. This is only needed to make it a part of the Constitution.

The advantage of enacting a Voice now is Australians will be able to see how it works in practice and gain a better understanding of its value and importance.

“We all grow, we all change. There's no shame in that. In fact, that is what the journey of reconciliation is all about."
Linda Burney calls for Peter Dutton to show his 'different side' w/ support for Indigenous Voice to Parliament https://t.co/rz0RsQ2t0J via @ABCaustralia

The limitations of a referendum

Democratic literacy and trust is low in Australia, and of 44 referenda held since federation, only eight have passed.

This proposed referendum would not be like the plebiscite for same-sex marriage, where most people have an understanding of what marriage is and why same-sex couples might want to have recognition in a formal ceremony.

An Indigenous Voice  is a new form of advice-giving to parliament and government that is hard to imagine without seeing it in action. But if it simply becomes a regular part of the political system – as a way to receive advice from Indigenous Peoples on Indigenous issues – there will no longer be confusion about the process.

Read more: Albanese says Voice must be in the Constitution

At the state level, we already have some precedent for opening up ways for First Nations Peoples’ to have a voice in political processes, without a referendum.

The Victorian Aboriginal Assembly was created in December 2019 from an act of parliament for a democratically elected Aboriginal body to discuss Treaty. In effect, this has seen an Aboriginal body become part of a state’s decision-making relationships. The Assembly is successful without enshrinement and has progressed Treaty through the increased use of legislation. This includes the historic bill currently with the Victorian government to establish a separate and independent Treaty Authority to deal with disputes and oversee negotiations.

Read more: An Indigenous ‘Voice’ must be enshrined in our Constitution. Here’s why

For example, the Guardian Essential Poll shows that while support is steadily growing, 47% of surveyed Australians still do not support the Voice being enshrined in the Constitution.

Australians should know going into a voting booth exactly what they’re getting in exchange for their support. The more clarity, the better.

In the 1999 referendum loss for a republic, even while urban areas voted in favour of it, former prime minister Bob Hawke said “it was clear that a majority of Australians wanted a republic but there was confusion about the model”.

If the Indigenous Voice were to be enacted now, this would indicate the new government is serious about healing relationships between Indigenous Peoples and other Australians.

It would ensure Australians are aware of what the model looks like and mean Aboriginal and Torres Strait Islanders would not have to wait for a referendum for their democratic rights.

This way, even if a referendum failed, the Indigenous Voice would still stand.

Read more: Our research shows public support for a First Nations Voice is not only high, it’s deeply entrenched 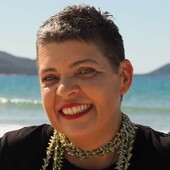