TAGG-Toorak Times
Home CONTRIBUTORS/BLOGGERS Explainer: why is the Victorian government extending the state of emergency, and...

The Victorian government has announced its intention to amend the Public Health and Wellbeing Act to give it the power to extend Victoria’s state of emergency for up to another 12 months. The need for an extension is self-evident. The length and nature of the extension is not.

Victoria’s state of emergency was first declared on March 16 2020. Since then, it has been extended every four weeks.

The last of these extensions is due to expire on September 13 2020, at the end of the stage 4 restrictions to deal with the latest COVID-19 outbreak. That will take the total period of the state of emergency to six months – the maximum allowed under the law.

However, as the daily numbers of new infections and fatalities remind us, the pandemic is not over, and nor is the government’s need to issue public health emergency directions to control its spread. This is why the Andrews government needs to amend the legislation to enable it to continue the state of emergency and its emergency powers.

Extending the maximum period for which a state of emergency can be declared by 12 months does not mean Victoria will remain in lockdown for another 12 months. The two should not be conflated. The government would still have to declare a continuation of the state of emergency every four weeks.

The more pertinent question is whether the government needs to extend the power for another 12 months, and whether it should be subject to any conditions or changes.

Victoria’s public health emergency powers vest extensive legislative and executive decision-making authority in the hands of a select few. Specifically, unelected public health officials are given extraordinary power. They have declared severe restrictions on our freedom of movement, association and livelihoods. These include directions requiring people to stay at home, restricting their activities outside of home, and compelling them to wear a mask.

When parliament enacted the Public Health and Wellbeing Act, it saw fit to grant these powers for a maximum of six months. After that, it required the government to return to parliament to seek an extension. Premier Daniel Andrews now wants to increase that period to 12 months. The justification for the longer period is not strong.

That the pandemic may continue for another 12 months is an insufficient reason to freeze parliament out of the process. The impact of the public health measures on the economy, and on our social and civil liberties, is dramatic.

Whether the right balance is being struck should be debated. Requiring the government to return to parliament periodically (say, every three or six months) if it wishes to extend its powers will facilitate that debate.

A 12-month extension also risks locking in the emergency power regime. Presently, a Victorian parliamentary committee is inquiring into the government’s response to the COVID-19 pandemic. Some of its findings can then be debated in the parliament if the government is required to request a further extension.

The opportunity for parliament to be engaged (and to perform its role as the arm of government primarily responsible for debating and making the law) is all the more important where the nature of the emergency and the role public health experts play have combined to marginalise alternative views and solutions, freeze deliberation and lock in certain policy directions.

Whether the government’s emergency powers should be extended – and, if yes, for how long and subject to what conditions – is the very debate that should take place in a democratic society. This is especially so under (dare I say it) unprecedented restrictions on people’s economic, social and civil liberties. 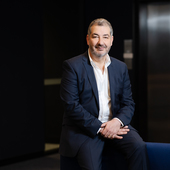 ‘Sanitised’ nightlife precincts become places where some are not welcome

VR technology gives new meaning to ‘holidaying at home’. But is...