Opponents of marriage equality often say that married and de facto couples already have the same rights. To what extent is this true? And, in legal terms, how much do the differences matter?

Already, indeed, same-sex couples in a settled domestic relationship have exactly the same rights as people who are married.

At the most fundamental level, same-sex couples do not have the right to marry and therefore do not have “marriage equality”. While de facto couples may be able to assert some of the same rights as married couples, they often have to expend significant time, money and unnecessary heartache to do so.

Marriage allows people to access a complete package of rights simply by showing their marriage certificate or ticking a box, and is based on their mutual promises to one another rather than proving their relationship meets particular interdependency criteria.

Unlike de facto relationships, marriage is recognised nationally and internationally.

The laws regarding de facto couples differ between states and the Commonwealth, and from one right to another.

For Centrelink purposes, you are a de facto couple from the moment you start living together; for migration law it is after 12 months of cohabiting (unless you have a child together or de facto relationships are illegal in your country of origin).

Under family law it is different again: a minimum of two years (unless you have a child together, have registered your relationship, or have made significant contributions to the relationship).

Where married couples use IVF, both spouses are automatically legal parents. But for de facto couples using reproductive technologies, their child’s parentage depends on whether a de facto relationship is proven to exist.

Couples who are or were married must file for property and/or spousal maintenance proceedings in the Family Court within one year of finalising a divorce, but have the option to agree to an extension of time in which to file. No such provision exists for de facto couples; they must file proceedings within two years.

In many states, a new marriage nullifies an existing will, unless that will was quite specifically worded. This is not the case when you enter a new de facto relationship. In the latter situation, if you die before making a new will, a court might need to decide how your assets are allocated (with costs borne by your estate).

In all contexts, de facto relationships require significant proof, which means partners may have to provide evidence about their living and child care arrangements, sexual relationship, finances, ownership of property, commitment to a shared life and how they present as a couple in public. These criteria can be absent from a heterosexual marriage, but it is still deemed a marriage.

Despite the wording in the marriage ceremony that marriage “is the union of a man and a woman to the exclusion of all others, voluntarily entered into for life”, it is up to married partners whether or not they share their finances, their housework, their childcare responsibilities, their homes or their beds, and how long they want to stay married.

Many states and territories have legislation permitting couples to register their domestic relationships – the exceptions are the Northern Territory and Western Australia.

To register, you first need to prove that you meet the criteria – for example, providing “personal or financial commitment and support of a domestic nature for the material benefit of the other”. Where marriage delivers rights based on a couple’s promises to one another, registered relationships still require proof that a relationship meeting the criteria already exists.

Such registered relationships are not reliably recognised overseas.

When does it matter?

While married and de facto relationships largely have equal standing before the law, only marriage is immediate and incontrovertible.

Difficulties for de facto couples arise from the complex inter-relationship between the “burden of proof”, institutionalised homophobia, and the sticky situations that can often arise in interpersonal or family conflict.

Sadly, the times when marital status matters most are likely to be times of grief, or high stress. To compound this, there are many examples of a couple’s “de facto” status being challenged by one partner’s family of origin. Marriage, on the other hand, is undeniable.

Same obligations, without the same right to wed

Same-sex couples have all the same obligations as married couples – to pay taxes, child support and so on. But they don’t have the ability to marry – to enjoy the symbolic and emotional effects of entering into a legal union with their partners before friends and family, or enjoy the legal security of having one document to confirm the legal status of their relationship.

Many heterosexual couples in Australia choose to live in de facto relationships. This is their right. Same-sex couples do not get to choose – they have no alternative.

Marriage equality is about giving couples genuine choice about how they structure their relationships. 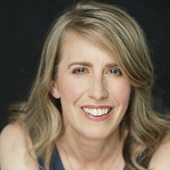 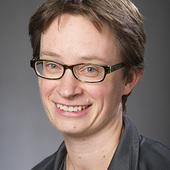