Home CONTRIBUTORS/BLOGGERS Explainer: what is leptospirosis and how can it harm us and our...

Recently reported cases of the often fatal bacterial infection leptospirosis in dogs in Sydney have raised the issue of animal diseases that also affect humans.

So what is leptospirosis? And what can we do to protect ourselves and our pets from this potentially fatal disease?

There have been at least six confirmed cases of canine leptospirosis so far in Sydney’s inner west and city in 2019, with three in May and June. Five of the six dogs died.

So far, these cases have been confined to one part of Sydney but we don’t know the source of the infection. Some people have speculated that recent building work may have dispersed rats and spread contaminated water through flooding.

How is it spread?

Leptospirosis is caused by Leptospira bacteria that rodents and other animals can transmit to animals and humans.

Clinical signs might not show up in dogs for about seven days. Early signs can be vague — fever, lethargy, anorexia (loss of appetite), vomiting and diarrhoea.

Dogs can also shed bacteria in their urine without being clinically sick (“silent shedders”). This and contact with sick dogs poses a potential risk to other dogs and people coming in contact with their urine.

Severely affected dogs can develop acute kidney failure, liver injury and jaundice (yellow discoloration of the skin), uveitis (inflammation of the eyes), bleeding and in severe cases bleeding into the lungs leading to breathing difficulties. These clinical signs are the result of damage to the blood vessels (vasculitis) and resulting damage to organ blood supply.

Veterinarians can confirm the diagnosis after taking blood and urine samples. In suspicious cases, treatment with antibiotics needs to start quickly, even before the disease is confirmed by lab tests, to minimise organ damage. Severely ill dogs will require intensive care, ideally in an intensive care unit.

How do humans catch it?

As well as being exposed to bacteria from their infected pets’ urine, humans can become infected by rodents themselves. This can be directly (from a rat bite) or if a wound is exposed to soil or water contaminated with rat urine. Eating contaminated food or drinking contaminated water can also be responsible for transmitting the bacteria.

Humans might not have symptoms for two to 25 days. But in 90% of human cases, these are mild and mimic influenza.

Read more: Four of the most life-threatening skin conditions and what you should know about them

Less commonly, more severe disease can develop, which can be similar to what we see in dogs, and is known as Weil’s disease.

According to NSW Health, these more severe symptoms include kidney failure, jaundice (yellow colouration of the skin and eye balls which indicates liver disease), and haemorrhage into skin and mucous membranes. Meningitis (inflammation of the lining of the brain) and bleeding in the lungs can also occur. Most people who develop severe disease need to go to hospital, and severe leptospirosis can sometimes be fatal.

Leptospirosis is a notifiable disease in humans which means that laboratories have to notify cases of leptospirosis to the local public health unit. This year, 51 cases have been reported so far in Australia, but none of these have been linked to the current outbreak in dogs.

How do we prevent it?

We can prevent leptospirosis by limiting contact we and our pets have to sources of infection, and by vaccinating our dogs.

Make sure dogs don’t swim in and drink from stagnant water like ponds, lakes or puddles.

Wash your hands after contact with stagnant water, soil, urine from rodents, dogs or cats or simply after any contact with pets, especially before eating.

Similarly, avoid contact with rodents, and make sure you correctly dispose of garbage to reduce the chance of attracting rats.

Read more: Four ways having a pet increases your lifespan

Until now, leptospirosis has rarely been reported in Sydney. So, dogs are not routinely vaccinated. But we currently advise vaccination for all dogs in the inner west and city area.

The vaccine available in Australia protects against one serovar (type of the bacterium), and we do not know if this is the only type causing recent problems. Vaccines against multiple serovars are available overseas.

To learn more about the current cluster, we have started a research project. This will investigate the geographical distribution of the recent outbreak and the serovars of the bacteria involved. We are also collaborating with Sydney veterinarians who, with pet owners’ consent, are taking blood and urine samples from dogs before they get vaccinated against leptospirosis.

Hopefully then, we can better understand this latest cluster and how we can protect animal, and ultimately, human health in the future. 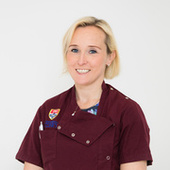 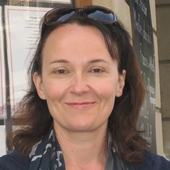 10 Things to Know Before Starting Your Weight loss Journey