Along with Bitcoin, Ethereum helped to spearhead the development of blockchain technology. Within its network, Ether, its base currency, is what’s used for transaction fees called Gas.

Seven years after it was proposed by Vitalik Buterin, Ethereum’s native coin Ether (ETH) stands as the second-largest digital coin by market cap. Used by thousands, the Ethereum network provides a platform for developers to utilize blockchain technology and create decentralized applications.

So what powers this large network of users, developers and miners? What is Gas and how does it differ from ETH? Let’s dive into it.

What is Ethereum gas? 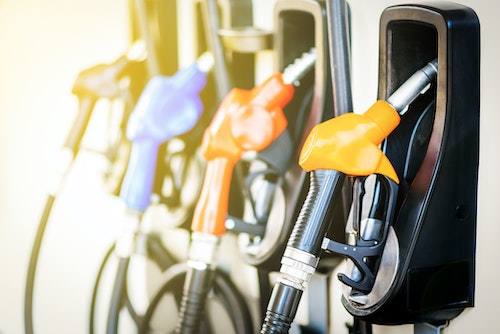 Ethereum gas is a unit that measures the cost of computational effort such as completing a transaction or executing a smart contract. Priced in small denominations of Ether (ETH) called gwei, gas is used to allocate resources to the Ethereum virtual machine so contracts can self-execute easily.

Everything you do in the Ethereum network costs gas and this gas translates to ETH. The Ether value will show the actual incentive a miner gets in exchange for completing a transaction within the network. Hence, gas is what miners consider when choosing whether or not they’ll do the computational work.

As the one who’s requesting for computational work, you set the gas price to show how much you’re willing to pay for the requested work. The amount of gas you need depends on two major factors:

Why does Ethereum use gas?

Like any other network, Ethereum is vulnerable to overloading because of heavy usage and high traffic. Each operation requires a number of gas units to complete a transaction. The network can only compute a limited number of operations at a given time, and if left unattended, the number of requests can overwhelm the system and overload it.

Miners get to pick which transaction they want to work on. However, as there are so many offers on the network, it’s hard for miners to choose. As a result, the network gets flooded with requests and time is wasted.

To manage traffic and prevent the network from overloading, the gas system that consists of gas price and the gas limit was created. Instead of choosing at random, miners now rely on a user’s set gas price and gas limit to pick which transaction they would like to work on. This helps miners decide how to prioritize their work and optimize their working time.

The gas shows the incentive the miner will receive in exchange for their service. The more complex the transaction, the more time it’ll take to complete. As a result, fees are higher to compensate for the intensive work. The opposite goes for simple transactions.

All in all, the use of Ethereum gas can be summarized in these points:

You might be asking: why is gas necessary? Why can’t a transaction cost be directly in Ether? The answer lies in the changing price of Ether: Ether’s price is subject to high volatility To create stability for operation costs, the Ethereum gas was created.

Gas is a constant number, so all operations will have a fixed number of gas units that you will pay for. You then translate this number of gas into Ethers. This is to separate the market value of Ether with the cost of operation. 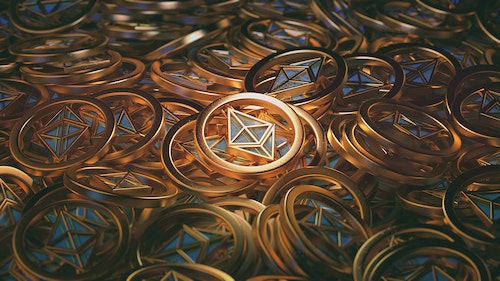 In understanding Ethereum gas, you have to know about its three main aspects: gwei, gas limit, and gas price. The transaction cost is the result of all three aspects.

Gwei is a small unit of ETH used in calculating the operation cost and the miner’s incentive. It’s the unit attached to each gas unit, making it convertible to monetary incentives.

1 ETH is worth 1 billion gwei. Gwei is used to determine how much you’re willing to pay a miner in exchange for doing an operation.

This means that the higher the fee, the more appealing it is to miners and the faster your operation will be done.

Simple transactions require less gwei and gas, making them cheaper. So the more complex your operation is, the more expensive it will be for you.

As 1 ETH is worth hundreds of US dollars, it is necessary to have a smaller denomination. Hence, Gwei is used as a smaller bill within the network.

The one who wants the transaction completed is the one who sets the gas limit. Every single transaction done in the blockchain requires a certain number of gas units to go through.

If the gas limit falls short of the required gas needed to finish a transaction, it can’t be completed. Hence, it’s important to set the gas limit properly so your transaction goes through and you don’t lose ETH.

If your set limit goes above what’s necessary, the work will be finished on time and you’ll receive the remaining ETH back. So it’s better to set a higher limit than to fall short.

So how do you know what to set as the gas limit? Remember, the number of operations needed to complete a transaction determines the gas limit.

Basically, the more complex your transaction, the higher the gas limit. Finding out the specific gas limit can be hard, but there are applications or websites (e.g. ETH Gas Station and Ganache) that help determine the limit so you won’t have to do any computations for yourself.

You might think that it’s better to set the Ethereum gas limit high so you won’t risk failure, but in reality, it’s not. Every block on the Ethereum blockchain consists of a certain number of transactions with a maximum gas limit.

Setting the limit unnecessarily high for a simple transaction only consumes space in a block that could’ve been occupied by other transactions. So it’s important to:

The average Ethereum gas price is determined by different factors on the network, including the demand for work. The higher the demand, the higher the price of gas, though you get to decide the gas price of your transaction. Remember – this is what miners consider when picking which work to do.

To get the total transaction cost, multiply the gas price by the gas limit.

According to Ethereum’s yellow paper, it takes about 21,000 gas to complete a transaction in the network. In the last five years, Ethereum’s gas price has been mostly stable at the 20 to 50 gwei range. There have been unusual peaks just like on December 8, 2016 when the average gas price skyrocketed to 939.59 gwei. This can be attributed to the heavy traffic experienced by the Ethereum network during the crypto hype. The average price dropped back to the more common value of 22.94 gwei on December 9.

Here are the highest gas prices in the last four years:

Aside from heavy traffic, the reason behind these peaks can also be attributed to the increase of ETH’s price. However, ETH’s price increase doesn’t really have a lasting effect on the price of gas since it is mostly a consensual decision between the user and the miner. The user sets a price on how much they are willing to pay, and the miner agrees to this by taking on the computational task.

Ethereum as a supercomputer

Ethereum is regarded as a groundbreaking technology for decentralizing contracts, with gas being what makes these smart contracts possible. It incentivizes miners and creates a system that prevents the network from overloading. With the gas concept and everything that comes with it, the Ethereum network has certainly managed to maintain its status as a supercomputer.

How To Choose The Best Social Media Platform For Your Business