The possibilities presented by hydrogen are the subject of excited discussion across the world – and across Australia’s political divide, notoriously at war over energy policy.

On Friday Australia’s chief scientist Alan Finkel will present a national strategy on hydrogen to state, territory and federal energy ministers. Finkel is expected to outline a plan that prioritises hydrogen exports as a profitable way to reduce emissions.

It is to be hoped the strategy is aggressive, rather than timid. Ambition is key in lowering the cost of energy. Australia would do better aiming for 200% renewable energy or more.

It’s likely the national strategy will feature demonstration projects to test the feasibility of new technology, reduce costs, and find ways to share the risk of infrastructure investment between government and industry.

There are still a number of barriers. Existing gas pipelines could be used to transport hydrogen to end-users but current laws are prohibitive, mechanisms like “certificates of origin” are required, and there are still key technology issues, particularly the cost of electrolysis.

These issues raise questions of what a major hydrogen economy really looks like. It may prompt suspicions this is just the a latest energy pipe dream. But our research at the Australian-German Energy Transition Hub argues that an ambitious approach is better than a cautious one.

Aggressively pursing hydrogen exports will reduce costs of domestic energy supply and provide a basis for new export industries, such as greens steel, in a carbon-constrained world.

We used optimisation modelling to examine how a major hydrogen industry might roll out in Australia. We wanted to identify where major plants for electrolysis could be built, asked whether the existing national electricity market should supply the power, and looked at the effect on the cost of the system and, ultimately, energy affordability.

Our results show the locations for future hydrogen infrastructure investment will be mainly determined by their capital costs, the share of wind and solar generation and the capacity of electrolysers to responsively generate hydrogen to the system, and the magnitude of hydrogen production.

Read more: How hydrogen power can help us cut emissions, boost exports, and even drive further between refills

We also identified potential demonstration projects across Australia, such as:

If we assume electrolysers remain expensive, around A$1,800 per kilowatt, and need to run at close to full-load capacity all the time, the result is large hydrogen exporting hubs across the country, built near high quality solar and wind power resources. Ideal locations tend to be remote from the national energy grid, such as in Western Australia and Northern Territory, or at relatively small-scale in South Australia or Tasmania.

There is much debate around the current cost of electrolysis, but consensus holds that economies of scale will substantially reduce these costs – by as much as an order of magnitude. This is akin to the cost reductions we have seen in solar power and batteries.

This infrastructure requires some major investment. However, our modelling shows that if Australia produces 200% of our energy needs by 2050, exporting the surplus, we see major drops in system costs and lower costs of energy for all Australia. If Australia can produce 400 Terrawatt-hours of hydrogen energy for export, modelling results show the average energy cost could be reduced by more than 30%.

The driving factor is our level of ambition. The more we lean into decarbonising our economy with green energy, the further the costs fall. The savings from the integrated and optimised use of electrolysers in a renewable-heavy national electricity market outweigh the cost of building large renewable resources in remote locations.

A large hydrogen export industry could generate both substantial export revenue and substantial benefits to the domestic economy.

To sum up, the picture above shows two possible hydrogen futures for Australia.

In the first, Australia lacks climate actions and electrolyser costs remain high with limited economies of scale, and we export from key remote hubs such as the Pilbara.

Read more: We need a national renewables approach, or some states – like NSW – will miss out

In the other, ambition increases and costs drop, and the hydrogen export industry connects to the national grid, providing both renewable exports and benefits to the grid. This also promotes the use of hydrogen in the domestic market. Australia embraces a true renewable economy and a new chapter of major energy exports begins.

Either way, Australia is primed to become a hydrogen exporting superpower. 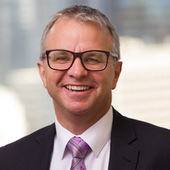 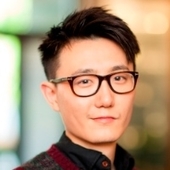 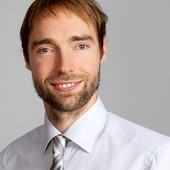 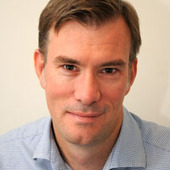 Falko Ueckerdt does not work for, consult, own shares in or receive funding from any company or organisation that would benefit from this article, and has disclosed no relevant affiliations beyond their academic appointment.

The US is taking on Google in a huge antitrust case. It could change the face of online search

Thinking of ditching private health insurance in the pandemic? Here’s how to calculate if it’s worth it for you

What Should You Know About Home Theatre Installation in Brisbane

5 Reasons Why You Should Buy a Men’s Hoodie

The Factors To Consider When You Are Looking For Café Furniture

The US is taking on Google in a huge antitrust case....

Thinking of ditching private health insurance in the pandemic? Here’s how...

So many public toilets are a last resort – why not...

Sonic havens: how we use music to make ourselves feel at...

Local news sources are closing across Australia. We are tracking the...

Explainer: what is energy security, and how has it changed?

Rocky Horror allegations throw a spotlight on acting boundaries, on and...