Australia’s energy market is outdated. It doesn’t encourage competition and that’s holding back the transition to renewable energy. Important reforms to modernise the market are on the way, but big energy companies are seeking to use the cover of COVID-19 to prevent the change.

This is bad for consumers, and for climate action. Reform would help create a modern grid designed around clean energy, pushing coal-fired generators to retire earlier. Over time, it would also bring down power costs for households and business.

Renewable energy is the cheapest form of new electricity. It’s far better for the environment than coal and gas, and can deliver reliable supplies when backed by batteries and other energy storage.

Instead of delaying reform, Australia should be advancing it.

What’s this all about?

Regulators and governments recognise the need to modernise the rules governing the National Electricity Market. That market, established in 1998, supplies all Australian jurisdictions except Western Australia and the Northern Territory.

Reliable electricity requires that supply and demand be kept in balance. This balance is primarily provided by a system known as the wholesale spot market. Every five minutes, electricity generators bid into the spot market, specifying how much energy they will provide at a certain price.

An entire redesign of the market rules is scheduled for 2025. This should make the market work efficiently and reliably as coal retires and is replaced by renewable energy.

In the meantime, one important rule change is due to start in July next year, known as “5-minute settlement”.

Read more: Grattan on Friday: The Coalition is trapped in its coal minefield

Currently, electricity is sold and sent out from generators in 5-minute blocks. But the actual price paid for this electricity in the wholesale market is averaged every 30 minutes. This means there are six dispatch periods, each with their own price, which are then averaged out when the market is settled.

This strange design has enabled big electricity generators to game the market. One method involves placing high bids in the first interval, then placing low or even negative bids in the remaining five intervals. This ensures that electricity from the big generators is purchased, but that they and all other generators receive an artificially high average price for the whole 30-minute period.

The commission says the current system was adopted more than 20 years ago due to technological barriers which have since been overcome. It argues moving to 5-minute settlement would better reflect the value to consumers of fast-response technologies, such as batteries storing renewable energy and so-called “demand response” (a concept we’ll explain later).

According to the AEMC, the rule change would lead to lower wholesale costs, cutting electricity prices for consumers.

But on March 19 this year, the Australian Energy Council, which represents most coal-fired power stations and the big three electricity retailers, sought to delay the reform. It wrote to federal energy minister Angus Taylor and his state counterparts, arguing the pandemic means energy companies must focus on “critical supply and reliabilty” issues, rather than implementing the rule change.

But energy consumption has barely changed during the pandemic, the Australia Institute’s national energy emissions audit shows. So delaying the reform to deal with supply and reliability issues appears unjustified.

Despite this, the Australian Energy Market Operator has proposed delaying the change for a year. Our submission, endorsed by energy and technology leaders, opposes the delay.

Moves by regulators to delay another 16 market reforms due to COVID-19 also seem to be afoot.

Last week, one big rule change to the National Electricity Market did proceed as planned. It allows “demand response” energy trading from 2021.

Demand response involves reducing energy consumption during peaks in demand, such as during heatwaves. Basically, the rule means big energy users, such as smelters and manufacturing plants, could power down in these periods, and be paid for doing so.

Australia has successfully used demand response to provide emergency electricity capacity and other benefits. But it’s never been unleashed in the wholesale energy market.

Read more: Australia’s energy woes will not be solved by reinforcing a monopoly

Political warfare over climate policy has held back Australia, and the electricity market, for more than a decade. But energy reform that encourages greater market competition can readily be supported by political conservatives.

The demand-response rule change is a clear example: it has been championed by Taylor and his predecessors Josh Frydenberg and Greg Hunt.

Once the health crisis is over and economic recovery has begun, Australia will need the economic and social benefits of electricity market reform even more than before.

Such reform “stimulus” would help ready the grid for the inevitable retirement of coal-fired power stations, such as Liddell in 2023.

It would also align with state government investments in renewable energy, and boost private investment in new generation (which has recently slumped) and large-scale batteries.

Electricity remains Australia’s highest-polluting sector. Around the world, electricity markets are planning the transition from high to low emissions.

Delaying reform in Australia would be a major setback on the path to our essential energy transition. 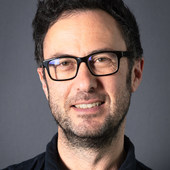 Daniel J Cass is Energy Policy & Regulatory Lead at the Australia Institute and is on the board of Solar Head of State.