Electronic cities: between COVID and gentrification, dance music is struggling to find its groove again

Hundreds of electronic festivals around the world have been cancelled. Some events have gone underground. In one case, more than 1,200 people were charged over an illegal rave party in Brittany that violated France’s COVID restrictions.

Electronic dance music uses specific spaces in a city, so it’s heavily affected by both cultural and planning policies. Our new book, Electronic Cities, studies these scenes. The contributors focus on 18 cities across the world as case studies in the development of electronic music.

The world of DJs has been studied before, but not the impacts of city policies on such a global scale. The book shows electronic music is not well integrated in cultural policies and gets little support. Music city policies often do not include this music genre.

Live venues are often not well protected by planning frameworks. This puts underground scenes that rely on small clubs at risk.

In Australia, we have seen some positive strategies, such as Agent of Change in Victoria, to protect inner-city live venues. Overall, though, electronic music is not well integrated in city policies.

The rise of a global phenomenon

Electronic music has grown from its origins in composers’ experimentation in the 1950s to encompass as many as 153 different genres. These range from commercial dance music and film soundtracks to niche/underground electronic music.

Broadly speaking, we can make a distinction between electronic dance music (EDM), also known as club music and made for dancing, and the more downtempo, conceptual intelligent dance music (IDM) made for listening at home.

Underground styles like acid techno are created by DJs, rather than musicians/producers, and are connected to specific clubs and audiences.

Australian dance music has been driven by an attitude of DIY self-reliance. Local producers such as Flume, Alison Wonderland, Will Sparks and Nervo have had international success.

All these different styles are sometimes grouped under the label of “electronic dance music culture”.

What role do cities have?

The first hubs for electronic music were in the US (Chicago and Detroit) and Germany (Dusseldorf and Berlin). Today, the culture has a global spread. Our book Electronic Cities analyses emerging electronic dance music cultures in places like Shenzhen in China, Tehran in Iran and Accra in Ghana.

Cities have used the music as a tool for city branding, to promote international tourism and to develop nightlife economies. Techno Week in Detroit, for instance, is a major drawcard for the city. In Cluj-Napoca, Romania, the Untold EDM Festival has been central to a strategy to attract tourists to this rural area.

Although some governments have embraced the industry, it has also suffered from official neglect. In large cities, small underground clubs, such as the former Club 414 in Brixton, are constantly under threat from redevelopment. These clubs have unique historic and cultural value but are not well protected by planning regulations.

Musician and record producer Mark Reeder lives in Berlin, a world centre for clubbing. He has seen the disruptions caused by the pandemic unfold. In an interview for Electronic Cities, he said:

This is the turning point that I thought would eventually happen. After 30 years of techno, it was on the brink. I believed something new was on the horizon. Obviously, I didn’t think it would be exactly like this.

Paul Curtis, the manager of Australian band Regurgitator, which straddles punk rock and electronica, had a similar vision:

We’d already been thinking for the last bunch of years – how the hell do we continue to do what we do in a world that we have to change?

The band had been operating for some time as a kind of small-scale economy, with sustainability as a focus. The collapse of venues in the wake of COVID forced some of their plans to change, but they started to rethink options.

Curtis was puzzled by the attitude of some music business colleagues:

They were saying, ‘As soon as this is over, and we get back to normal’, and I’m thinking, well that’s just delusion.

Curtis used the pandemic quiet to finish a live concert film of the band. He has been distributing it through independent cinemas and music venues that have geared up for screenings.

Australia responded to the economic impacts of the pandemic by introducing the JobKeeper payment to help businesses retain staff. But many venues and most artists and arts workers were ineligible.

Artists globally had similar experiences. In Helsinki, Finland, as Giacomo Botta explains in Electronic Cities, public support during the pandemic went only to recognised electronic dance music organisations. More marginal and underground communities, often most affected by the pandemic, were ignored.

On a more positive note, Sara Ross, speaking as part of a panel at CTM Festival 2021, explained that switching to online platforms such as Twitch – usually used by gamers – might help Toronto DJs widen their audience.

I think this situation is having a profound effect on the way people consume contemporary music and especially what we perceived as the club scene.

He notes the desperation of DJs streaming from home, and the emphasis on nostalgia – “sounds of the past becoming the sounds of the future”.

This article is a result of a collaboration between: 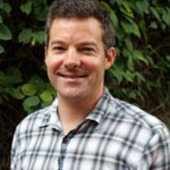 Sebastien Darchen – [Senior Lecturer in Planning, The University of Queensland]; 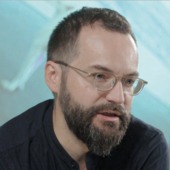 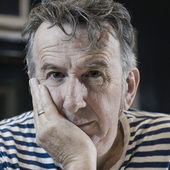