“I spent a lot of time driving in early 02017 as I tried to get my infant daughter to nap. It was a time when I was reflecting deeply on the state of the world – not uncommon for a new parent. We live in a time of rampant climate change, of political tension and rising nationalism. I could often get caught up in it all, the overwhelming knowledge that this tenuous environment was the world I had brought my daughter into.
On these drives, I found myself increasingly drawn to the wind farms in the surrounding landscape. I’d sit in my car and watch their arms sweep the sky; the rhythm calmed me.

In 01914, Sonia Delaunay was so inspired by the newly installed electric lampposts on the streets of Paris, that she painted a work exploding with colour and rhythm. The world in 01914 was not calm; like now it was coming to terms with a society transformed by new technologies, global politics were precarious and Europe was on the precipice of the First World War. In the centre of all this Delaunay walked down a street in Paris and saw the promise of the future.
Looking at this painting from over a century ago, I see not only a connection between the subject matter, nor just the historical similarities – I see now.

The winds that propelled progress in Sonia Delaunay’s Paris are the same that propel us now. But what I see when I look at the wind turbines is an opportunity, a chance to slow down, to change direction. Like Delaunay’s Electric Prisms, I see the wind turbines resonate hope in the landscape.
I see the future. A deep future. I see optimism.”
Mairin Briody 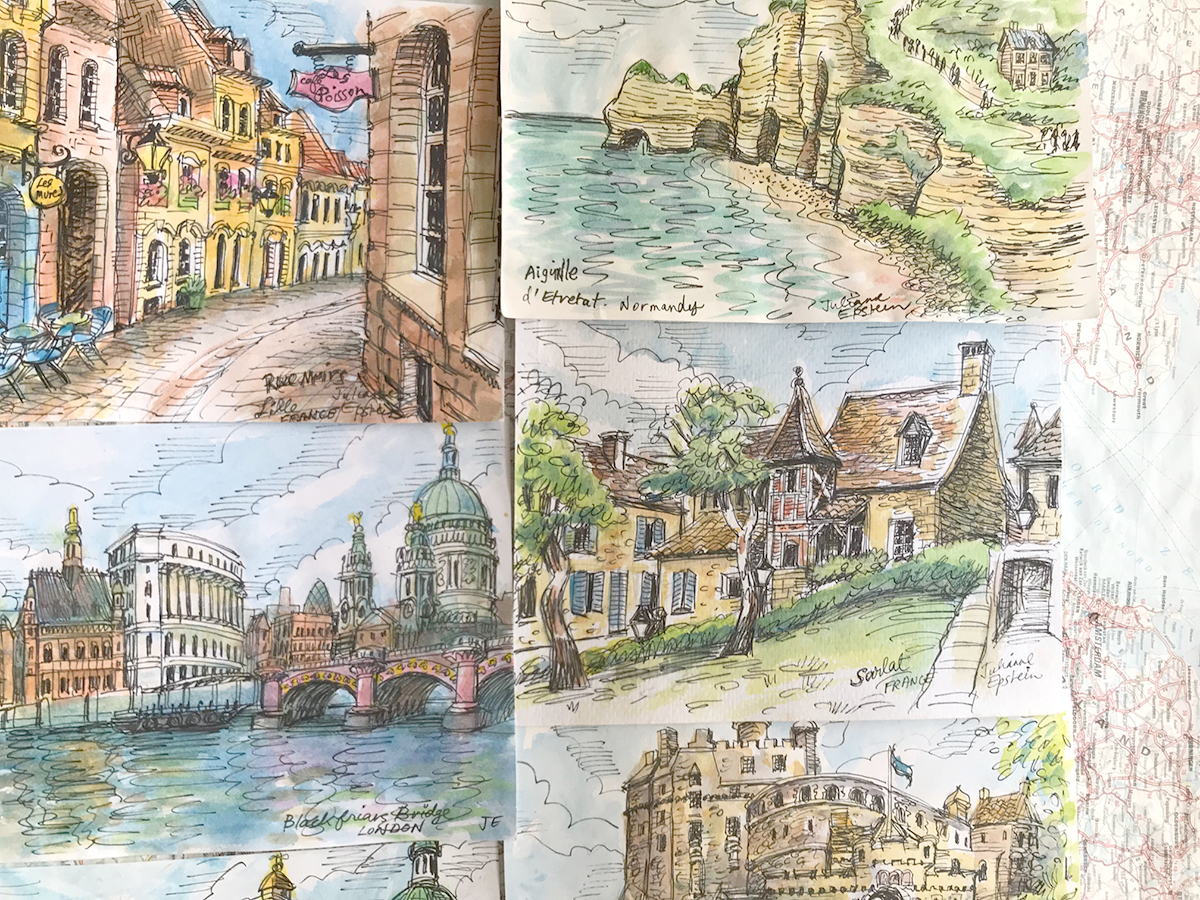 “Sketchy is a selection of pen of watercolour drawings, sketched while travelling the world. I’m always itching to sketch… if you stand still long enough I’ll sketch you too. Buildings and landscapes are inspiring to sketch, and they still… for a while.”
Julianne Epstein

This is the first of a series of exhibitions by solo artists that will be held in SHOP at TooT Artspace and running alongside openings and exhibitions in our main gallery.

TooT Artspace respectfully acknowledges the traditional owners of the land on which it operates and pays our respects to their Elders past, present and future

How to Improve Your Letterbox Drop Campaign Results

Things to consider before installing a sauna in your home

HENRY LAWSON AND BANJO PATERSON TO PERFORM IN MELBOURNE