This week the Coroners Court of Victoria released its findings into a cluster of five drug-related deaths across Melbourne between July 2016 and January 2017.

The five young males, aged between 17 and 32, were all found to have consumed an unusual combination of two new psychoactive substances. Most of the deceased thought they were taking MDMA.

Coroner Paresa Spanos has recommended the Victorian government implement a drug checking service as a matter of urgency. This is a service where people could find out the content and purity of drugs alongside a meeting with a health-care worker to talk about their drug use and test results.

She also recommended Victoria implement a drug early warning network. Data from the drug checking service could be cross-checked with other information we have about what drugs are out there, triggering alerts to warn people if an unusually dangerous substance is circulating.

As an expert witness to the coronial inquest, I argued more timely communication to the public about the dangers of this drug combination may prevent tragedies like these in future.

The drugs in this novel combination are known as “25C-NBOMe” and “4-FA”. 25C-NBOMe is highly potent — taking less than 1mg can produce strong psychedelic effects, and it can be fatal.

4-FA is an amphetamine-type stimulant which has similar effects to amphetamine and MDMA, and can cause severe harm and death.

All of the young men in this inquest snorted the crystalline powder, which dramatically increases the risk of harm.

While each substance carries substantial risks consumed on its own, the interaction between amphetamines and drugs from the NBOMe series increases the risk of heart failure and seizures.

While this combination is unusual, as recently as last year it was also detected in other parts of Australia, including the Gold Coast, Brisbane, Perth and Canberra.

How can further deaths be prevented?

In my report to the coroner, I argued if the deceased had known their drugs contained 25C-NBOMe combined with 4-FA, it’s reasonable to presume they either wouldn’t have taken them, or may have avoided snorting them in favour of a less risky route, such as swallowing.

It’s important to acknowledge that if we had a legalised and regulated supply of MDMA, we wouldn’t need to analyse samples to work out what’s in them.

While globally there has been recent work done on how best to regulate stimulants like MDMA, Australia isn’t yet considering this option.

Read more: Parents of teens, here’s what you really need to know about MDMA

Read more: How does ecstasy kill?

In the current context of drug prohibition, the most promising pathway to reduce harm among people who use drugs is to help them understand the content and purity of the drugs they may consume.

We can also monitor our illegal drug market more closely so all agencies involved in responding to drug problems are armed with the most current information and can tailor their responses accordingly.

The Victorian government and its agencies already generate useful data on drug markets. For example, Victoria Police runs a forensic analysis service for all seized drug samples, which is unique in Australia for its size and coverage. While this information hasn’t historically been used to inform public health, ways of translating this data into useful clinical alerts are currently being explored.

However, Victoria doesn’t currently have a service where members of the public can submit drugs for testing and receive tailored health advice, nor does it provide access to rapid forensic analysis outside the law enforcement context.

There are some excellent examples globally of agencies that run drug-checking services and collate, synthesise and assess new information about drug markets and issue public alerts.

The Dutch “Drugs Information and Monitoring System”, established in 1992, supports a network of walk-in offices where people can submit drugs for analysis. In the event of unexpected findings, the government can act quickly by alerting people to higher risk substances circulating in the community.

For example, in late 2014, the Dutch system detected a lethal dose of a substance known as “PMMA” in a tablet presumed to be MDMA. Combined with further intelligence about the existence of a larger batch of this tablet, the Dutch government issued a “red alert”. This involved a mass media campaign with the message “please don’t take this tablet” pushed out via television, radio, newspapers, the internet and mobile devices. No deaths were recorded in the Netherlands from this tablet. In contrast, no such alert was issued in the UK, which went on to record several deaths from these tablets.

Victoria could also learn from the system in Toronto, Canada. Similar to the Dutch service, Toronto has multiple drop-off sites where people can submit samples for testing. The service is anonymous and free. The agency publishes fortnightly online reports on the state of the local drugs market, and also issues public drug alerts where warranted.

This isn’t the first time drug checking has been recommended in Victoria. But this time, there are reasons to be hopeful government agencies will adopt some or all of these recommendations.

The Andrews Labor government has a record of acting on advice from the coroner. Examples include the establishment of Melbourne’s first medically supervised injecting room, the introduction of a real-time prescription medication monitoring system called SafeScript, and the decriminalisation of public drunkenness after the death of Yorta Yorta woman Tanya Day.

Victoria Police recently released their new drug strategy, which highlights their commitment to supporting harm-reduction initiatives and working more closely with the health department and community organisations. Supporting the coroner’s recommendations would be one way to demonstrate their commitment to these aspects of the new strategy.

This government has presided over a period of increased innovation in drugs policy. This report offers a further opportunity to demonstrate their commitment to reducing drug-related deaths in Victoria. 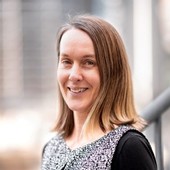 Monica Barratt receives (or has recently received) funding from Australian (National Health and Medical Research Council, the Australian Institute of Criminology, the National Centre for Clinical Research into Emerging Drugs) and international (US National Institutes of Health, NZ Marsden Fund) sources. She has conducted commissioned research for the NSW Coroner’s Office, the WA Mental Health Commission and the Victorian Department of Health. In addition to her role at RMIT, Monica is a visiting fellow at the National Drug and Alcohol Research Centre, UNSW Sydney. She is an editor for two peer-reviewed journals, the International Journal of Drug Policy and Drug and Alcohol Review. She also has leadership roles at two not-for-profit harm-reduction organisations: The Loop Australia and Bluelight.org

Aluminium slat fencing is a great way to add security and...

Why Should My Security Door Have a Three-Point Lock … And...