There’s a great moment in George Eliot’s 1861 classic Silas Marner, where a young woman bemoans how people with “neither ache nor pain” want to be “better than well”. Written more than a century before the rise of the “wellness industry” of exclusive gyms, self-help and endless supplements, the phrase is prophetic.

Now comes So you think you know what’s good for you?, a book promoted as the “ultimate health guide” from Australia’s highest profile doctor. A medical journalist with a global reputation, Dr Norman Swan has been a broadcaster with the ABC for almost 40 years.

Swan’s ‘So You Think You Know What’s Good For You?’ debut at number two: https://t.co/WaOHNv91Ke

Despite it’s smug title, and a few possible flaws we will get to later, the book has lots of welcome common sense and evidence-based tips for living healthier. And some surprises too, such as suggestions for how young queer people might best come out.

Perhaps this book’s greatest strength is its key message, often repeated, that with health, it’s better to focus on the bigger picture, the whole complex package, and not obsess too much on a few of the individual bits and pieces of the puzzle. Rise above the nutrients and think more about sharing a decent meal with loved ones, because, “social connectedness is the foundation of well-being.”

One of the big myths busted early in the book is what Norman delicately calls the “bullshit” idea that wellness is some state of perpetual bliss we can all aspire to. “Wellness and well-being” he writes, “are intermittent phenomena”, appreciated because they stand out from the rest of our lives.

The odd bit of myth-busting aside, the book covers a lot of familiar ground. Sugar rots your teeth. Eating better, exercising more and drinking less booze will boost your chances of staying healthy longer. We’ve heard it before, but it doesn’t hurt to hear it again. And unsurprisingly, it’s convincing when it comes from this respected celebrity.

Just reading the book’s opening pages made me reach for a mandarin. By day two, I’d decided to get off the couch, stop reading so much George Eliot, and do some more vigorous exercise. By day three, our household was stocking up on extra garlic and discussing extra virgin olive oil around the dinner table with our seven year old.

The strongest section of the book is about food. Amid the analysis of different dietary fads, there’s some simple advice:

The more plants you eat as a proportion of your diet, the better.

The classic Mediterranean diet, with its olive oil and leafy greens, gets a very big tick. Vegan fasting, despite no strong evidence to support it, is deemed worth a go.

Additives and enhanced food are written off as more about marketing than nutrition. Vitamin and mineral supplements are a multi-billion dollar industry based on very little science. “Largely a con”, says Norman.

The elements of surprise

Despite an early promise in the book there’ll be no human interest stories, there are quite a few anecdotes about the author, which will no doubt please his fans. We learn that Norman almost never sleeps, loves a daily nap, hates almond lattes, is recovering from a salt-addiction and once consulted a dietician who suggested the reason he was hungry all the time was because he ate too much.

Much more seriously we hear stories from a grey Scottish childhood with a father who “hadn’t a clue about child rearing”, and see glimpses into a year-long episode of “stomach-churning anxiety” due to illness, separation, pain and loss.

The opening of my book “So You Think You Know What’s Good For You?” courtesy of last night’s ⁦@ABCthedrum⁩ pic.twitter.com/HbvzzCWQwg

One powerful story features the four-year old Norman, on a visit with his father to a Christmas carnival. Against his wishes the toddler was “plonked” alone on a fast-moving ride, and his resulting screams of terror were misread by his “gormless dad” as just being the normal fun of the fair.

He uses the anecdote to highlight the stress that can come from a loss of control. And that opens a great section on how society’s structures can undermine our sense of control on a mass scale, and how so much of our health is determined by government policies on housing, education and fairness.

The bit about sex

One whole section is titled “The sex thing”, which like the rest of the book, contains a good dose of common-sense. There are musings on whether a rating system is needed for pornography, strong endorsement of the role of condoms, and caution about cosmetic genital surgery.

Particularly welcome was the celebration of the clitoris, whose role in the reality of sex is still stubbornly ignored by too much of the wider screen culture. “The vast majority of women do not orgasm with penetrative sex alone” writes Norman, because “the clitoris is usually the source of women’s orgasms.”

And there’s a mention too of the push to label women’s common sexual challenges as a medical condition of low desire. “Call me a cynic,” he writes, “but creating a name for a problem is a prerequisitie for the pharmaceutical industry to find a treatment.”

He’s dead right. My book Sex, Lies and Pharmaceuticals documented how an alliance of sex researchers and drug companies have repeatedly tried to create new categories of illness, in order to build billion-dollar markets. And in my book with Alan Cassels, Selling Sickness, we expose how this problem of medicalising ordinary life is widespread across the medical landscape.

One weakness, for me, was the book’s structure. There are lots of very short bites, sometimes not so coherently arranged, and a feeling now and again that words were written very quickly. The section on potential health impacts of screens and devices was just seven pages, compared to other sections that ran for more than 70 pages.

Another minor concern is the referencing. There’s a mountain of references at the end, but no use of endnotes, so it’s sometimes hard to tell which statements arise from evidence, and which are Norman’s analysis.

A deeper concern is that parts of the section on “Living Younger Longer” might feed unhealthy obsessions with constantly measuring all those individual risk factors, such as weight, waste, blood pressure and cholesterol.

The “worried well” are already the target of unbalanced promotion disguised as journalism that urges us to test more and more frequently for the early signs of heart disease, dementia and cancer, without any mention of potential downsides, such as unnecessary diagnosis and treatments that may bring us more harm than good.

The book has the occasional poke at drug or food industry marketing, but it doesn’t go into much detail. You won’t read, for instance, that medicine’s evidence-base has been distorted through commercial funding and influence, or about global campaigns, such as The BMJ’s, to forge more independence from industry, and produce more trustworthy evidence.

Similarly, the book has the occasional enthusiastic plug for the value of medications – for depression, high blood pressure or high cholesterol – but there’s no mention of the huge threat to your health from overdiagnosis and the overuse of tests and treatments. 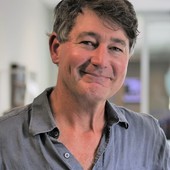 Ray Moynihan is at Bond University’s Institute for Evidence-Based Healthcare, a member of the National Health and Medical Research Council, NHMRC-funded Wiser Healthcare research collaboration to reduce overdiagnosis, author of four books on the business of medicine, and host of The Recommended Dose podcast, produced by Cochrane Australia and co-promoted by the BMJ. He receives funding from the NHMRC, and has co-produced a television program with Dr Swan.