Australia’s biggest city is abuzz with news of yet another housing development declared unsafe for human habitation. This time it is apartments built on a toxic dump the local council fears was not properly cleaned up.

In the past 12 months three other significant Sydney developments have all been evacuated due to major building defects. The plight of residents forced from their homes has focused national attention on issues to do with shoddy apartment construction, such as poor regulation and lax enforcement.

What gets less media attention is a greater systemic problem: the fact that hundreds of thousands of Australians are forced into inadequate or unhealthy housing by high housing costs. Thousands are evicted by landlords wanting higher rents. Some end up homeless.

These problems are underlined by the latest data on housing occupancy and costs from the Australian Bureau of Statistics.

The figures show Australia has an excess of housing on average, but not enough for those in the greatest need.

Across Australia, an estimated 116,000 people are homeless while more than 300,000 households would like a home with an extra bedroom. Yet there are about 12 million empty bedrooms. One-third of all Australian homes have one unused bedroom. Another third have two, and 13% have three or more.

The main reason for all of this, unsurprisingly, is escalating housing prices.

After taking account of inflation, housing costs over the past decade increased 40% for home owners with a mortgage, but more than 50% for renters (both public housing and private).

Over the years governments have hatched schemes to address the issue of affordability, but the ABS data indicates such policies have made no real difference.

Across the board, these rising housing costs have bitten hardest on those with low incomes, as shown below. This chart tells us renters fare worse than home buyers and owners – and the gap is getting greater.

It’s a catch-22. Because homes cost so much to buy, you need a bigger deposit to get a mortgage. Because rents are so high, you cannot save enough for a deposit. It’s condemning whole generations to remain as tenants.

The impacts of high housing costs affect households in many ways – from long-term financial stability to health.

Our research, using the household, income and labour data collected by the Melbourne Institute, for example, suggests 2.5 million Australians (about 10% of the population) live in homes harmful to their well-being and health.

Is a slowly accumulating impact. Usually there isn’t one part of housing that erodes health. It involves high housing costs hurting mental health as individuals struggle over years to pay their bills. It might be combined with living in, say, a damp and mouldy house that makes asthma or respiratory infections more likely. It includes living in a home that isn’t secure or distant to services such as a doctor.

Unhealthy housing doesn’t affect people at random: those most affected tend to be the sickest, poorest and most vulnerable.

As a nation we are right to sympathise with those forced out of their homes by circumstances beyond their control. But there’s something perverse if the attention only goes to cases affecting middle-class Australians, to affluent apartment developments and owners worried about their investments.

There’s a more fundamental housing problem in Australia. It is a problem of our own making, and we created it by thinking too much about rising house prices and the wealth they generated for owners. Booming housing markets have had a huge down side also. It has meant some people have gone without proper food or heating or medicines to keep a roof over their head.

Here we have what economists call a market failure. It can only be fixed by acknowledging it. Earlier generations of policy makers – including the Productivity Commission’s predecessor, the Industry Commission – recognised government provision was the most effective way to provide low-cost housing. It’s time our current generation of politicians did the same.

It’s a case of not just individual developments being built on contaminated ground, but an entire system. 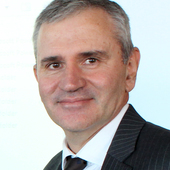 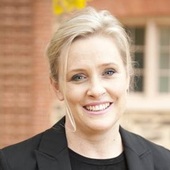 Coronavirus: how worried should I be about the shortage of face...

Research Check: do we need to worry about glyphosate in our...

Huawei is a test case for Australia in balancing the risks...

Health-care workers share our trauma during the coronavirus pandemic – on...

Grattan on Friday: The Coalition is trapped in its coal minefield

Almost every brand of tuna on supermarket shelves shows why modern...